While I was going through my videos I found a Flint the Time Detective one. I don’t even remember buying it. I’m not sure where I got it from, but I know I got it used from one of those record stores my dad and I used to go to in LA. There was no price tag on it with a name of a store on it. My friends didn’t understand why I liked Flint the Time Detective so much. I thought the characters looked cute. Sara was my favorite and it was funny. Most high schoolers would never admit to watching Saturday morning cartoons. It was so uncool and babyish. It was just WRONG! They were probably doing cool things on Saturday mornings like; working at a job, recovering from a hangover from getting drunk in a parking lot, recovering from going to a post football game kickback, or whatever my cool peers did back then. They didn’t know how crazy I was into Mon Colle Knights. That show came out when I was a senior in high school.

These are a ranking of all the ones I’ve seen. I’m only ranking series from Japan. 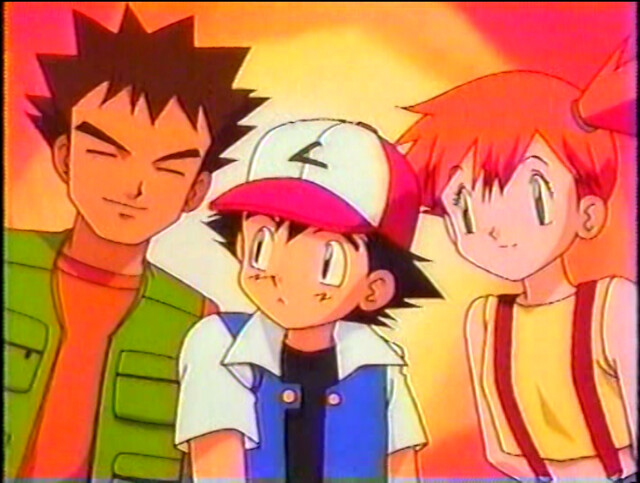 First is Pokemon of course I was going to rank this #1. It helped spearhead the Mon anime (Trend?) (Movement?) In the US at the turn of the Millennium. The rest of this list was pretty hard to rank and these are my personal rankings and solely my opinion. 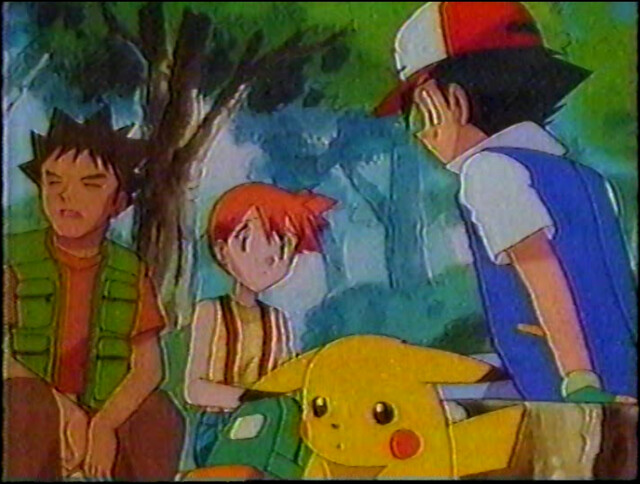 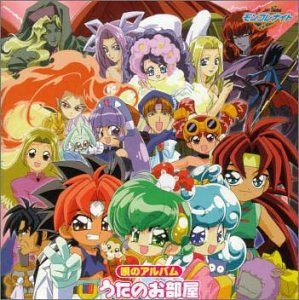 Choosing #2 was hard, but I put Mon Colle Knights in that spot. I loved this show! It never took it’s self too seriously. I think it might have been a gag dub. I was really into this show. Beginner and Kahimi were so cute. They were my favorites besides Mondo and Rockna I wish there would have been merchandise for this series like action figures or something sold in the US. 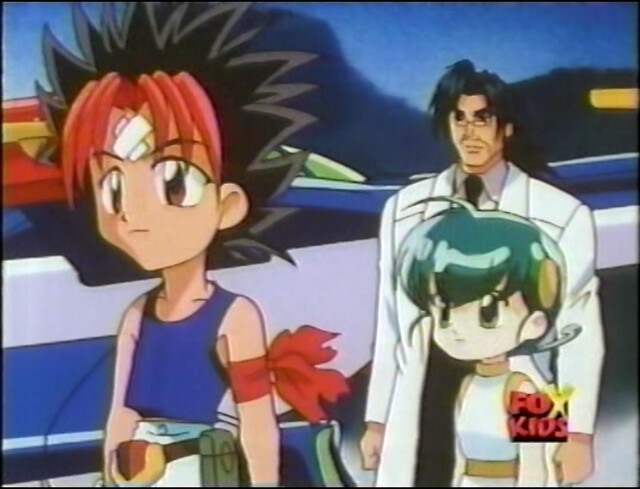 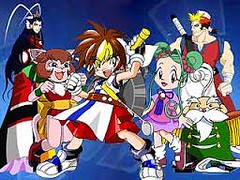 #3 is Fighting Foodons. I’m not sure why I liked this show so much too. Maybe because it was so silly! There were a few serious episodes. My favorite character had to be Pie Tin. I wish there would have been merchandise for this series like action figures or something sold in the US. 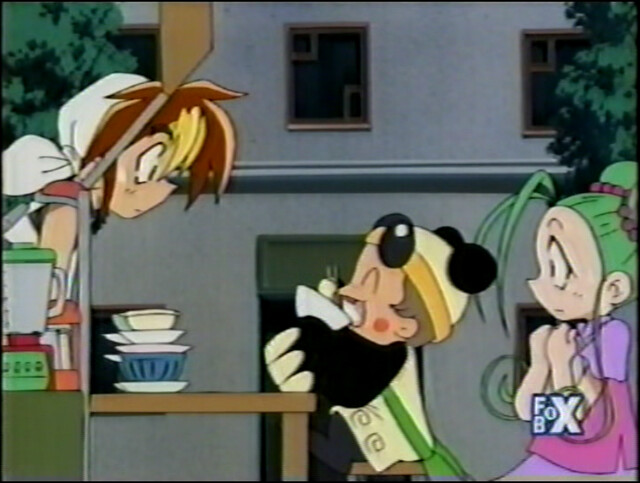 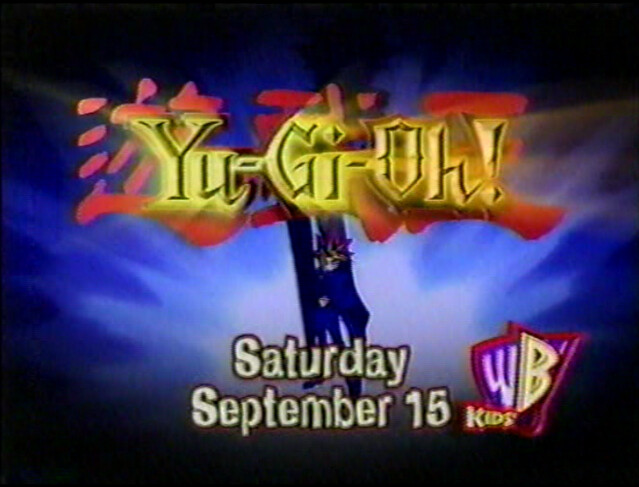 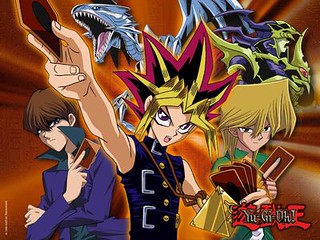 #4 Yu-Gi-Oh! What would my list be without Yu-Gi-Oh!? I got some pretty hilarious merchandise including some bootleg cards with a manga written in Engrish and a purse. I have real merchandise too like cards, school folders, some Burger King toys, and my price guide that I used for a school project. Don’t forget the cereal which was triangular shaped Corn Pops. 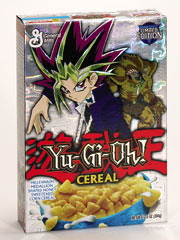 The movie was just ok. I didn’t like it as much as most of the fans did. I could not get into GX or 5Ds, but I really did enjoy Zexal. Feelin’ the flow! 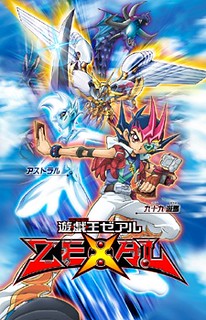 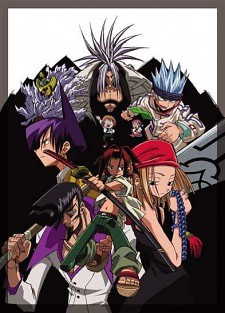 #5 Shaman King took a different spin on it with the use of ghosts. I did like to watch it when it was not getting preempted by NASCAR racing and MLB baseball. It was very silly with characters like Lily5 and Trey Racer. Maybe someday I’ll cosplay as Anna. Not because she is my favorite character from the series, but because she has an easy outfit to replicate. 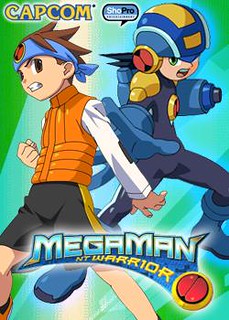 #6 Megaman NT Warrior this show was pretty good. Too bad Kids’ WB showed at inconsistent times. My little cousin who my mom and I babysat watched it. I think she only watched it because I did and it was a cartoon. She was under 4 at the time. Her favorite character was Yai. I remember my cousin liked that she drank strawberry milk. I used to doodle pictures of the characters that boring mass media class. 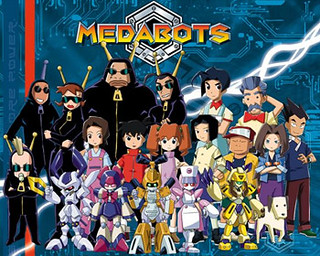 #7 Medabots I remember getting 2 Medabots DVDs. They were some of the first DVDs I owned. I never saw the 2nd season. I think? It went to cable. I did buy a few figures at the KB toys years after the show ended for a couple bucks each. 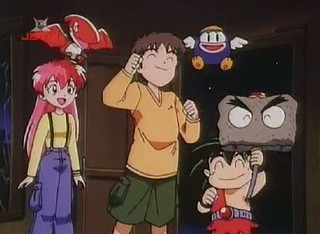 #8 Flint the Time Detective I was way too into this show. I used to dance along to the theme song. I don’t know. (See opening paragraph). This is the video I got at the used record store. 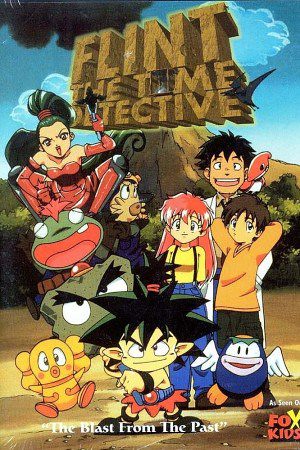 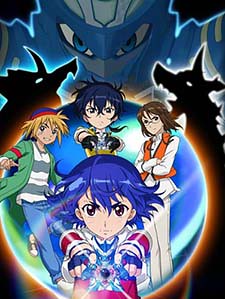 #9 B-daman Crossfire This was a good show. Too bad Vortexx didn’t think so. The story was pretty good. Rory with her bunny ears. After the show waned in popularity I saw B-daman Crossfire toys at the dollar store, but I could not get them while combating my clutter problem. I think I watched a few episodes of the first B-daman series (Battle B-daman) that was on in the US, but I could not get into that. 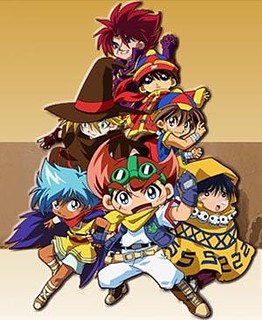 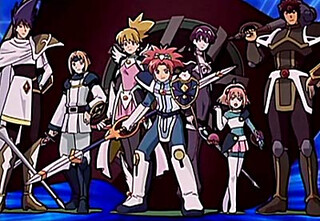 #10 Spider Riders this show was good, but there could have been I don’t know…more? It was pretty funny though. I finally watched the whole series when ThisTV showed it during one of their kids’ blocks. I used to get in so much trouble for watching it because it came on so early in the morning. 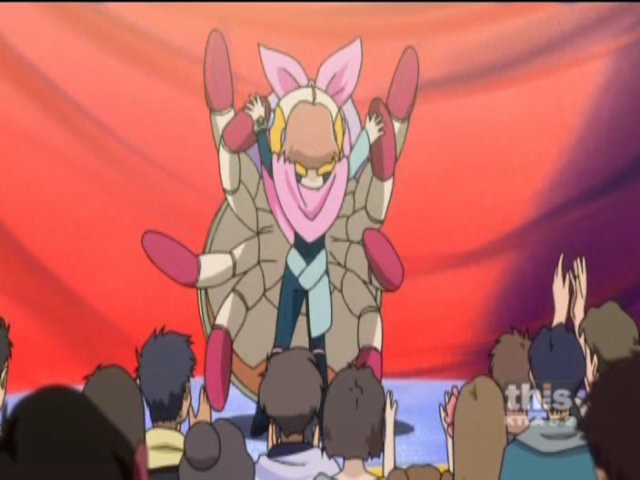 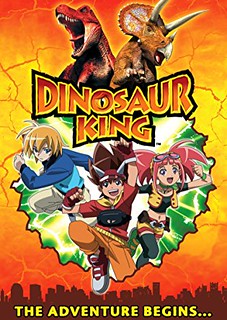 #11 Dinosaur King if me longing for Pokemon so hard when this came out I think I would not have liked it so much. I think I didn’t start watching it until like 2009 or 2010? I remember buying some cards at the Dollar Tree. They were pretty cute. I remember I had made my own Dinosaur King computer wall paper. 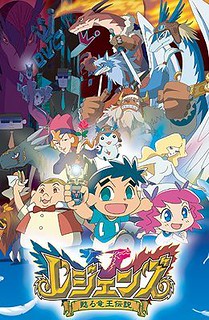 #12 Legendz I really liked this show. They used to show this in an FCI block of children’s programming in the mid 2000s along with Chibimaruko Chan. I would have rated it higher, but FCI didn’t subtitle their anime. I had recited the theme song as a poem for a writing class. 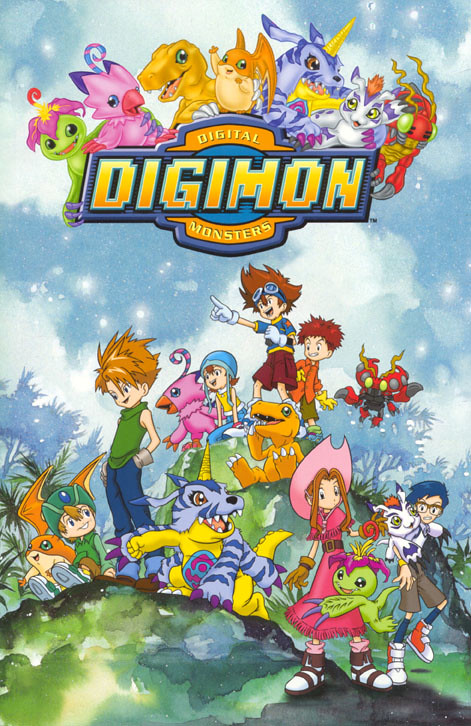 #13 Digimon Adventure I really tried to get into this show, but for whatever reason I didn’t like it. I think I watched up to episode 20  or somewhere around there. I thought Patamon was cute. 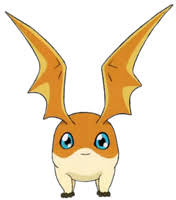 Did I even own any Digimon merchandise? After a while I used to watch it when there was nothing else on tv.My friend (one of the people who make fun of me for liking Flint) really liked Digimon season 2 especially Mimi. I think he had a crush on Mimi. I enjoyed Digimon Frontier more than Digimon Adventure. 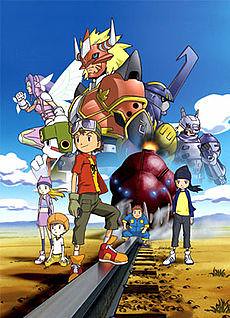 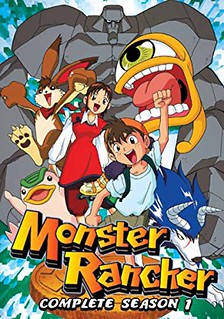 #14 Monster Rancher for whatever reason I could just not get into this show at all. I watched about maybe I don’t know 3 episodes. I’m not sure it was less than 10. It just didn’t capture me. I do have a plush Moochi. My dad got it for me at a Dollar Store. It’s even in my blogger profile pic along with my Pikachu and Keroppi.