The Broken Computer Saga of 2017

I missed 8 days on neopets. And when I come back. Seriously What the FUCK?! A plot and the Daily Dare and I missed another birthday gift bag?! Well at least it wasn’t the advent. That is the worst! If I had not got my computer back by December first I would have been really mad.

I realized I had so many different things to write about so I will break them up into separate blog.

I took my computer to get looked at on the 14th of November. It took a long time to get the computer looked at. Even though i have an appointment. It took more than 20 minutes. It was mostly old people who have no idea about computers. There is usually 2 people but there was only one.

On Thursday I went to pick up the computer. When the guy and I tested it the computer did the thing I turned it in for. It locked him out. So he had to get the other guy who works there and they had to take it back. But I did leave the store with something a $5 Pokemon DVD with the 3 movies I still haven’t seen. Pokemon 4ever, Pokemon Heroes, and Pokemon Jirachi Wish Maker. 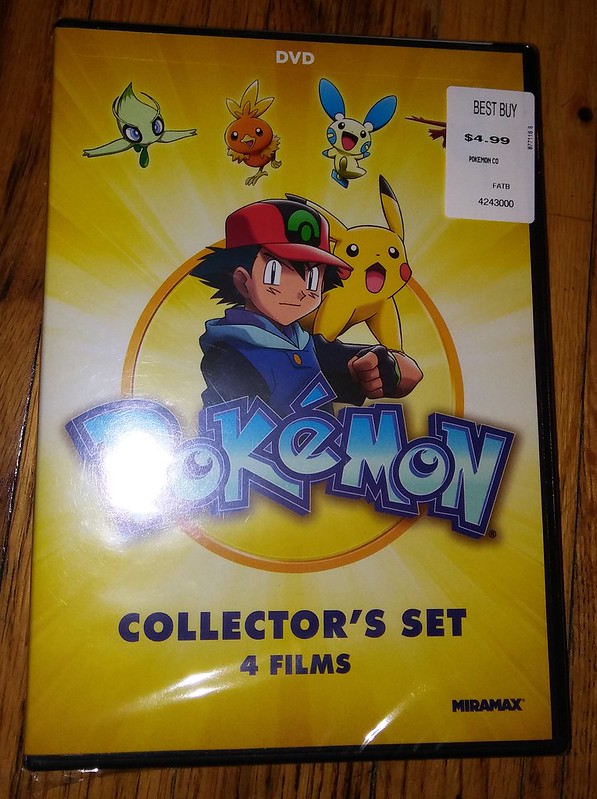 I already seen the 1st movie, 2000, Pokemon 3, and Destiny Deoxys. The Destiny Deoxys one I found on a tape that I taped from the Kids’ WB premiere.

So that I watched the 4th movie. The Pokemon 4ever movie was ok. Was there supposed to be a pikachu short? Because there was none on this no frills DVD. The movie had a lot of conspicuous cgi. After I watched the movie I watched some Winx Club for some more 4kids dubbing goodness. Lol. 😋For some reason celebi reminded me of a chao from sonic x. I watched the movie with my stuffed pikachu.

The next day I watched the 5th movie. Annie and Oakley are Rouge the Bat and Icy’s voices. The first 2 seem to have a generic opening from Brock.

I know why I didn’t like the 4th movie it was too much like Princess Mononoke which I don’t like much. I like My Neighbor Totoro, Kiki’s Delivery Service, and Spirited Away, but not Princess Mononoke. The 5th movie was way better. It sort of reminded me of the 2nd movie. During the credits I heard all those old songs they used to play on Kids’ WB. It made me really nostalgic.

On Saturday my dad was acting strange because the computer is gone. Then I remembered that usually the computer breaks during football season which drives him nuts because he can’t play this local trivia contest. You have to watch all the shows and answer all the questions right or wrong. But he didn’t answer a question during one of the first shows because he was distracted watching a show about Garbage of all things. He doesn’t even like them unless my constant listening to them turned him into a fan or something.

Later in the day they called to pick it up. And we went there but it was still doing the same thing. They said it was a corrupt version of windows 10 that thing has giving me problems 2 months after I got it. Then it cost $60 for an external drive. And they have to do a system restore. I had to explain to my dad again that it erases everything. Again. I know we have done a few system restores. Well now he can’t play his game unless he uses my phone to text the answers. He was really impatient at the store. 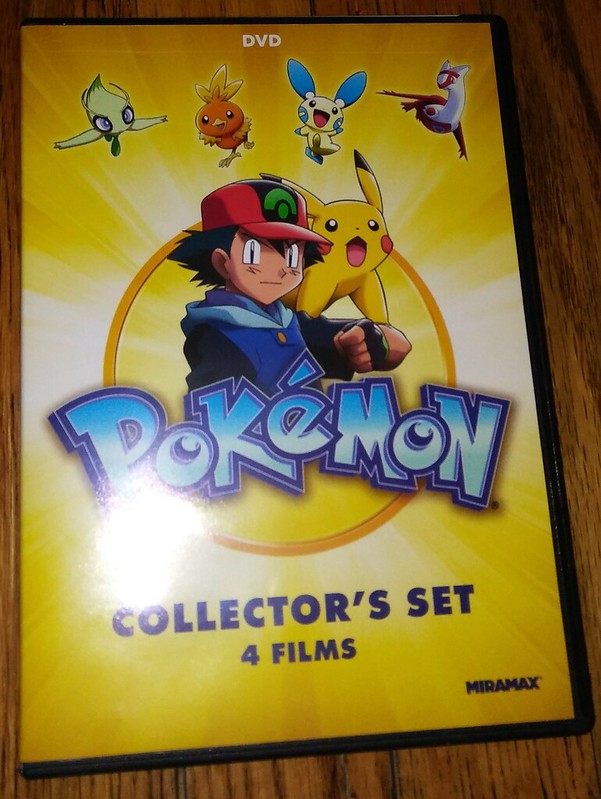 Besides watching Pokemon movies I watched old DVDs of Are-Oh-Vee. I would watch them at 1AM and pretend I was watching the show. My dad was mad because I was up so late.

On Sunday I had to play that trivia game for him on my phone.

On Monday I called home during a break from rehearsals to ask if anybody called about the computer. My dad expected I took the paperwork for it to school. Why? I don’t want to lose that. When he came to pick me up he had me call for the computer in the school parking lot but they just put me on hold for a long time.

I finally get the call to pick it up on Wednesday night. It was so crazy in the shopping center there is a bunch of things there like a Home Depot and a Sam’s Club. They said they saved the files. I still think a lot of the files are gone. I can’t find them. I think they did a restore to a point.

I hate having a broken computer more than a week. >o<