I took pictures of this old book ornament. I really like the look of the anime girl on it. I think she is really cute. 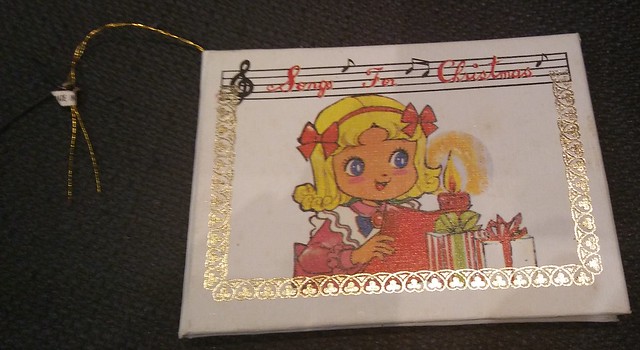 I just love the pictures in this book. 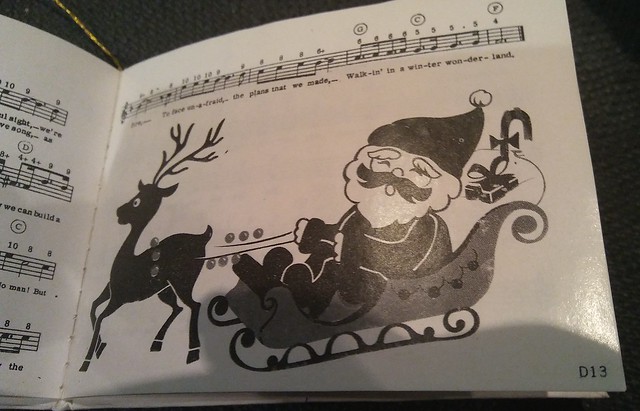 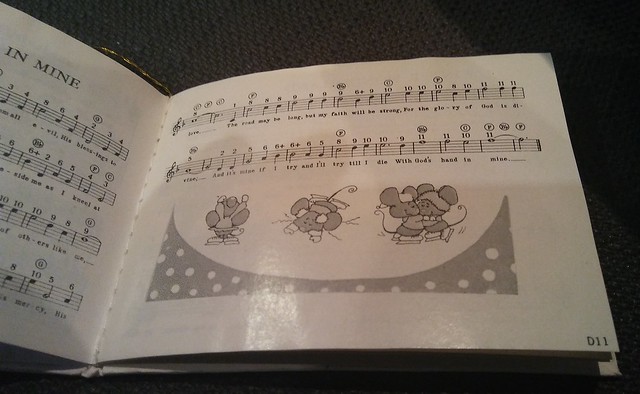 The book had some blank pages at the end so I drew in it. This drawing says “karate people”. 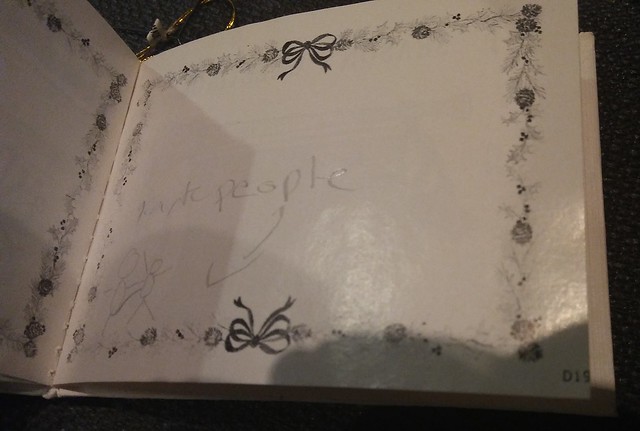 A few years later my younger cousin was helping my mom decorate the tree when he found the drawing in the book and asked who drew in it. My mom knew it was me. When I drew in it was the Christmas of 1995, and I was 11 so that was 22 years ago. 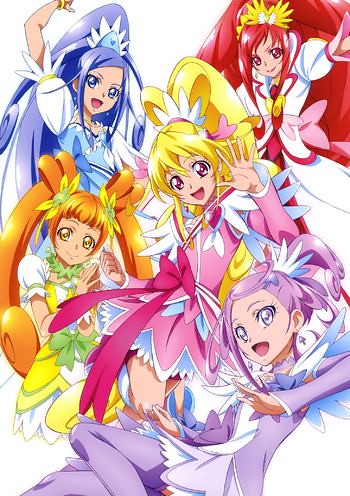 I decided to start watching Doki Doki! Pretty Cure. I’ve only seen 2 episodes. I think it’s ok for now. I really can make a judgement on it.

For my essay I’ve written about 1/10 of it and it’s due Monday. I haven’t even formatted it.

you know these people they come to your house late at night pestering about some fake contest. But they are really those scuzzy magazine sellers. I haven’t seen one in years. I’d say at least 4-5. I think since my last apartment was on the “bad side of town” not even magazine crews ventured there.

Oh yeah and I realized I’ve had my phone for 1 year today. Today just so happened to be the day that the charging cable began to fray.