Something came over me this morning at 2 something AM to check my grade. I ended up going on a youtube rabbit hole and ended up watching 2 hours of consumer affairs videos, but something told me to check my grade. They were finally posted. I didn’t think I’d see that grade. I thought it was going to much worse.

So apparently the essay that was 40 words short was not really a problem. I think where I really racked up the points was going to each rehearsal.

Will this grade make me rethink about wanting to quit school with only one class left? Not a chance!

Math is hard and the class is expensive. And the tutors there aren’t that great.

I always hated math ever since first grade. My problem was that they would just give us problems and not explain how to do them which lead to me being really confused most of the time.

So at the end of the year in 6th grade they made us take a math test to see which level of math class we should take next year in 7th grade. I honestly had no idea what I was doing. I never did follow “the test taking secret” they drilled into our heads in high school of when time is running out to just fill out one letter on a multiple choice test. Like all “C”s. Me, I like to make it random. How do you even know any of the answers are even going to be “C”?

So I get put in a class that taught high school level algebra. I was in way over my head. I had a math book that had a bunch of symbols in it that I didn’t understand/learn yet. It was like reading another language.

I’m a stupid 12 year old emphasis on the word “stupid”. So I bought all the lies they told me about how great this class would be for me. Stroking my ego and stuff. At the time I didn’t care about going to college or advanced math. People like to think I’m smart because I kinda know math. I’m good at fooling people about this. I never really understood the assumption that if you are good at writing that you will be good at math, or at least at my junior high and high school did. Sorry to say people I’m not a “double threat”. 😦

I did learn about pool expansion. Here was the problem: “Minnie Mouse has a square pool and she has 4 palm trees at each corner of her pool. How can she make the pool bigger without removing the trees?” Most people’s answers were to put them in cement. (which was mine too) Nobody could figure out the answer. For the record I think less than 5 people got the question right.

So I guess I learned something…

(please excuse the crudeness of the paint drawing) 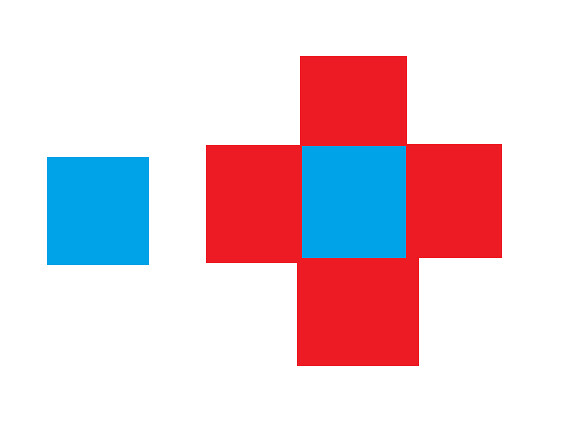 One thought on “The Surprise Grade”