Kidsclick finally showed Miss Magix episode. They skipped it the first cycle of airing the Winx Club. I’m not sure if it was deliberate or a mistake. I noticed they cut out the scene with the girl with the afro in the cinelume version. And the part when the Trix gets rid of the other contestants was shown individually and not a montage like the 4kids version used. I had to go shopping so I could not compare the episode right after. Later I watched the 4kids version. It is one of my favorite season 1 episodes along with Junior League. That is the only season 1 episode I had recorded off the tv.

I also realized I never finished my blogs about 1997. I don’t even know if all the pictures are still there in the computer. Oh well I still have those magazines laying around if I need to re-scan them. I had saved the written portion to a google docs file way before I turned in the computer.

Then I realized it will 2018 soon and I should write some 1998 themed blogs. I remembered that 20 years ago. Which made me feel old because in the fall of 1998 I was a freshman in high school. There was a lot of good music that I associate with that year and being a freshman. I can’t write about that yet. It’s not 2018.

Since there is nothing but fire coverage on tv. I’ve been watching my old Christmas tapes and DVDs. I found one of my tapes is messed up or something. Well it is from the summer of 1999. I’m a little mad/sad about it but I did save parts of it to DVD.

So I started to write my teacher a thank you note. Which I thought was a good idea to start writing during nano. Now I have big piece of purple prose shit I have to go though and find all the usable parts. It is the cat box of writing. I don’t have a crush on him anymore, but now it’s more platonic admiration.

The sandwich is just really gross. First I thought it was user error because I burned a few, but no it’s just a bad sandwich. Breakfast sandwiches are great and egg in the hole are great just not combined.

I also want to point out in this video who sleeps in like one position all night? My clothes would be a wrinkly mess.

If you are looking for pictures of butts or something you are reading the wrong blog.

I had to go to a lab to give some blood and urine samples. The blood sample went great no bruising or anything. I was all ready to leave when somebody told me I needed to come back because I didn’t pee enough.

They gave me another cup and marked how much pee I should produce, and told me to drink more water.

When I was trying to use the bathroom people kept walking in on me. And some guy saw my butt by accident. The guy that saw my butt was being annoying before that he was watching loud videos on his phone in the waiting room. The worse thing was that I didn’t really mind. I was more annoyed than embarrassed.

I slept in until 11 AM. I had a big breakfast or brunch? Before going to school. I knew I probably was not going to have a break. I made sure to drink and bring some water too.

I drank a bunch of cola before leaving to go to class. I needed to be awake and perky.

The bus was late, but I got there just in time. I got to the performance area before my class did. But I met up with them there so it was ok.

Somebody was complaining that they paid $2 for a small bag of fruit snacks. That’s why I buy my snacks at the dollar store “for cheap”. Ok sometimes I get them from the supermarket too. I remember when I first came to school there the health teacher complained that they sold individual bananas for $2, and that was like 10 years ago. 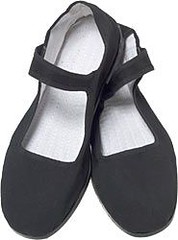 The only reason I really like those shoes is because they are way more flexible than my Converse shoes. I find the front part of the shoe make them to rigid to do some things in. 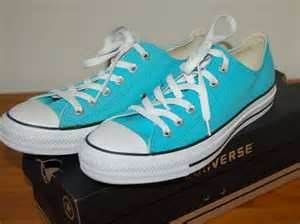 They are fine for normal stuff like walking to the bus stop and things like that. I also noticed that they are looking a bit worse for wear. I should get a new pair. They are over 10 years old. When I bought them Cena was a tweener so you know how long that has been. 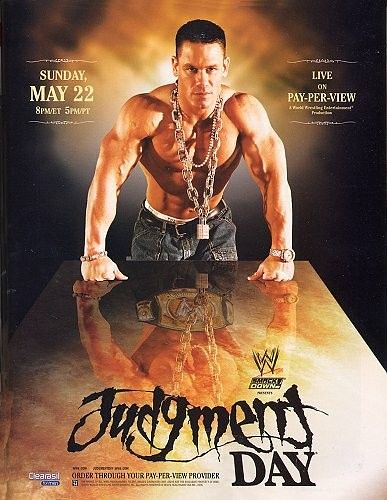 I kept going back and forth to go through my backpack for different things; snacks, writing utensil, and a hair tie for somebody else. People would come by and throw their things into the room. The teacher’s stuff was in there and somebody threw their stuff in there and knocked his stuff over. So I picked it up. I manged to find the take home final by accident. It was there so I read it. The directions were confusing, but I was not going to bring it up to him because then he would know I read it.

The communications department head came to watch our show. There were a lot less people that came than I thought would.

I blame part of it on my participation in nano. Not that I would admit that to my teacher and say something like. “I didn’t study my script for most of last week because I was attempting to write over 30,000 words for nanowrimo.” It just sounds strange, and he is not easily swayed by statements like that.

I honestly thought it was going to be a train wreck of a show since most of the shows I have been were. Provided all of those were before I became a high school freshman. So it’s been at least 20 years or so. But there was always something majorly wrong with those shows like more than half the people don’t show up or some people get in a fight or something. The best part was that I got out of my head and performed competently. I wouldn’t say I conquered it, but I improved. Baby steps people. I don’t care. I’m proud of myself for such an improvement.

After the show was over all the people who wanted extra credit could get a performer’s autograph on some slip that was passed out before the show. I signed them quickly. This seems to be one of the few times practicing my autograph in my room when I was a 4th grader came in handy. Ok I only signed 4 but still 4 is better than nothing. ^-^ (I should not let this get to my head)

When the performance was over and everybody left I noticed it was only 35 minutes long. I asked if we had rushed through it. Only because I have a tendency to rush through a performance. I get so nervous it just has to come out of my mouth. He said no. So I was like “Ok?”. He kept saying that I was concerned about time. Not really on purpose it’s just because I don’t drive; yet. And I really wanted to get out early a little bit.

After all of that they

The teacher told us about what the assignment was about. We would have to write an essay about

We would have to write about yourself and 3 other people. The other assignment was to do a piece that another person performed and perform it for the final. Another performance? Nah! I’ll take the essay. I figured if I could string together coherent or semi-coherent sentences together to write blog entries about class I could write an essay. And I did spend last month writing 32,000 words so 1000 would be easy. I was just a little upset nobody wanted to use the material I used. Oh well. I was feeling confident, but not that confident enough to do another performance for my final.

After I thought about it this assignment reminded me of one for my creative writing class. You know that one with that ditzy old teacher who wore purple boots. Anyway for our final assignment of her class she told that we could either rewrite the first story we wrote from another perspective or write poetry. At first I tried to rewrite my story, but it just didn’t work in 3rd person. I had originally written it in 1st person. So I just threw together some crappy poems because she was so out of it anyway would she really notice?

More of a 10K Person

Nano got to me! I wrote something and then I wanted to compulsively count the words.

My mom asked why I wanted to do it then she chewed me out about it again! It’s over stop bugging me about it!

I like how the email makes excuses for you. “It’s December 1, and we didn’t win NaNoWriMo this year. And that’s okay! There are so many reasons why you may not have “won” this month.

Maybe you started a new job, or had an extra large course-load this semester. Maybe a friend was going through a hard time and your energy was devoted to being their support system. Maybe you happily finished your plot around the 30,000 mark. Maybe getting the words written this month was just really hard.

Here’s the thing: winning isn’t the be-all, end-all. NaNoWriMo is about you and your writing. Whether you wrote 49,000 words or 5, your commitment and drive to tell your story is important. And, oftentimes, writing with friends just for writing’s sake in November is fun… like, best-birthday-of your-life fun.

Plus, you learn something from every attempt, even when you don’t hit 50K.”

Then there are some inspirational messages.

I failed! No excuses!

I still feel that personally writing for me is not a group activity like so many people like to make it out to be. Especially from the people who run nano.

Let’s use a running analogy. I know about running somewhat my dad used to be a distance runner. He did do marathons occasionally, but he mostly ran 10Ks and 5Ks. So I guess the equivalent of a marathon would be 50K words and what I wrote was about the equivalent of a 10K. Because it is half of a marathon. So I guess the flash fiction people would be the sprinters. So I guess instead of running the 100 you would use 100 words.

I’m bored with one of the stories I wrote. I’ve been doing “research” as an excuse not to write. I’m also upset because I wrote this great scene for one of my World fan fics and I lost the paper it was written on. 😦

The only person who seems to be interested in me completing college is my dad. My mom and I equally don’t care anymore.