This Was Hot Stuff About 20 Years Ago

To get up early I used the pee strategy like Bart Simpson used. It almost worked. My alarm didn’t go off until 5 minutes later for some strange reason.

I thought there was going to be nothing on tv so early in the morning. Except the news. I found out the black and white version of Password comes on at 5AM local time. Then my dad got mad because I didn’t know who the celebrities were. Those are from the 50s. Still working at perfecting a breakfast strategy.

My dad said he’d tutor me. Every time he has it always ended up disastrous. Him ugh. I’d rather get an “F” in math.

The bus was late and crowded like I thought it would be. All those students who like to be at school all day. From 7:30-5PM.

I was going to meet this class with reluctance and resistance like bratty pikachu being dragged up a hill. 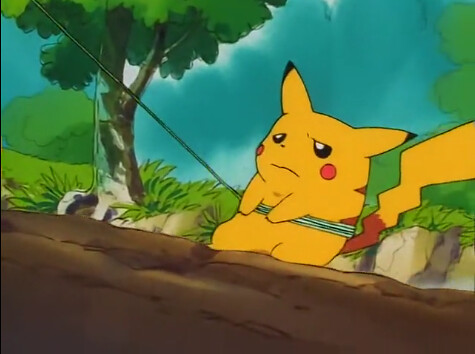 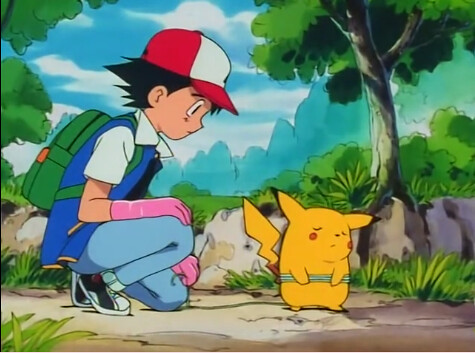 After we went over the syllabus. I realized I need so many things for this class. Like a newer model of calculator, a book (no brainer), and a binder (which I can pick up pretty much anywhere). Why are math classes so expensive?

When I asked why we need a specific model of calculator, the TI-30X IIS 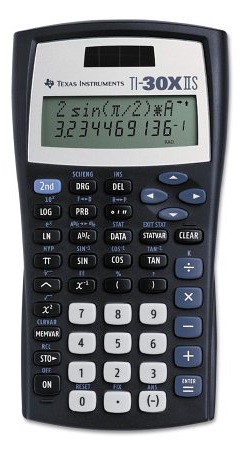 (which I figured was to prevent cheating or something) she told me because it was easier to use. When I showed her the one I already have she said it was too hard to use, and that you have to put in the information backwards, and that it was outdated. 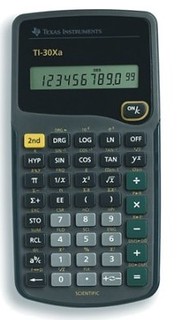 Don’t be dissin’ the TI-30Xa! These things were hot stuff back in high school which was about 20 years ago. This was pretty much all we had unless you wanted to get a graphic calculator. That cost at least $100 back then. I’ve had this model since 1998. And the one I use now since 2001. My solar model decided to conk out on me while taking the SAT of all times. This isn’t just some calculator I got 2nd hand or something. I had a hard time using it at first back in 1998 or some time around there, but once I studied the manual it wasn’t that hard to work it. I also realized that it did a lot of cool and helpful things I didn’t even know about. I hope we don’t have to do logarithms. Those are a bitch to do on that calculator. It’s kind of funny that the former teacher I had used this model. So during the break I looked up the model on my phone to see how much they go for. But after I thought about it I thought why should I waste money on a calculator for the last class I need to take here.

I do have to say that I learned more in that one class so far than I did in that other class for like about a month or so. She goes through the problem step by step. Not like that other lady. Somebody complained about my former teacher in another class going too fast. Also the last teacher covered one chapter in material in a class session. Maybe cause the class was 2 hours? I don’t know. The school has so many rules. For the first test you have to bring an ID and not leave the room. It happened last time. I just thought it was the former teacher’s rule.

I didn’t have time to make food to take to school. I really should bring a sandwich or something.

The one good thing about an early class is that there was no line for bus passes. Usually that line is out the door, and at least 15 people deep.

I just wanna quit school and look back on it and say “quitting college was the best decision I made in my life.”

One thought on “This Was Hot Stuff About 20 Years Ago”