Another Relic from my Teenage Years

Remember when I posted a blog about those old binders I found? Well here is another relic from my teenage years. When I found the binders they made me think of these pages. I have never shown these to anybody until now.

I know people like to scan and take pictures of their diary entries. Not me. I think that is the place where I can let it all out. Mostly what I write is inane anyway. Would you want to read my old entries from when I was 15 years old? I’ll just say this somethings change and somethings don’t. Like my disdain for math. I still write about the same things like shows I watched on tv and the food I ate. Or something more recent like a whole paragraph I wrote about the “Suffer Well” music video. Seriously, nobody wants to read that. What I write is kinda boring. Unless there are drawings. Sometimes I like to post those. And just the drawings.

Since I was so into music as a teenager and haven’t really stopped now. These are blank pages from a diary that I wrote some songs I really liked at the time. The first entry in that diary is from March 1999, and the last entry is dated October, 23, 1999. There were some songs I added after that. I usually go to these lists of songs when I wanna think of my freshman year of high school or when I’m looking for inspiration for a playlist. 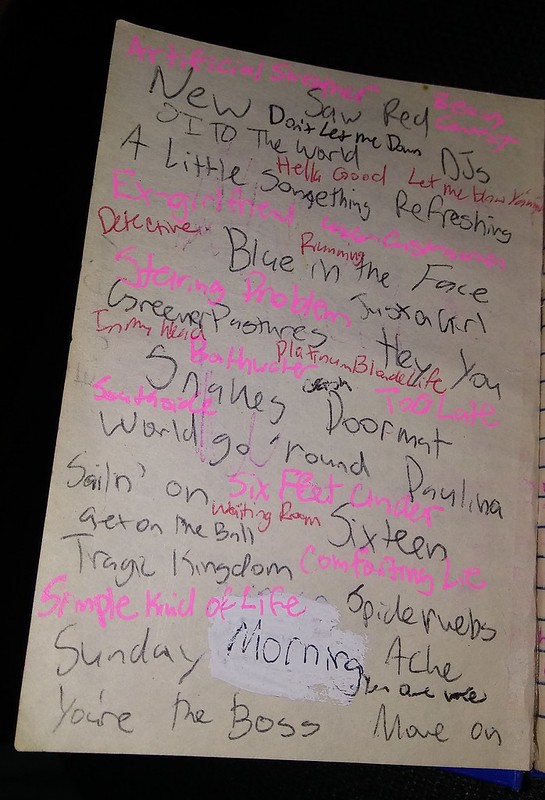 Crash [a solo Gwen song]
You Owe Me 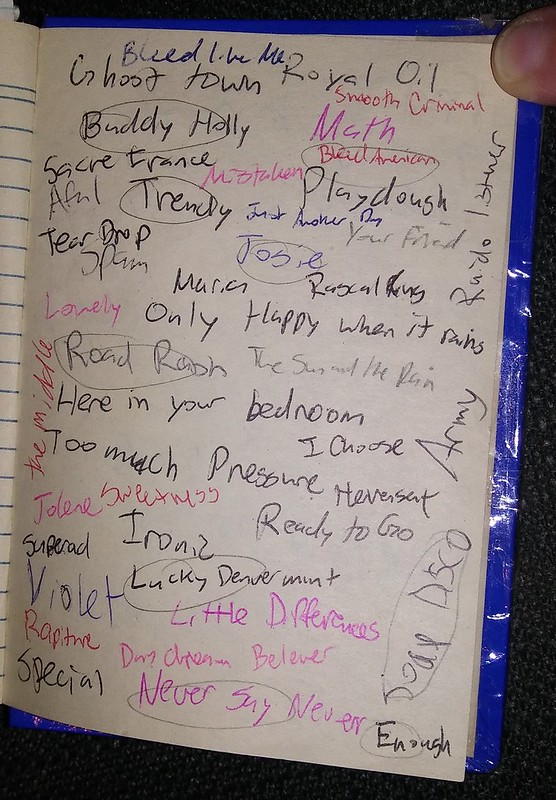 The back page is songs by other artists that are not No Doubt.
Here is a list of the songs: