Over Promise and Under Deliver

I didn’t mention this in my Branded blog entry, but this just annoys me when people who stop producing online content then they make a “comeback” they make a lot of noise and ruckus and whatnot. “HEY EVERYBODY I’M BACK AND MAKING ONLINE CONTENT.” Then either 2 things happen either they make a big fuss and do nothing or they produce very little new content like 1 or 2 blog posts or videos or whatever format the make their content in. Then I think “You made a big deal about this?”

You make a posting calendar in June saying about all the videos, blogs, and Instagram posts you are going to make in July. All they have done is write 1 measly text post over the past month?! That was 2 sentences long?! It’s already mid-July. Where are your Instagram posts and photos? I think “I really wanna follow you and consume your content, but produce something!” 😖 Also this person is hard to contact. Maybe they got mad at people asking them for content.

So I was reading this article randomly a few days ago. It says INFPs are whimsical. I can’t say I disagree with it. Then I was telling my mom about how I want to join this somewhat exclusive group of gatekeepers. Or take down the group. “Take down” is such a harsh phrase. Ok make a counter group. But when I think about those people and their groups with their superficial rules. (those hobbyists) It just gets me so angry, and stuff. Like I have to fight against it or be a champion or something like that. 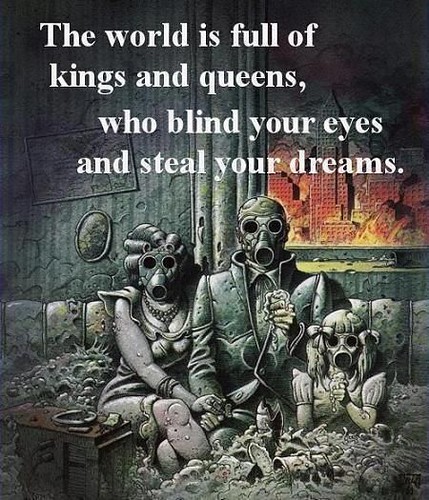 It makes me think of this lyric. I didn’t realize it was from a song until my dad was playing it aloud. I found it as a quote on pinterest. Which was a lyric to a song “Heaven and Hell”.

I’m so metal! (throws up the horns)