Goth on the Inside

Happy birthday to Martin Gore! *squee!* (This is a fangirl post gushing over Martin so if you don’t want to read something like that please move along) (There is also some mopey INFP stuff too)

It’s funny to think about 4 months ago I had no idea who this guy is.

Let’s see if I can articulate my thoughts about him in a coherent manner. (I had a really hard time writing this) It reminds me of a writing class I took where they said when you talk about why you like something it reveals a lot about yourself. First I was asking myself; “Why do I like this guy and have been so drawn to him?” 🤔 Why do I like Martin so much in what I haven’t said before? I’ll think about it.

When I read these profiles on him. He seems so relatable.

I like that this one describes him as “decadent” not a word I would associate with him. A very interesting read. This would have been from around 1984. Because says he is 23.

This unauthorized biography talks about him reading books as a child. He kinda sounds like me when I was a kid. Except I spent my time writing bad Power Rangers fanfiction and listening to rap music (a deadly combination) I also like the part when he says he was so proud of the songs he wrote when he was a teenager. I feel the same way about my “novel” when I found it. 😅😄 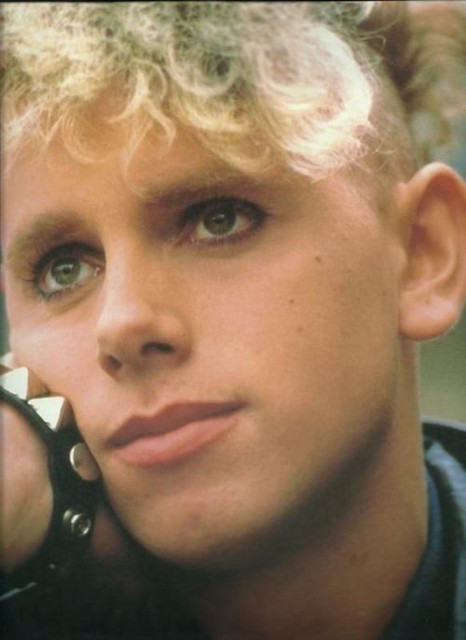 This is an incredibly old picture of him from the 80s, but he looks so cute in this one. Look at those eyes! 😍 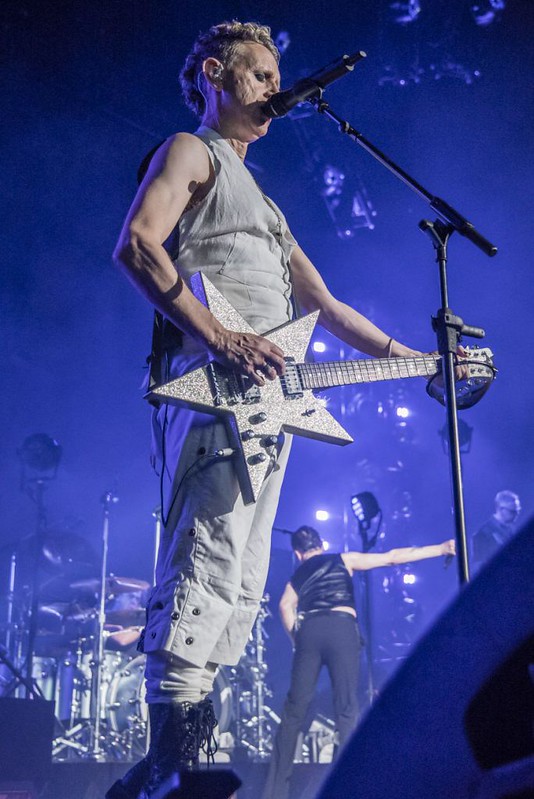 Here is a more recent picture of him.

I think I can best articulate my thoughts by quoting the song “Sweetest Perfection” which I interpret to be about admiration/adoration. 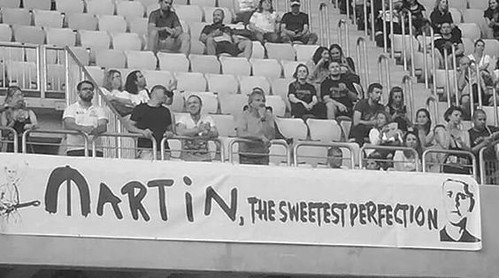 Not my banner, but I have to agree with it.

I think he comes off as adorable. He can be the adorable one Dave is obviously the sexy one. I think of him as being very bishonen especially back in the 80s. The search term “Martin Gore bishonen” is in my internet search history. Among other strange descriptors including his name and the word “dreamy” and “INFP”.

I admire that he is flashy and bold with his fashion choices, yet he is very reserved. You know he is communicating with his outfits.

I like that he is not afraid to show his fragility in his lyrics. In my opinion he is a superior songwriter compared to Dave. Dave’s songs are ok but not as good Martin’s. Because at first I had incorrectly assumed Dave was the primary songwriter. But then I found out it was Martin. You think to yourself “That one guy wrote that whole album?” I don’t know I think that’s pretty impressive. And he wrote multiple ones by himself. He wrote 7 of them they are; “A Broken Frame”, “Black Celebration”, “Music for the Masses”, “Violator”, “Songs of Faith and Devotion”, “Ultra”, and “Exciter”.

Don’t worry this is not my “What I’d like to do to Martin Gore confessions blog”. So if I met him I’d want to give him a great big hug. (Actually I’d like to do this to a lot of celebrities I admire not just him) A hug of gratitude? If I was feeling a little more daring a kiss on the cheek. Then tell him something he probably hears all the time like “I love your music!” or something along those lines. If I really had the opportunity I’d just like to sit down with him and have a deep conversation over some tea. There is nothing particularity perverted about that. What did you think I was going to write?

If I hadn’t been mourning the loss of the UTB block I would have not fallen down that youtube rabbit hole that ended up at the “Halo” music video. I really liked the video for “Halo” and would watch it repeatedly like more than 5 times in a row.

A few days later I was alone with my thoughts and watching baseball on tv. I like how baseball is a slow moving game, so you can be alone with your thoughts while you watch it. I was very upset mostly at myself. For a lot of things, and for some reason I was thinking about Radiohead, and the song “Creep”. I thought about how that is considered an INFP song. Then I remembered thinking about Martin Gore. I had been reading up on Depeche Mode, but not too much after I had been listening to “Halo”. And about people hypothesize his personality type the be INFP by the kind of lyrics he writes. Even if he has not said it himself explicitly I pick up strong INFP vibes from him. (that sentence was so an INFP thing to write) Let’s see; lyrical content, he speaks a few other languages, the way he dresses, he is reserved, and he reads books.

For some reason I was inspired to build an INFP playlist. (which I still have not finished)

First I started out with the singles; the hits. Of course all the ones I knew from listening to alternative radio for all those years. I just sort of dove in and started listening to their body of work. I remember I was really drawn to “Shake the Disease”. I remembered watching that video a while ago for my 80s video playlist and that I liked it because they looked like they were falling down. You know when people say “This is the one song that turned me into a fan.” I’m not sure if I could really name one song in particular besides “Halo”.

I really haven’t had a song move me that much in awhile. About 10 years to be exact which was the first time I heard “Bleed Like Me”. I felt that way after I heard “Private Life” by Oingo Boingo for the first time, but not as intense.

That math class was making me crazy. I was in a creative rut. But if I hadn’t been so frustrated with math I would have never latched onto Depeche Mode’s music. It so fit the mood I was feeling at the time; listening to their songs with topics about greed, corruption, being submissive, sadness, anger, pessimism, and being in your head too much. It was like somebody took my innermost feelings put them into words and then wrote a song about them. And that I could have those feelings too and it was ok have them. And I didn’t feel so alone anymore.

I was trying to be all cheerful and whimsical and all this stuff that was really not me and going against my nature. If you ever see me post a blog like this “The world is good! Just ate some tacos for dinner. I’m so happy!” and it is written in a non-ironic fashion either my blog was hacked or I have amnesia or something. I thought could change my personality with a potion or a magical lotion. And be super cheerful and vapidly smiling. When I’m not in touch with my feelings I feel “off”. Listening to their music really made me reevaluate my life choices. I know that sounds kinda dumb or something, but it’s true. It was like a musical epiphany. Not all of them just a few like 2 or 3.

Another thing is that I feel their music to be strangely familiar to me. Not just the songs I knew from the radio but more obscure ones.

It was so very me and very unlike me to be into. I didn’t start listening to their music to be edgy, or deep, or anything else like that. I just really like songs with meaningful lyrics. 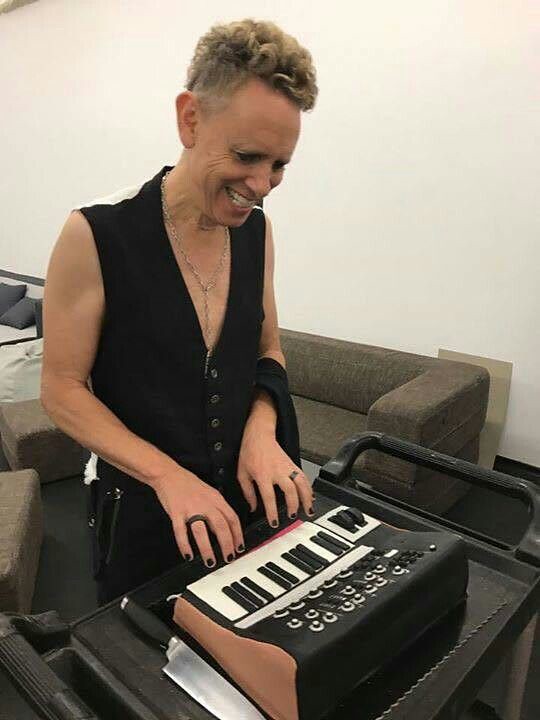 He looks adorable with that cake.

One thought on “Goth on the Inside”