You Mean it Doesn’t Happen Year Round?

I think I have more bad luck on days that are not Friday the 13th then when it is. But that is just math. The worse thing that happened was that I spilled a lot water while making ice cubes. 😅

I decided to take up a new writing project. The problem is I can’t find a current writing project I’m committed to. Besides my blog and diary. Hopefully this new one will stick.

Speaking of writing I found some old fan letters I wrote to No Doubt but never sent they are so inane and cringeworthy. *shudders* I also found some other old stories I wrote in junior high. Maybe I should type those up just for laughs. I’m not sure when I wrote them in 7th or 8th grade? They were stories about what happened to me in 7th grade. I regretfully didn’t keep a diary that year.

I like the dolls in the video and the part when he sings part of the song in Japanese.

3. “Fire Escape” – Fastball
I like this music video with the band in that lady’s house.

4. “Wishing I was There” – Natalie Imbruglia
Did you know she had more than one hit? Not as popular as her cover of “Torn” still not a bad song though. Highly recommended. 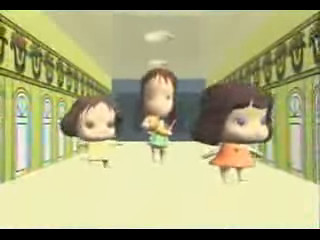 A cover of The Monkees’ song. I just love the music video for this song. (More about this song and music video in an upcoming blog. As it relates to Are-oh-vee.)

I like this song and music video better than “Closing Time”. They are both great songs though.

A song from that list of songs from my diary. I don’t know why I like this song so much.

In the morning I get a call from the school telling me there is a power outage. Does this mean I can’t register for classes?

When I called the local 7-11 about the free Slurpees they said it started at 11am. I don’t know why this article says 7am. Went to the 7-11 for the free Slurpee this year first one I went to there was no parking. Go I go to another location I see that one has a sign on the door saying the Slurpees are free from 11AM to 7PM. The next one I went to all the machines were resetting. I tried 3 different ones until I decided to get the lemonade one which was diet. I really wanted the Deadpool flavored one. Definitely not worth the trouble this year. 😟 Maybe I should have gotten one that was all syrup like the Squishee Bart and Milhouse drank.

When I get ready to register for classes today. Found out my date is on the 14th instead. Really? 😡 Doesn’t the school want to get rid of me? I still think it has to do with my last name being towards the end of the alphabet.

Have a Happy Half

Then I thought I’ve been celebrating my half birthday for years. Only because I have a winter birthday and my dad likes to bring up my half birthday. Usually it falls during the week of the MLB all star game, but not this year. The game is next week on the 17th.

I had a small pie from the Walmart; lemon flavor I really wish they sold lime flavor pies there.

Here is an old picture of him with a chicken. 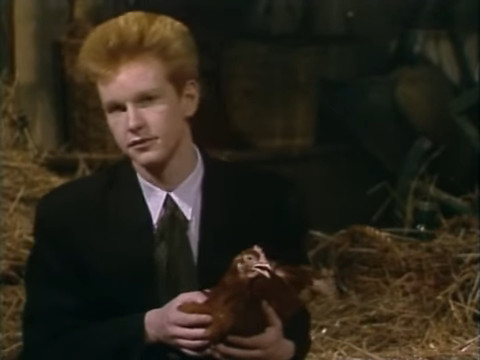 I realized one day my dad and Fletch have the same hair cut. I don’t even know why I was thinking about that. They both wear it like parted on the side. How Fletch wears his now not like in that old photo.

Later this month it’s Martin Gore’s birthday. 😍🤩 I don’t know what I’ll do for his birthday? 🤔

5. Everything Will B-Fine – Lisa Lisa and Cult Jam

6. Go for Yours – Lisa Lisa and Cult Jam

The month isn’t even that old yet not even half over and I’m already posting a miscellaneous blog this month.

And I got a good registration date. Finally! 😍 ^-^ It’s on the 11th first day of registration. The school needs to get rid of me. I thought I was gonna get a later date because my last name is towards the end of alphabet. I had been waiting for that email to come. I thought about it on the 4th, but then I remembered it was a holiday.

My dad asked how many Rockapella CDs I have. I guessed 5. How many CDs of theirs I do have? Let’s see… 🤔 “To NY”, “Bash”, “Vocobeat”, “Out Cold”, and “Don’t Tell Me You Do”. I’m not including the soundtracks from the Carmen Sandiego show.

I know I should stop buying stuff, but part of me can’t pass $1 blind bag ponies. They are like what $3 at the Walmart? I remember when I found some last summer? 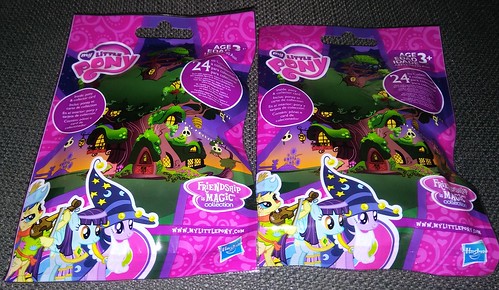 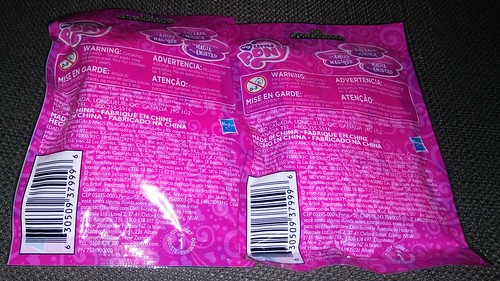 It was so hot today. Like 115 degrees. Then I put on the ac and watched old Are-oh-vee episodes while I wrote. Just like the old days. I feel like a teenager. I was watching videos from the summer of 1999. When I watch them I sort of feel like they are snapshots of my life.

So for Christmas (1992? I think?) I got this Crayola easel thing from my aunt that I totally forget the name of and could not find a picture of online.

The one thing I liked about it was that it came with poster paints among other art supplies. As a kid I was not allowed to have poster paints. I could have other art supplies like crayons, markers, and watercolors. I remember because we used to watch this girl, and she brought poster paints to our house and my mom would not let her use them in the house she had to paint with them outside. There used to be a chalkboard on one side, but the sticker came off. I think I used to play Ghostwriter with it.

When I got older and was a teenager I used to write silly things on it in marker. I was never one to write silly things like that on something somebody would see like a binder I took to school or something. Writing something like “Shana + Nina + Iris + Ana J. + Ana P. = BFFS” was never something I was interested in. For a while it prominently displayed a drawing of a jigglypuff I was very proud of in my room. Like the diary I used to write songs on it. But when I found it in my storage space a bunch of the songs were removed. I guess I did that. I don’t remember doing that.

So let’s have some fun with it and write some more songs on it. 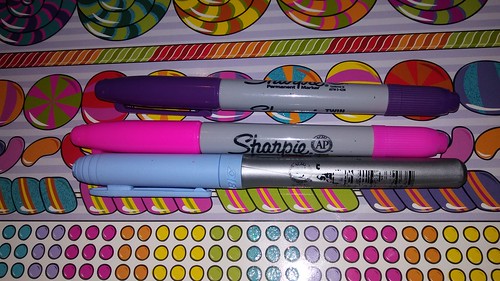 After I looked at it. It looks all cluttered I crammed a lot of songs on here. 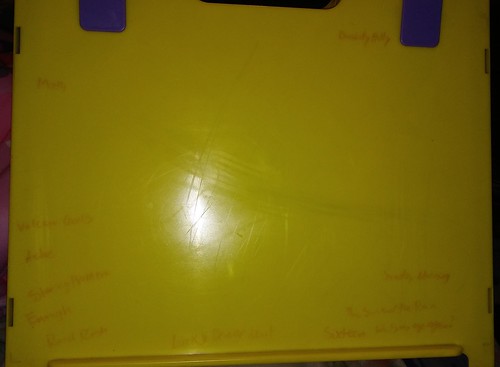 The ones in red were the old songs I had written on it.
Math – Supernova
Buddy Holly – Weezer
Ache – No Doubt
Sixteen – No Doubt
The Sun and the Rain – Madness
What’s My Age Again? – Blink-182
Sunday Morning – No Doubt
Staring Problem – No Doubt
Enough – Dance Hall Crashers
Road Rash – Mad Caddies
Volcano Girls – Veruca Salt 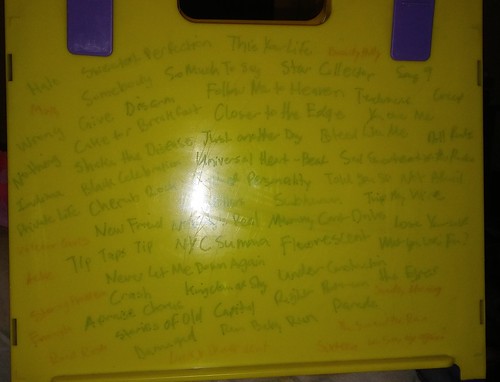 I’m back with another personalty journal entry.

This is a list of questions of what you would do in different situations.

What would I do…

If I found my best friend’s diary, would I read it? No, I wouldn’t want them reading mine.

If I could turn invisible would I use my powers for good or evil? Both

If I found the answers to a test, would I look? It depends if I was doing badly in the class or not.

If a teacher had toilet paper stuck to her shoe, would I tell her? It depends on if I like them or not.

So I was going through more of my 8th grade diaries I could not find an entry based on this event. Which is a little strange for me. Anyway I thought this was a funny little story.

When I was in 8th grade we were going to have a class panorama picture taken.

I asked my parents if I could get a new shirt for the picture. So my friend told me there was a new store at the mall that sold clothes and anime stuff all in the same store that was not a Hot Topic. My parents and I went searching all over the mall for this phantom store. They got frustrated at me for looking all over the mall for this store. I so ended up buying a green camouflage print shirt at the last store we went to. 😵😖😑

I took the picture wearing a trendy camouflage print shirt in green. I didn’t get to be posed with my friends because I was too tall. I stood next to a girl who was eating a giant lollipop before the picture, and she had lollipop shards all over her shirt. When they took the actual photo she made a sexy pose. We were so far in the back nobody could see the candy on her shirt.

When I got the picture I could barely see myself way in the back. All the other groups of girls around me made sexy poses. And I was just there standing by myself looking dorky. And there were a bunch of other girls in camouflage print shirts and skirts.