This entry is dedicated to the local music video show Are-oh-vee. It was 20 years ago today that I first watched it.

After I spent about a month or so in summer school taking “curse 1” aka algebra I for the 2nd time. It was sort of the reason why I started watching Are-oh-vee. With the little bit of summer vacation I had left I tried to salvage it. That included staying up past 1AM every night.

The first time I ever saw the show was on August, 9th, 1998. Or at least that is when the diary entry is dated. I ended up discovering the show by channel surfing after watching a repeat of Saturday Night Live. I recognized the video for “One Week” by Barenaked Ladies. 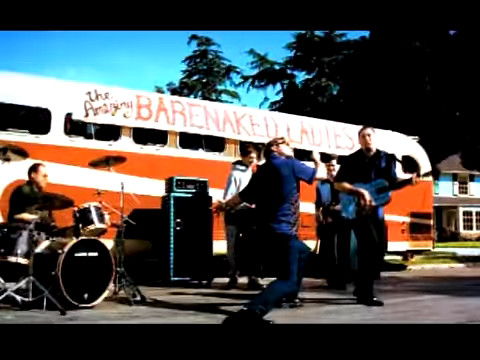 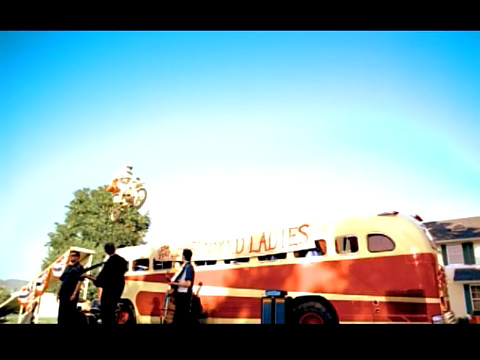 I also saw the video for Shonen Knife’s cover of “Daydream Believer”. 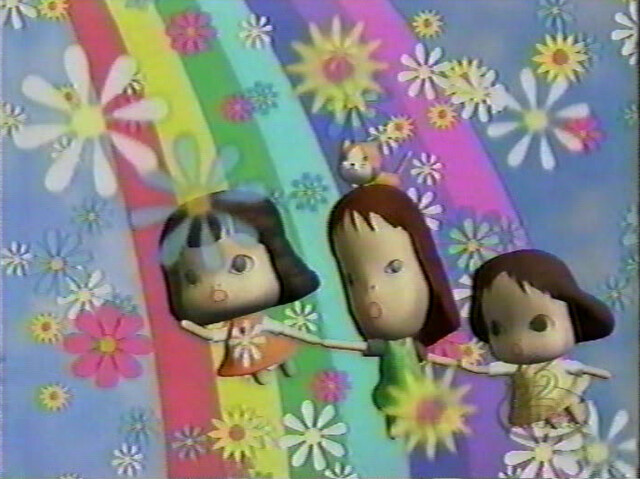 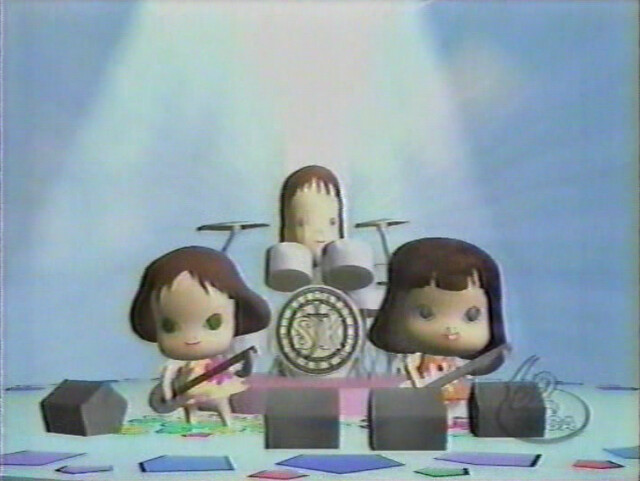 I liked that video because it looked like anime. I saw another video about a date. Not sure what that was. “Bobby and Joe” by Hepcat? “I Have a Date” by The Vandals? Some other video I still can’t recall after all these years? Later that morning I went to Rhino records with my dad. We used to go there early Sunday morning to beat the traffic going into LA. It was at their old location in Westwood. I found a copy of Shonen Knife’s “Happy Hour” in the store I recognized the cover from the video I had seen earlier in the day. 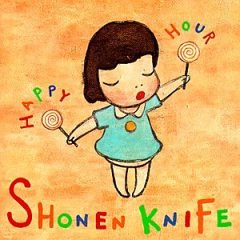 I did not buy it though. Because of my dad’s record purchasing rule. 😒 After we got home I went to see Baseketball. I consumed a lot of media that day.

Are-oh-vee was a half hour show that came on every Sunday morning at 1AM. (if you wanna get technical about the time) 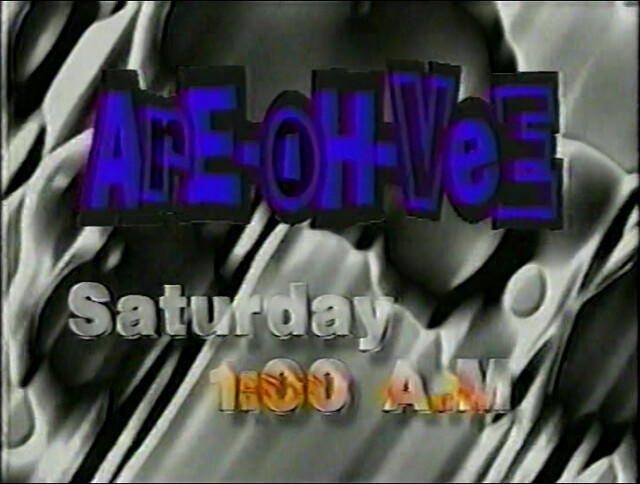 I was not into the show came on after it; Urban Nights which was a show about rap music. 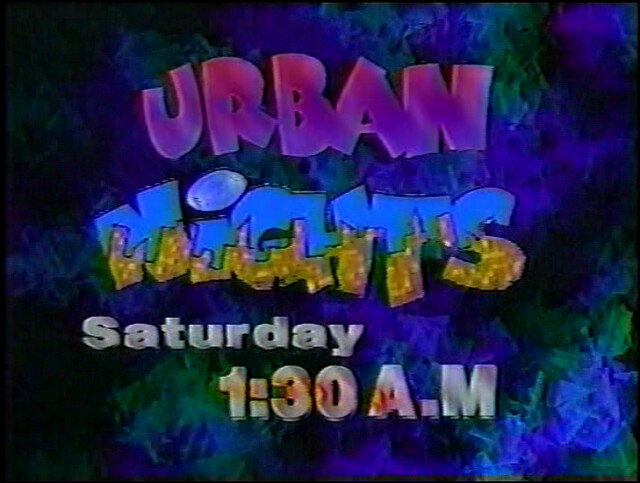 I wanted to see if that show was on next week. I would get so excited to hear the show’s theme song at the time. “Take California” by the Propellerheads. 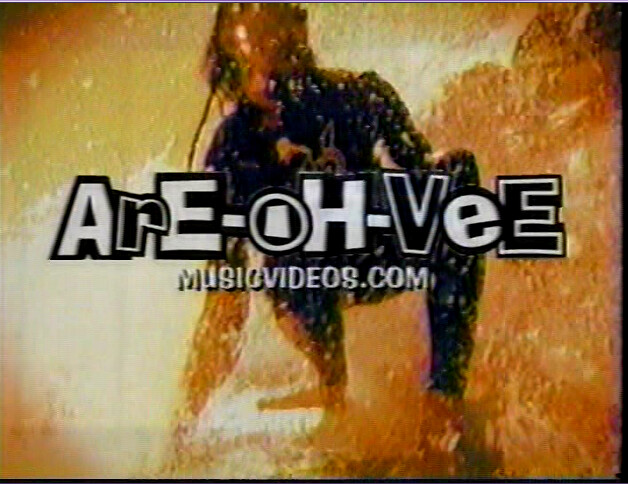 When I first started watching it my dad thought I was watching Chinese or Asian language music videos. He insisted he stay up and watch the show with me to “check it out”. (It was him just being controlling) The station used to show Chinese and other Asian language tv shows. I had to prove to him it was English language music videos. We watched “Perfect” by the Smashing Pumpkins together. 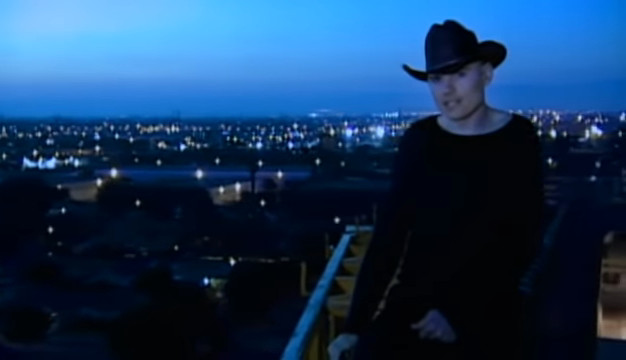 Luckily this convinced him the show was in English. The station was changing from Asian language programming to Spanish programming. It was quite jarring. 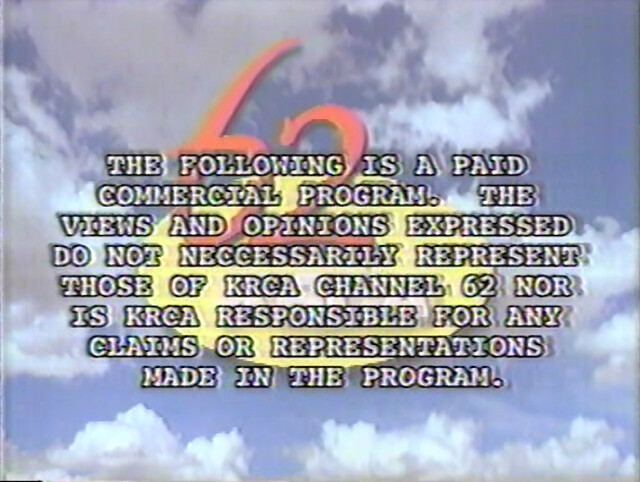 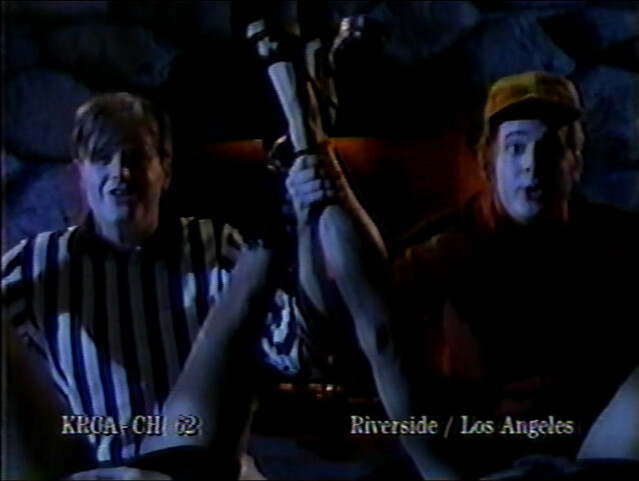 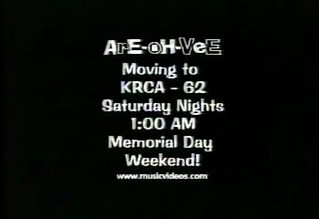 There were some other episodes I remember like one when The Professor from The Aquabats hosted and interviewed Reel Big Fish. They were talking about shooting the music video for “The Setup (You Need This)” and the ape head prop they had. Which you can’t really see very well in the video. 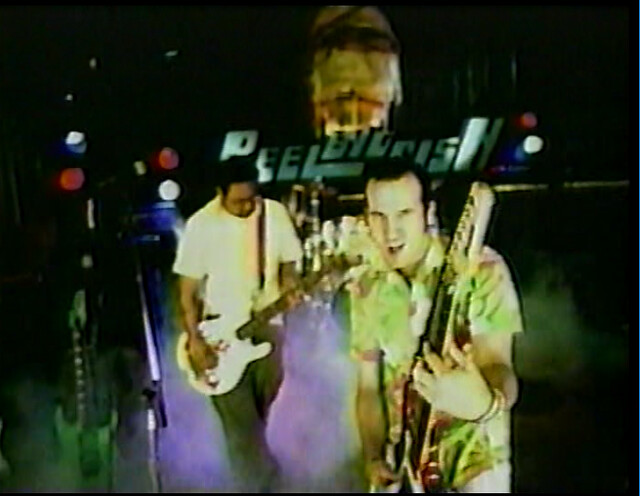 The Professor gave them copies of Uno, and the band talked about their ape head. I think there was another episode about The Professor hosting at a roller rink. There was one where the Silver Skull took over. 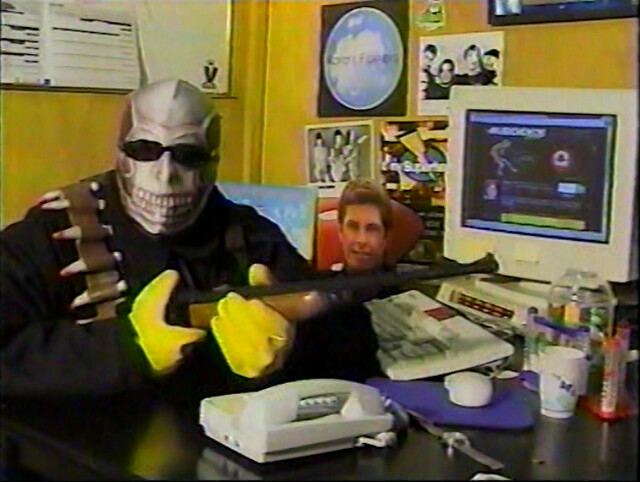 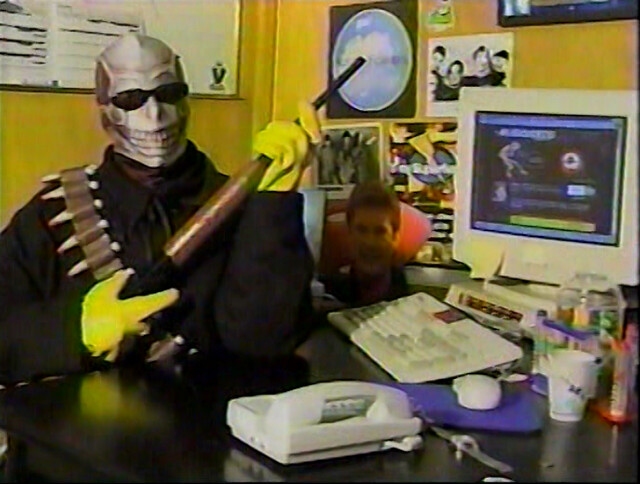 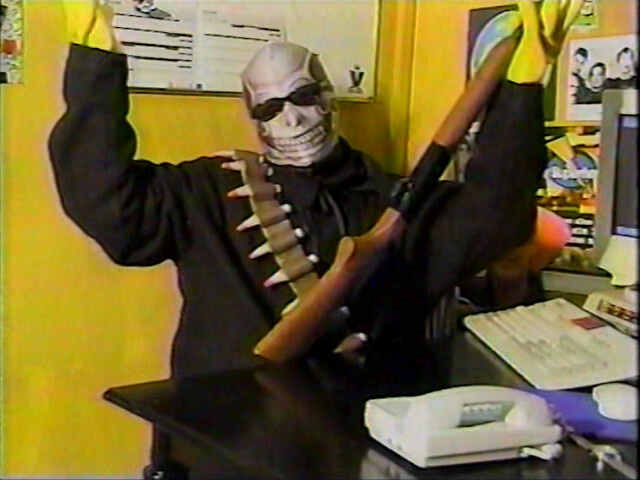 I think I saw an episode where Save Ferris hosted. [I’m writing about these episodes from memory.] I didn’t write about the show in my diary yet. I mostly remember the videos from the big name bands.

An entry from September, 26, 1998 I mentioned watching a Squirrel Nut Zippers video and a Hole video. (Which I think were “The Suits are Picking up the Bill” and “Celebrity Skin”.) 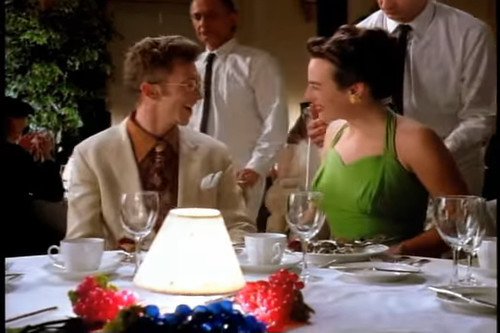 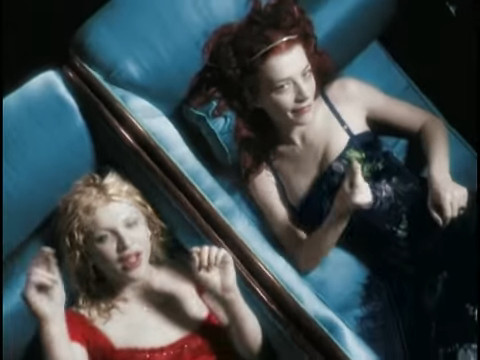 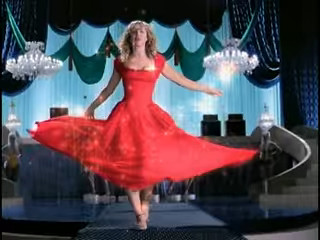 This might have been the Silver Skull episode. I’m not sure, but I did remember him commenting about the band Hole.

In the Halloween episode the Sandfleas took over and showed Oingo Boingo videos. For sure I saw; “Just a Another Day”, “Weird Science”, “Dead Man’s Party”, and “Stay”. I think I might have watched one or more of these videos, but I’m not sure; “Nothing Bad Ever Happens to Me”, “Private Life”, “Gratitude”, or “Insanity”. There were only so many videos you could show in a half hour period complete with segments by the hosts. 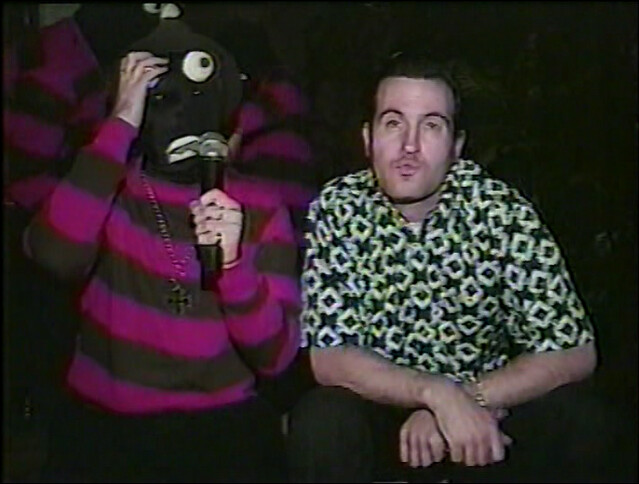 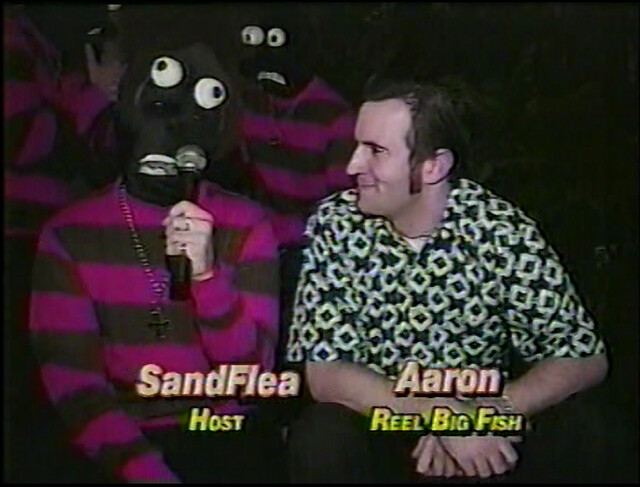 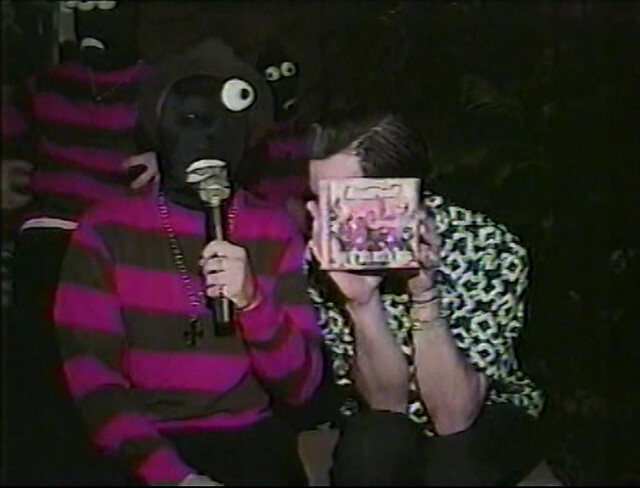 The only people I knew who watched the show were my friend and his cousin who were both Aquabats fans. Friday Night and Are-oh-vee were my source for music videos in 1998 without having cable.