You’ve got to work hard, If you want anything at all

Right before work I get an email from the school telling me I didn’t pay my fees? What?! When I called the school they said they send that email to everybody. Why? Do they want the students to have a heart attack or something?

At work I threw out old food again. I like doing that. It’s not so hard and I can think about songs and stuff. Not that I enjoy it as much as I don’t mind it. The others don’t like it as much. I was humming “Work Hard” to myself while I sorted to the food to be thrown out.

That one coworker I complained about earlier seems to work slower than I do and I’m new. And they were supposed to come on Saturday but never did. Which made me wonder how long they have been there. 🤔 If they are that poor of a worker that means there’s hope for me. Or should I be just as lazy?

I hate washing the dishes there. I get all wet and end up coming home smelling like the deli. I was bored doing it and alone at the time. So I was singing to myself softly. I was singing “People are People”, “If You Want” and “What’s Your Name?” (I hope nobody heard me) 😳

I was at the store and I saw this weird Ramune. It’s in a plastic bottle. And the packaging is in English, Spanish and Japanese. I put the Sangria brand bottle next to it for reference. 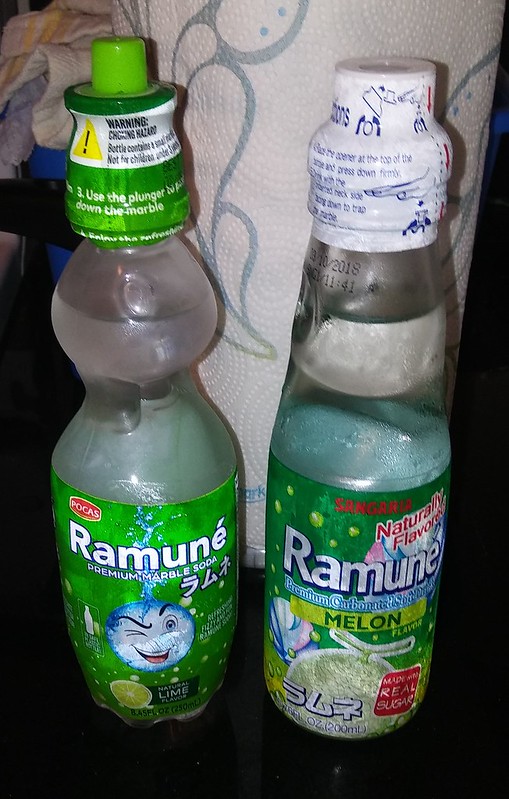 So I finally came out of the Depeche Mode fan closet. the only real reason I stayed in there was because my dad has a tendency to make fun of the kind of music I like. Especially something like Depeche Mode. And they don’t know who my favorite member is…yet. Actually it started yesterday. On the ride to work somehow I ended up telling my dad about how much I love the song “Halo”. I was saying how dynamic “Music for the Masses” sounded on his stereo. He asked why don’t I listen to it aloud more. You can’t take a big ass stereo system on the bus. And privacy. I can listen to all the Depeche Mode songs I want to an not annoy my parents by listening to them aloud.

I kept talking about getting a “Violator” CD. My parents didn’t really know what that is. My dad thought it was the name of a band. I was telling him about how I got the call about the job while watching the music video for “Enjoy the Silence”. It’s been what? *counts on fingers* Five months now? I’m still waiting for them to tell me something like “Aren’t they that weird 80s band your cousin(s) listen to?”

The Inmates are Running the Asylum

Or should I say the rookies are running the deli? I was one of three people working in the deli who has not even worked there for a week.

So the one manager was really strict and then when the other guy came he was just like throw the that stuff in the bucket.

For a while there were no managers so we were doing stuff by ourselves.

I paid my fees with borrowed money from my parents. I calculate if I work 2 days I can pay it off.

My dad was telling me he likes the song “Pipeline” but my mind immediately went to Depeche Mode. He was talking about the surf rock song. I wouldn’t think my dad would listen to Depeche Mode.

Ok so this is the I don’t like my coworkers post. I have this coworker and they are kinda lazy and always playing with their phone. That’s all I’m gonna say for now.

I ran into that girl from the lockers yesterday. I hoped I didn’t look sad this time. I think I was drinking an ice tea.

I notice when I get bored I become more whimsical.

On the ride over there I heard “It’s Called a Heart” and I was getting all excited listening to the song.

When I was getting ready to work in the deli in the break room and some girl was just standing there I never met her before or anything. She asked if I was ok. I was like “yeah”. Then she introduced herself, and did back. What?! Again? What is with this place? Should I be yelling or something? Vapidly smiling? I’m upset and confused. Probably they could read my face that I was plagued with impostor syndrome.

Then I was workin’ in the deli. I was making food by myself I was humming “Something to Do”. They said I was working too slow. I never worked in a deli before. I don’t what to do and how to do it fast. They didn’t even tell me that there were diagrams on the back of the papers.

I got taught/shown how to use the slicers and all I can think about Kramer and his meat slicer. She let me eat the example cheese the meat she cut for an example was nothing I would eat.

I was so happy and proud of myself I worked for part of a day. 😄

Since I’m training for my job I guess I’ll be writing some “my job sucks posts” I always wanted to write one of these. 😄

Ok so today was my first day of training and we had to use the computer for the whole thing. I didn’t have a problem. But this one lady had no idea what she was doing. She kept bugging me and the other lady about how to use the computer. She was bugging so much it was slowing me down.

You get questions related to your department. So I got deli questions. It was a bit complicated to learn about food temperatures and how to dispose of expired food. So that lady was getting mad that I couldn’t help her with the questions because she is working in a different department. Me and the other lady were working in the deli together.

I thought “Why do I keep asking me questions? I’m new like you.” That lady needed a lot of computer hand holding. How do/did these people have jobs? And how do they not know how lunch and breaks work? Shouldn’t I be the dumb one here? Since I’ve never worked an hourly tax paying job.

For lunch I had a mishap with some bbq sauce. And it stained my shirt and I thought about that country song. Chicken tenders burned my mouth and were not very good won’t buy again.

She asked 6 different people how to use the computer. 😖😑

I tend to think of myself as a perpetually unlucky person. Seriously I think a cloud of bad luck has been over my head since I was born; following me around like a shadow. I have some relatives and they seem to be the lucky ones. My parents get mad because I tell them our last name is unlucky. I truly believe that.

I was never one of those cool people who went to a yard sale and found a million dollar painting. Or those people who find valuables in a dumpster.

So now I have to do training and I still have to pay my fees and they are both at the same time and I need to pay them by this week.

A very popular song from The City of Angels soundtrack

I remember Jimmy Fallon did a parody of this song and made it about Halloween candy.

3 Sixpence None the Richer – “Kiss Me”

A song remembered from the movie She’s All That. This was their breakout hit. they also did a cover of The La’s song “There She Goes”.

4 The Living End – “Prisoner of Society”

The things I remember most about The Living End was that they had a standup bass and they were from Australia.

5 Rage Against the Machine – “No Shelter”

My favorite Rage song. It was in the Godzilla movie.

This is forgotten song from the 1998. The music is really weird too. There are like fried eggs in it.

A cover of the New Order song. I love the cyberpunk? Aesthetic of the music video. 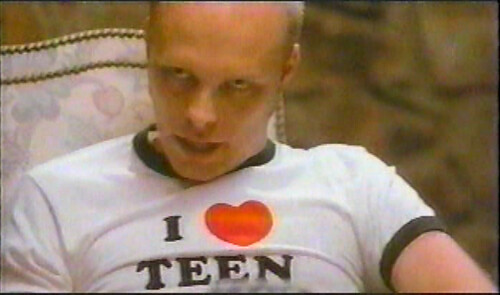 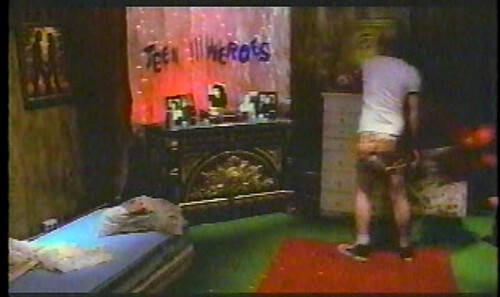 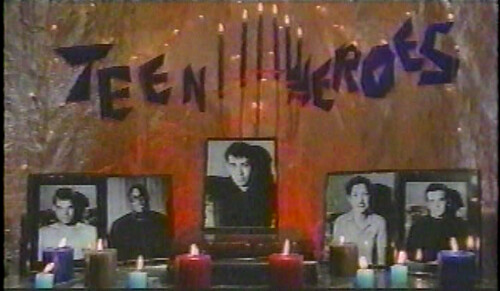 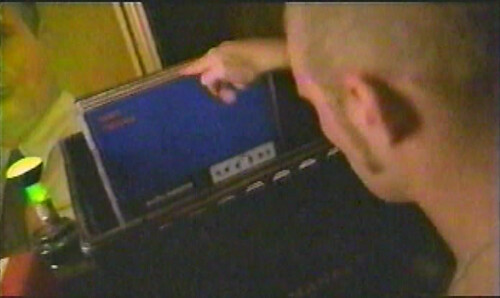 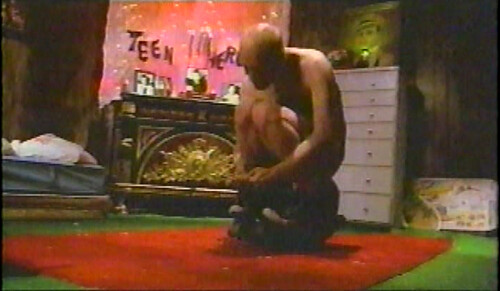 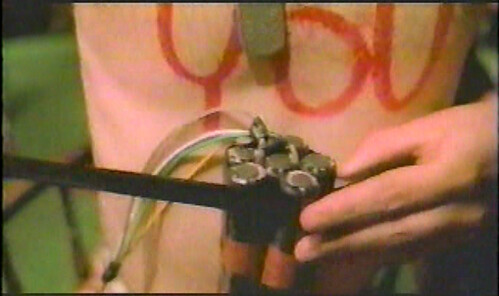 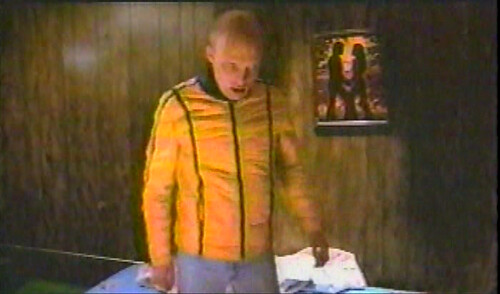 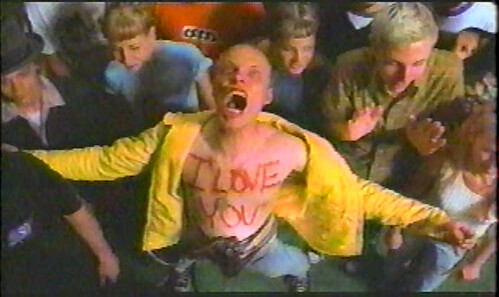 Now a days this music video would be seen in bad taste as it has a suicide bomber sorry I ruined the ending for you. But it was funny in the late 90s times were different back then.

I love the music video for this song.

I ate pizza today and all the world is good. Happiness abound! 😍

In all seriousness I was riding that job high for almost a full day. Until I had to deal with a pesky relative. That relative always sours my mood no matter what. My dad and cousin are just so tight. I wish I had that kind or relationship with my dad like he has with my cousin. Then my enneagram type 4 side goes into play.

Went to the school website and it still made me sad. Like almost tearing up sad. The fees were never amended. 😩😭

Ideally I would like this to happen. I work the job and I am somewhat good at it, and they keep me. I quit school and never go back again. I really don’t see the point of finishing school anymore. It’s just eating up all my money, and I’m getting nothing back in return. Sure I only have one class left but at what cost? That ever elusive finish line is there, but it is lined with traps and stuff and not sure I want to make an effort to cross it.

The strange thing was my mom was cool with this choice. My dad on the other hand was not, but why should he be? He never listens when I tell him I’m miserable at college and that I see no point in finishing it. The longer it takes the more sad and enraged I become. I feel that school is not my place any more and some more deserving person or slacker should take my place. It is wasting everybody’s time.

And I finally told them about the fees. Which I’m really on the fence about paying.

Other things I could do would be to try both at the same time. I was thinking about that and if one gets more out of hand than the other then I will just drop one. Ideally school. To me it is more important to take a shift at work than take some stupid math test even if my grade depends on it.

Then I got really paranoid and thought even more scenarios. Like what if another relative dies? My parents are the exception.

The worse thing that can happen is that I end up with nothing. And knowing the way my life usually turns out that would most likely be the outcome.