So today I went to the mall. The first place I went to was the Hot Topic to see if they had any Depeche Mode shirts. When I ask the girl thought I said Deftones. 😲 What? Did I mispronounce the name of the band or something? I love that song “Change in the house of Fly on the Windscreen”. “I watched you change, Death is everywhere” Seriously somebody should mash up those songs. Oh forget it! I’ll just order the shirt online or something.

Then I went to the Best Buy to get some printer ink. Which was the 2nd most important item to get. Luckily I got that and they were playing “Simple Kind of Life” in the store.

I went to look for a purse at the Macy’s I thought I could find something on clearance. But I had spent most of my money on printer ink. I have to say a lot of people who work in the deli and bakery have nice expensive purses.

I wanted to get some clothes but there was nothing there I really liked.

I told myself I was going to buy one impulse item. I was hoping it would be the shirt but that didn’t happen. So I chose to get these Pikachu writing utensils. A pen and a pencil. The one that looks like a pikachu has 2 colors of ink; red and black and you click on the ear to choose. It was so cute I had to get it. 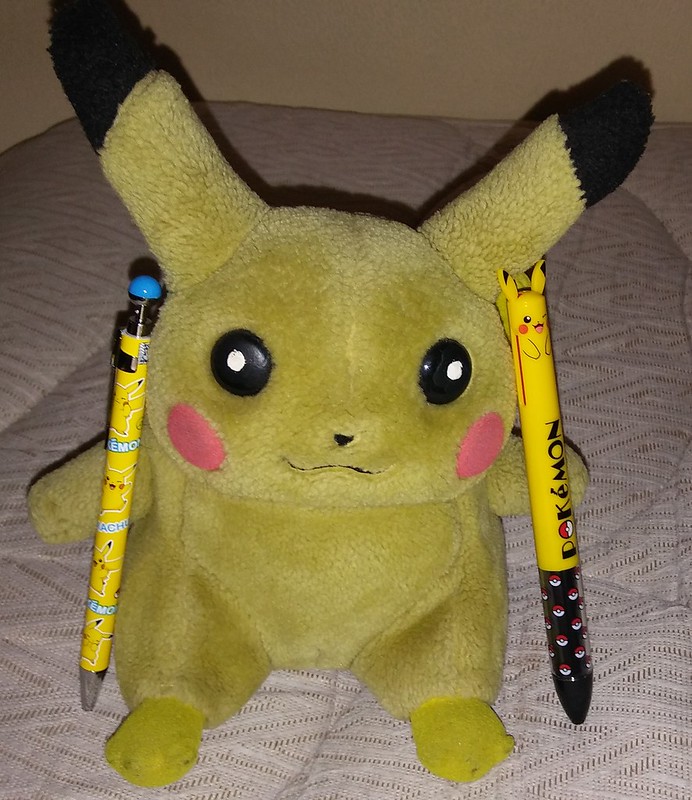 I bought some Japanese melon soda that comes in an aluminum bottle. And it really does look like beer, but it is a soft drink. The melon flavor is so hard to find. I can splurge on a few Japanese sodas now. For the price of 1 I could buy a 6 pack of Mountain Dew bottles. But Mountain Dew is so common even if I do like it.

Later I went to Five Below for the first time. There was a lot if nice stuff there. Its like a trendier dollar store. But I had to get some candy when I saw they had Squirrel Nut Zippers candy. My 14 year old self told me to buy them and I haven’t had any in a while. Remember when I mentioned them in a blog? I also got some Goetze’s caramels because I was craving those. They sell Japanese snack foods there too so I got some koala cookies. I’m disappointed they don’t sell those where I work. 😟 I’d share a box of them with my deli senpai if they did sell them there.

One thought on “Deftones or Depeche Mode?”