I’ve been getting a nervous stomach. The mere thought of work is making me nauseous. I haven’t really had this since I was about 12, and I was being bullied. This happened before I got mopey and listened to cassettes. I remember I was suicidal. I didn’t really think about it until I was listening to “Blasphemous Rumours” It’s something I don’t like to talk about or write about here in my blog. I find suicide a touchy subject.

I tried my Twix ghost. It’s just a ghost shaped Twix. The filling is the same as a Twix bar. 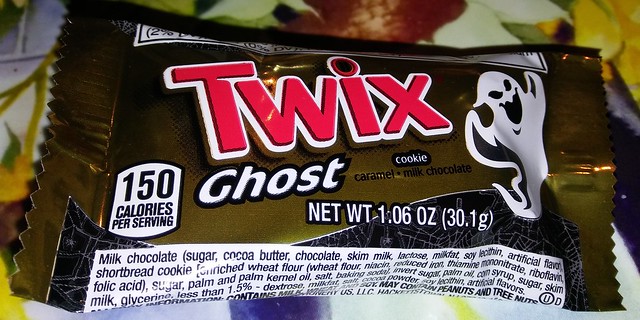 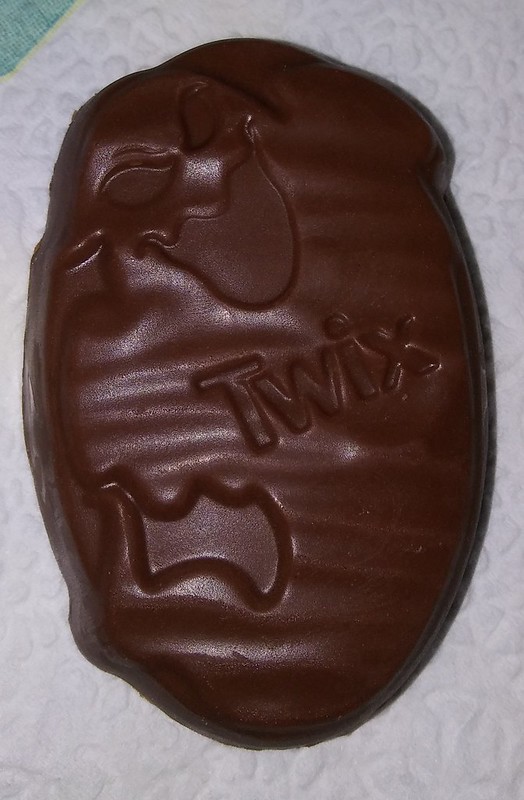 I ate some pizza before work while watching music videos. I ate it too fast and I had indigestion for the rest of the day.

At least I have a job?

So everybody went to lunch except me. So they called on my deli senpai to come help. So it was just me and him. Which was great in a way. When he came I was slicing meat.

Since we were alone I was telling him that I didn’t think I was very good at my job. I told him all the things I could do there. He explained to me that I already know how to do about 80% of things there. And I kinda didn’t feel so bad.

He said that the deli is very unforgiving, but the store itself is forgiving. That you have to do something really bad to get fired or not show up to work a lot. Because most companies want 6 months experience I thought I try somewhere else. (another company) He told me to stay with the company because they like to promote from within. I could always try both and see what happens. It doesn’t matter I have not been there anywhere near 6 months right now anyway.

It was strange and I’m keeping my guard up.