My costume was somewhere between these 2 versions of her. 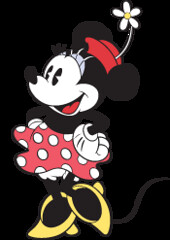 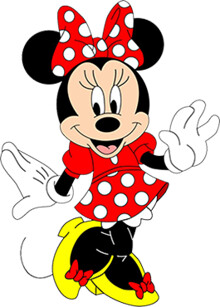 Since I was 4 my costume consisted of black long sleeve leotard and black tights, white gloves, my Minnie Mouse hat from Disneyland, and a skirt.

My mom took me to the fabric store and let me pick the fabric for the skirt. I picked out a red polka dot fabric. I’ve always been a stickler for details. We put a red bow on the hat because for some reason it has a rose on top instead.

This was before those puffy cartoon style gloves were a thing. I think I didn’t see those type of gloves until the mid 90s. 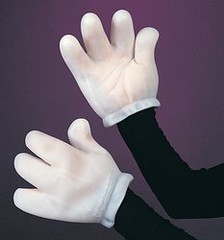 In 1998 I was a dead saloon girl. I got the idea from seeing one at the Halloween Haunt at Knotts. I pained my face white with black lips and blacked out eye sockets. It looked like I was wearing bad corpse paint. This was appropriate back then, all the kids did it to look “dead”.

Would I dress in these costumes again? Yes I would, but a better version of them. Especially with the makeup. I would not go out in only a leotard and tights on Halloween I’d like to be more covered up. I’d wear a full dress and not be a “topless” Minnie Mouse.

For the saloon girl I’d want a tattered western style dress with a bustle. And some type of prosthetic makeup. I’m not sure if I would want to look “dead”, but definitely with some type of monster face. But definitely not the cutesy, pretty, sexy kind.