I’m Under Your Moon Power

Sailor Moon why do you do this to me!? Why?

I guess I predicted it! XD Why are they running this game like it’s not shutting down soon? I’m temped to get this character. Since I’ve been playing regularly in January 2017 there were only 3 event characters I didn’t collect; Prince Demande, [didn’t feel like getting this character] Michiru Kaiou (Middle School Uniform), [felt she was too similar Shrine Maiden Rei] Haruka Tenou (Hakama) [didn’t finish event to get even the level 3 character] 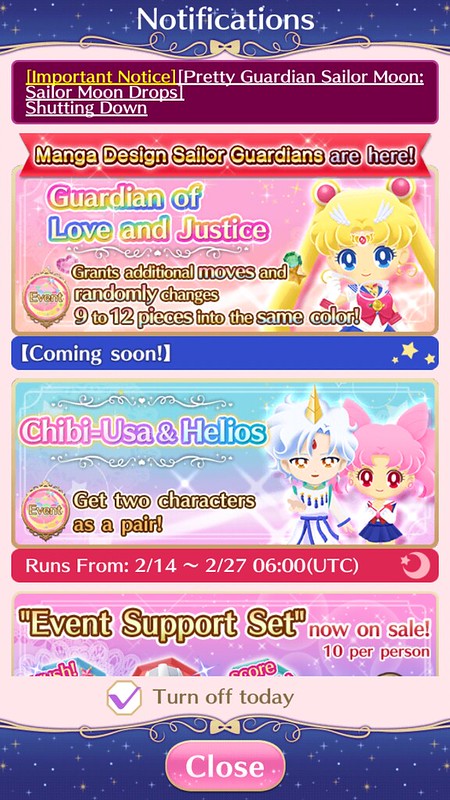 Then when I was at the thrift sore today I saw there was a Sailor Moon wallet. At first I gasped at it. But I didn’t buy it. Why did I pass it up? Because I want to buy more things at that record store. And after I did my research it was a Sailor Mars wallet. It was sort of her color scheme coral with a purple bow. At first I mistakenly thought it was a Sailor Chibi Moon wallet because it was pink. Sailor Mars is not my most favorite sailor. Also passed on a fish tank for betta fish and Cibo Matto CD.

One thought on “I’m Under Your Moon Power”