My parents are mad that I’ve been spending a bunch of time trying to tediously download my photos from photobucket. After screwing over their users ,and then sending some threatening emails.

Flickr is still having problems. So my blog will be boring and pictureless. Until I find a solution or not.

Since it’s a day early I’d like to wish Alan Wilder a happy 60th. I hope he gets lots of marzipan candy as a present. (not really)

Is this for sale?

I was at the Dollar Tree and I found this in the trading card section. I wasn’t sure if somebody took it out of a package or something, but there was a barcode sticker on it. I take it to the cashier and ask if I can buy it. She scans it and says yes so I do. 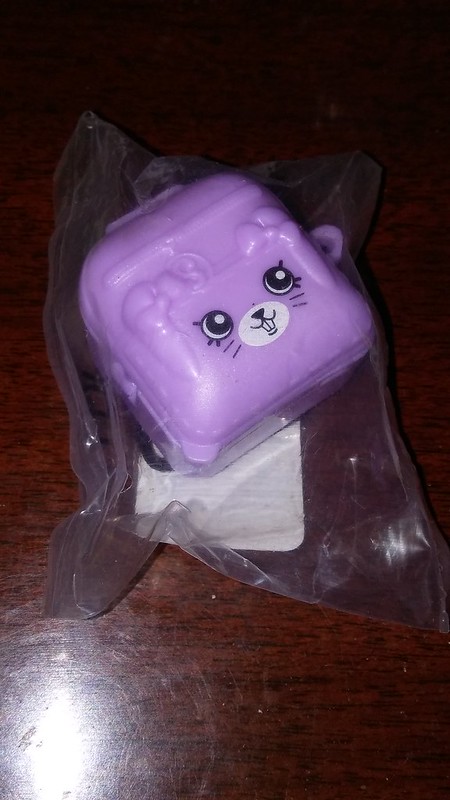 When I open it there is no check list in there just one lone bagged Shopkin. 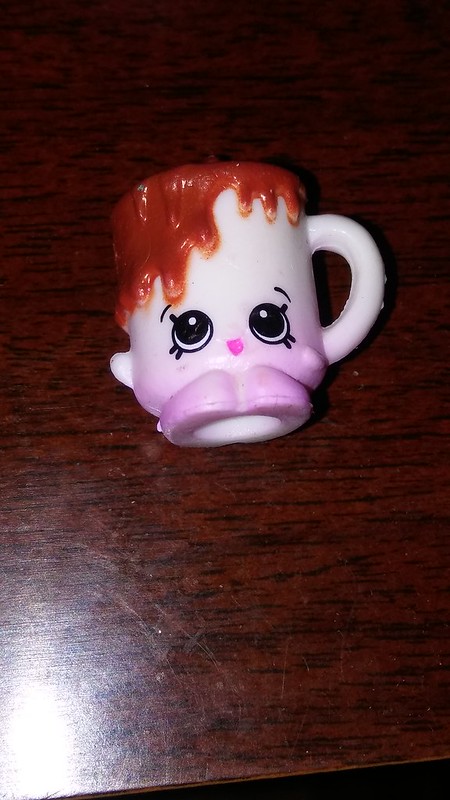 According to this site it’s Cuppa Cocoa.

I was going to post another blog with pictures, but since flickr is down and has been for over 2 days as of posting I’d post a song blog instead.

“Skintight” by The Donnas
I think this is a 1999 song? I wanna say it is. Can’t find much info about it.

“Little Black Backpack” by Stroke 9
It says this song was first released in 1995, but I remember it being a hit in 1999.

“Fast as You Can” by Fiona Apple

“Keep Away” by Godsmack

“Down so Long” by Jewel 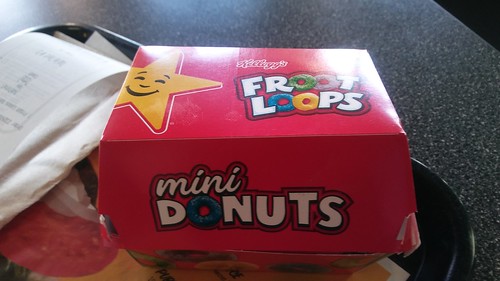 So I finally tried those Carl’s Jr. Froot Loops donuts. Spoiler. They aren’t that great. Even when I was going to buy some last year back when I still worked at the deli this bothered me orange was one of the original flavors. So they come in cherry, lemon, lime, berry and grape. But the lemon had no flavor and they were overly frosted. 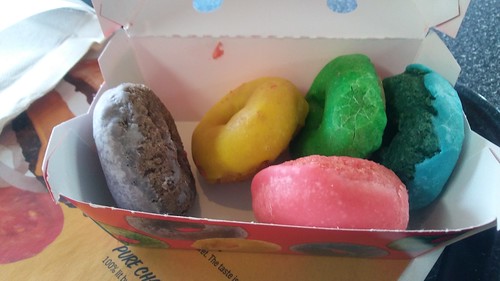 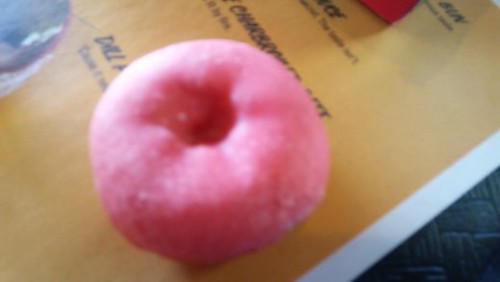 You’re Such a Brat!

Besides the 5 million buzzfeed articles about the Delia’s catalogue. Does nobody remember the catalogues; Mxg? Alloy? Girlfriends LA? or Brat? For all of these catalogues my father’s excuse was “It’s too expensive. We live in LA you can find this stuff at the mall.” Then rant about the ports.

Let’s take a trip down memory lane with the Brat fall ’99 catalogue. 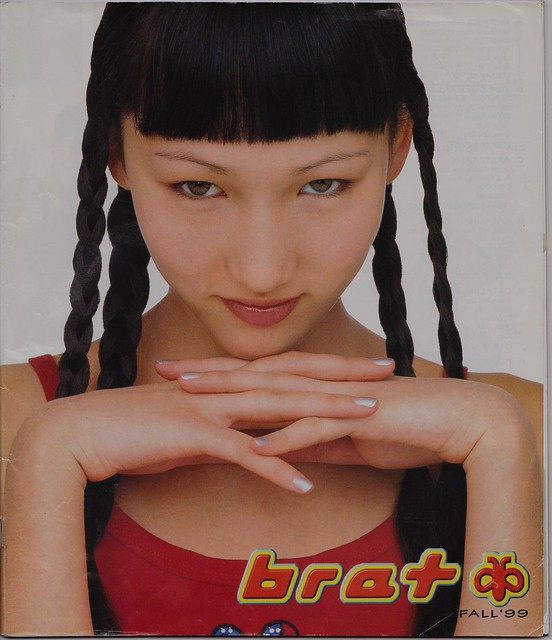 So much fashion nostalgia here!

I decided to focus on the accessories more than the actual clothes in this thing. If you like I can post another blog about some of the featured clothes.

So there was a hold over from the Asian trend from late 97 early 98 held over here. I really wanted that fur bag. 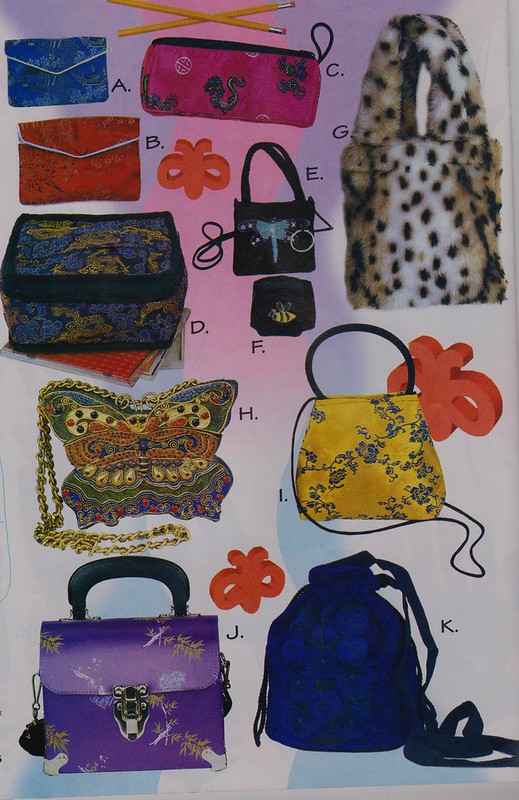 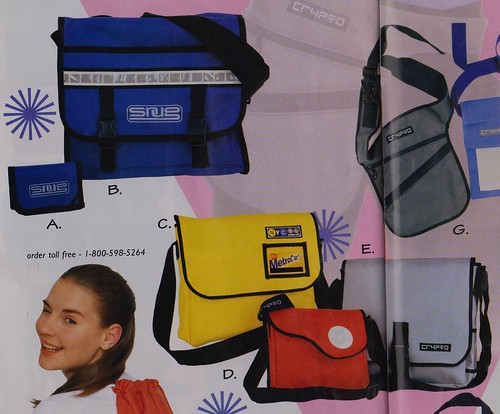 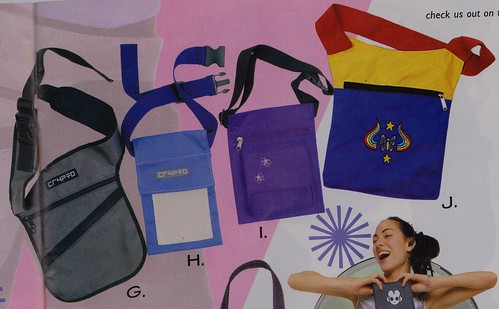 Bra strap headbands. I had one and maybe because I got it from a dollar store it slid off my head and bunched up. I didn’t find it very useful at holding my hair back. Notice the butterflies. They are a reoccurring theme here besides the Asian influence. 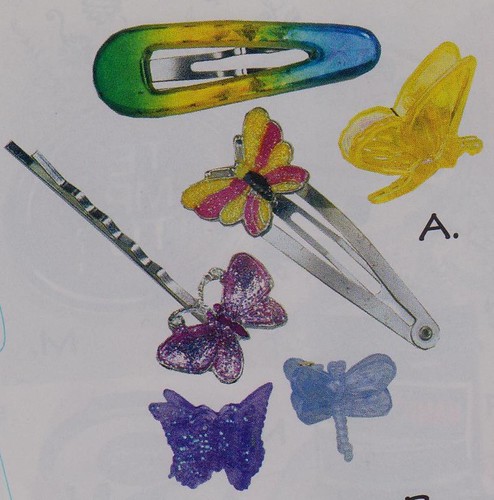 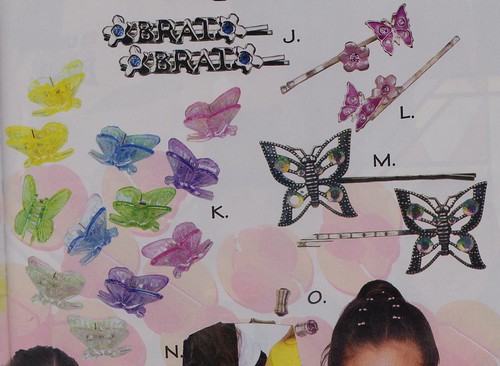 This nail polish is from the company 3 cheers 4 girls. This is a new product from them in 2019 and not from the Brat catalogue. This is just to show how this look came back. 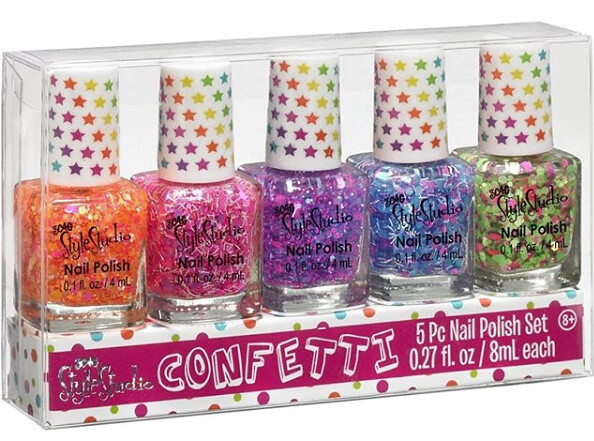 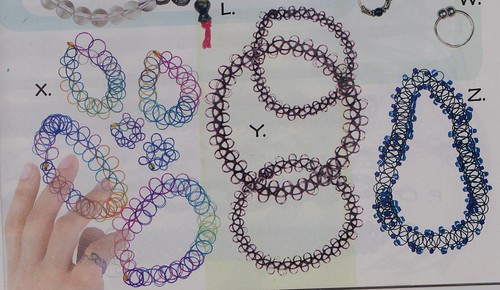 And these “Buddha Beads” think that’s what we called them never personally owned one of these bracelets. My friend supposedly had one that helped with her PMS. Where I live this trend lasted for 3 months tops. 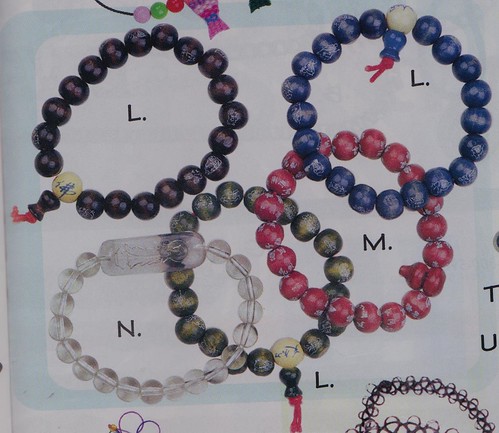 Bobby pins with enamel. These were popular in the 80s and my mom gave me her old ones. Because you think you are so cool trying to copy this hairstyle. Glitter bobby pins were so easy to make with glitter nail polish to decorate plain ones. 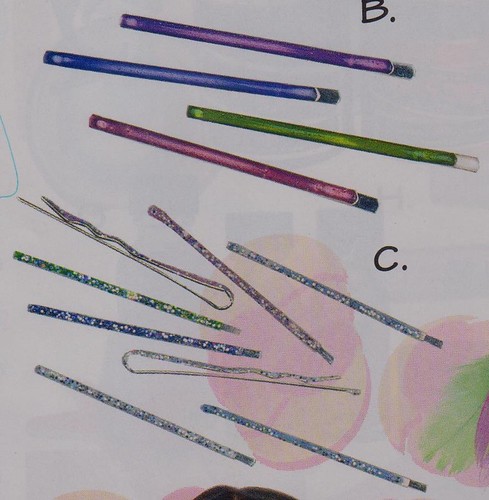 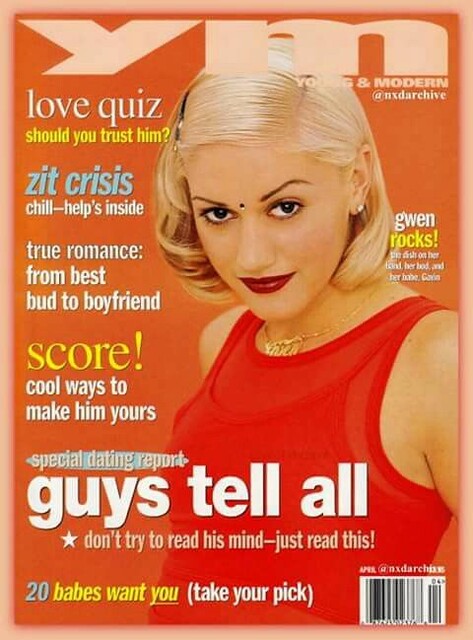 Mary Jane shoes. I had a knockoff version of the ones on the left at the bottom of the page by the picture of the girl. They were clunky and heavy and hurt my feet. I wore them up until about 2003 then the shoe was separating. 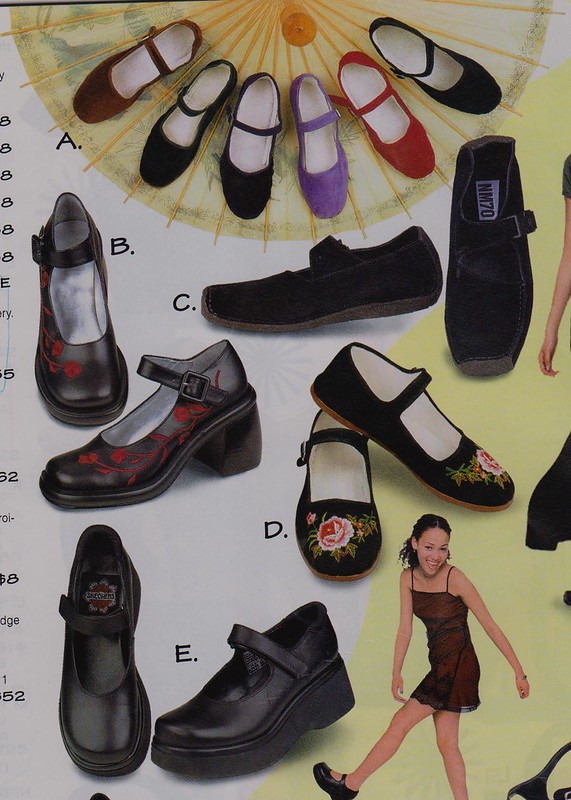 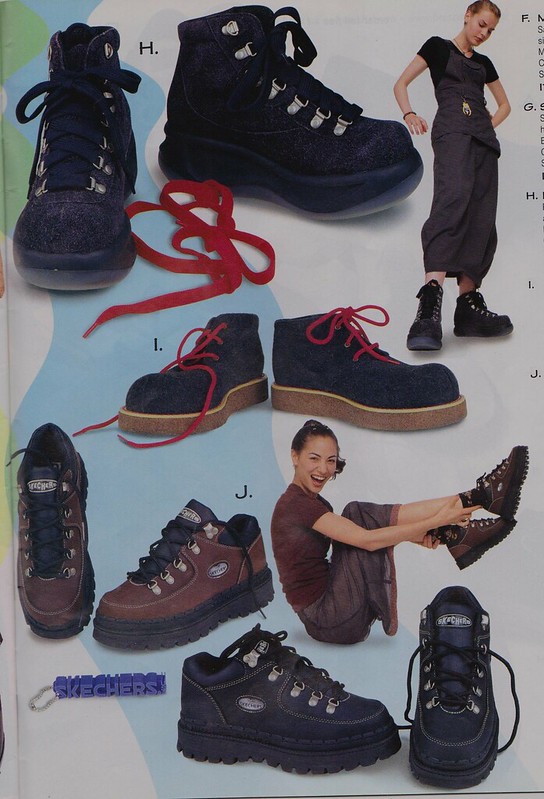 Energy Shoes! Like everybody at my school wore these. Why did Skechers make so many of them in shades of various blue trimming? Remember when Skechers were not marketed to the elderly? And those generic white platform sneakers that like every girl wore from like 1997-2000. 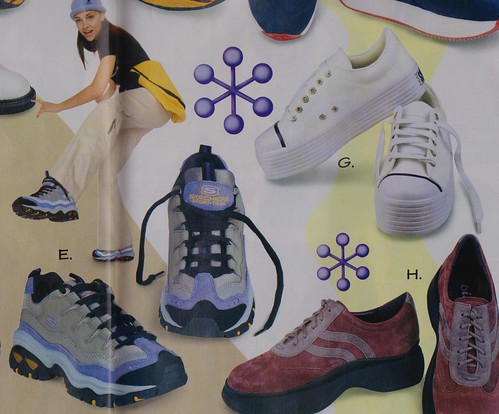 It was so hard for me to find saddle shoes in my size. By 1999 nobody wore loafers at my school aside from maybe the teachers wearing those flat frumpy Hush Puppy style ones. 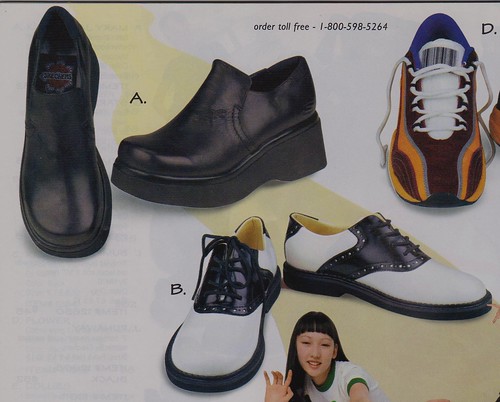 Do You Even Understand What this Is?

So it’s time for another thing I said that my dad miscounted or didn’t understand blogs.

He told me to go to the communications graduation thing because it would be the last time I would see my friends before I graduate. Friends? What friends? WTH Dad!? I only wanted to go for the free food. And he was really mad about it. Now I really don’t wanna go after he said that. How social does he think I am?

That really pissed me off.

Now he is upset I don’t wanna go. I just remembered how boring it was. I’m not sure it is worth the free food.

I think he doesn’t even understand what the event is about.

“Batteflag” by Lo Fidelity All Stars
This is one of those songs you know but never really knew the name of, but people seem to know.

“Magic Carpet Ride” (Steir’s Mix)
I’m not a big fan of the original song. When I heard it this remix I was like “What the hell happened to this song?” you can find this version on the Go Soundtrack.

“Stagg Street Recordings” by Kara’s Flowers
So this is not a music video, but an unreleased? album by Kara’s Flowers. I found a bootleg of it online and I like it. I think it’s really good. It’s their album between “The 4th World” and “Songs about Jane”. It sort of bridges the gap between Kara’s Flowers and Maroon 5. At this time James Valentine was still in Square.

“If You Had my Love” by Jennifer Lopez

Save Some Meatballs for Me?

So I got an invitation for that communications graduation thing. I was really not expecting that. Only because I thought it was for transfer students which I’m not anymore. But it was for both. anybody getting an AA in communications.

I remembered how boring the last one I went to was. Maybe I will go. My dad really wants me to go. I’m not getting a new outfit for it or anything. Well there is free food. Hopefully they order something good like Swedish meatballs or lemon squares. If it is boring I’ll try and sneak in some earbuds or something. And I’m not expecting my former speech teacher to be there.

So I watched the finale of The Big Bang Theory. It was ok. Spoiler Sarah Michelle Gellar is in it briefly as a cameo. Raj meets her on a plane and the make it sort of like his encounter with Summer Glau on the train.

But the end of Young Sheldon showed how he was really not alone. He just didn’t know it at the time.

I realized I have all these half written anecdotes that are about 1999 that I still haven’t posted. I don’t know why? Maybe I’m too lazy or I think I don’t have the time. I’m not sure.