I went to the mall today for a job interview. I don’t know why they want people to ride the train there. When you can take the bus there and it costs less. I had a hard time finding the store in the mall. The job interview was real not like that Costco one. I think it went ok. The guy seemed to understand working the counter alone. I hope they call back even if some of the customers there were jerks when I was there waiting to be interviewed.

I went to the Daiso. At first I didn’t see anything I wanted. Then I saw this. 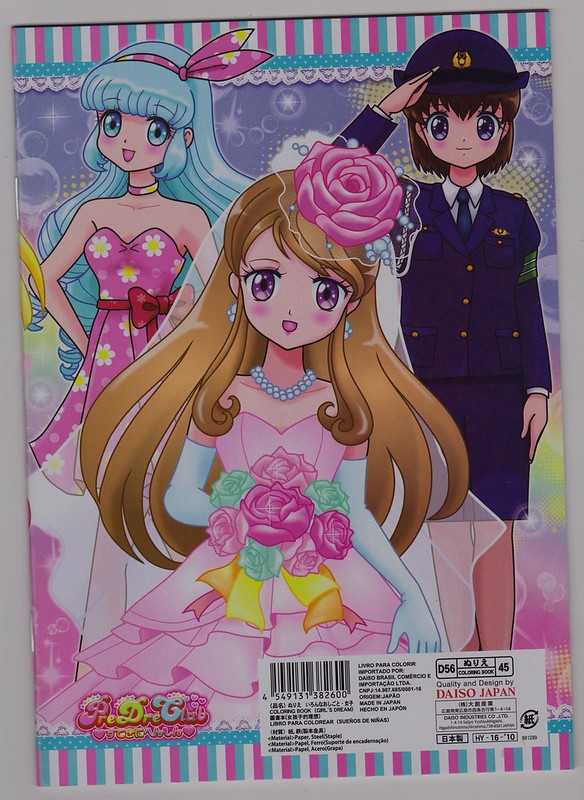 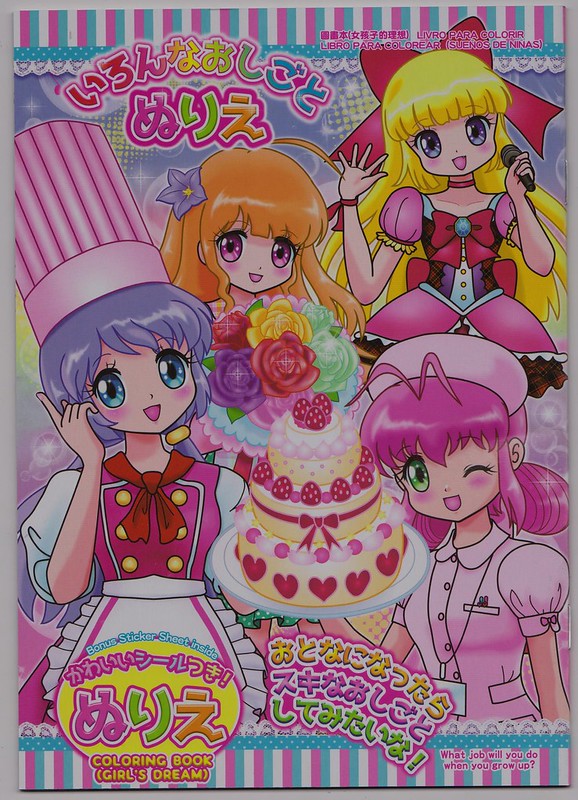 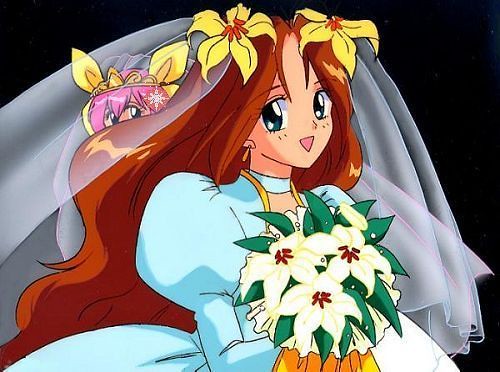 It came with these stickers. The ballerina looks a lot like Mew Mint. 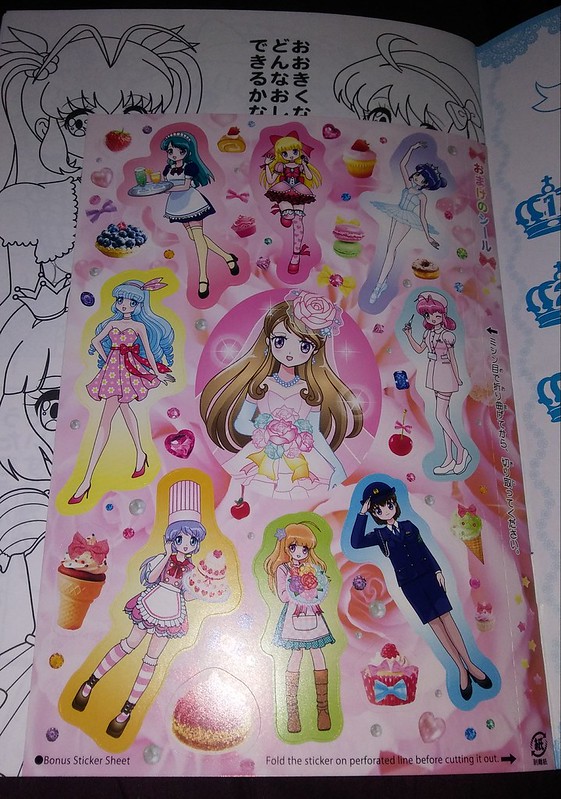 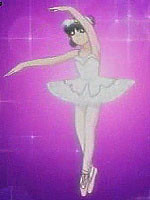 The logo is giving me Pretty Cure vibes. And so are some of the girls in the book.
It says “What job will you do when you grow up?” Uh…get back to me in a few years coloring book girls.

Ok so like one summer that was like my thing. I think in 1998? I would just color in these books while I watched a local tv station show the Spanish language dub of Dragon Ball Z. I have quite a few Sailor Moon books, and a few Pokémon ones. I also have some Lovely Wink character ones that are really big like a foot tall. 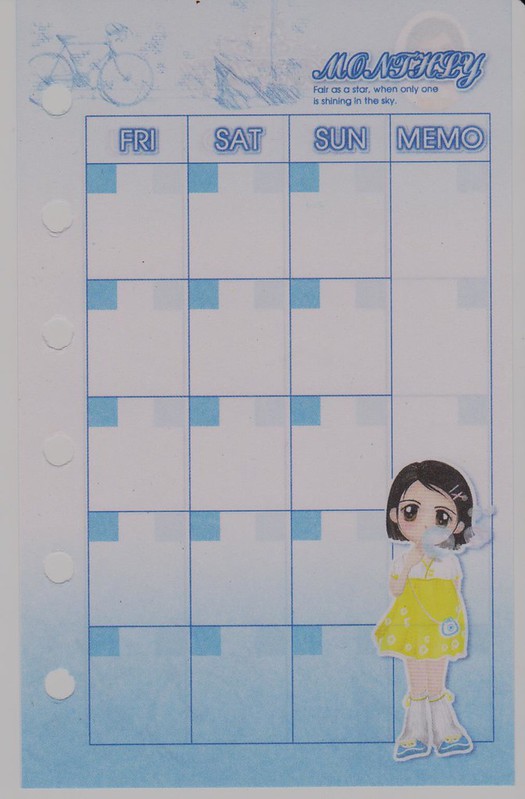 I did get a Sailor Moon one in 1999, and the only reason I was reminded of it is because my CD player broke yesterday. And the time I got that coloring book I also got a new radio/CD player. I go through one about every 10 years.

I also bought some soup spoons because I needed some more. 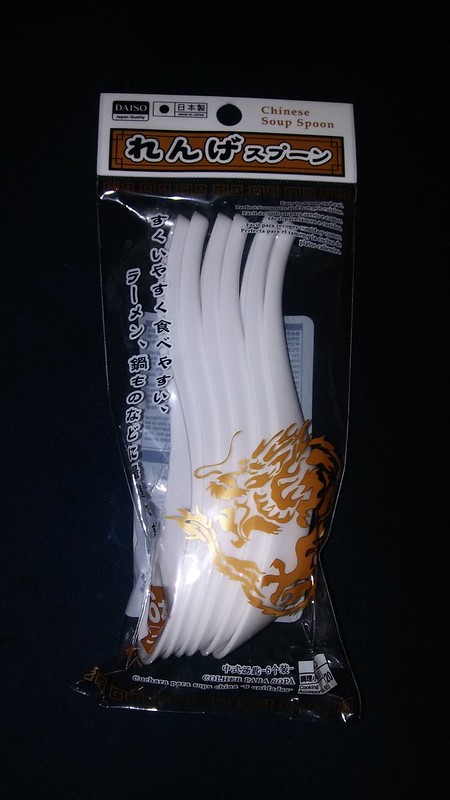 And a holographic hair bow. It’s strange it’s made of like plastic or vinyl. It was hard to photograph. 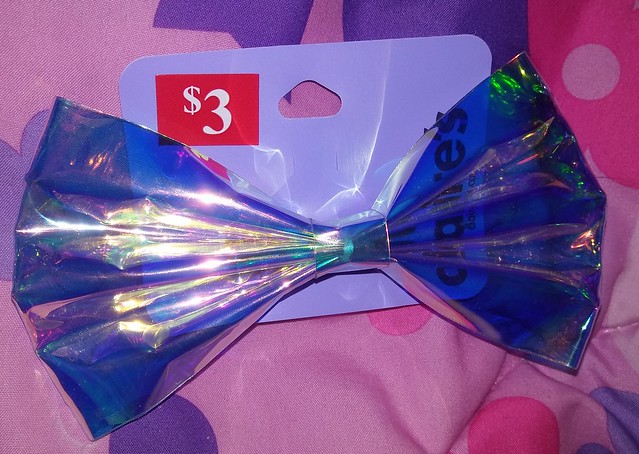 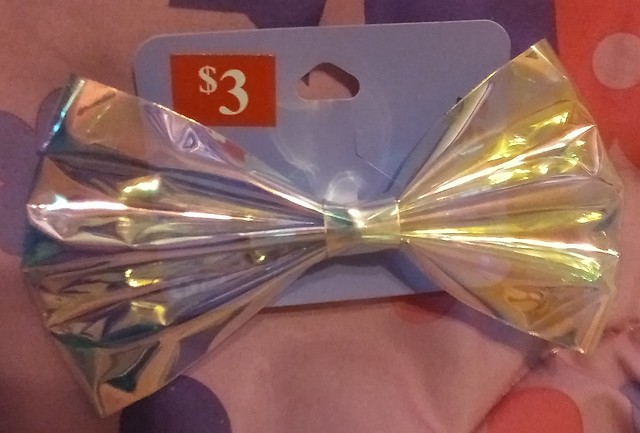