I went to the Dollar Tree and found a Full Moon o Sagashite DVD. I figured it was a $1 DVD so even if I didn’t like it I only spent $1 on it. I love finding discount anime media; videos and eventually DVDs. I also saw a derpy eyed knockoff Fingerling in a vending machine.

My dad and I went to Taco Bell for the free tacos. He didn’t understand how all these people knew about the free tacos. I mean they put that kind of stuff in your news feed. All he did was complain about how crowded the Taco Bell was. The reason I don’t like going to that one is because their freezie machine is always broken. We tried Nacho Fries they were ok I guess… 😕 I was afraid to try them because I heard they were no good in a youtube video. He liked dipping his taco in the cheese sauce that came with the fries.

So I watched the first 2 episodes. And I thought the series was good. It reminds me of that J-drama Reaper and that anime Annoymous Noise.

pics of the DVD and fake Fingerling on my instagram.
https://www.instagram.com/pikapal91746/

I’m finally deleting my facebook account. I was going to delete it in April before I found out I could graduate. But then I decided to keep it so I could give myself a fake major and job title. I was going to write “finally graduated college after all these years” at (name of college I went to). Plus it would not let me give myself a fake job title at a fake company. 😭 I wanted to give my former job the title “designated rotisserie unloader”. Is there some trick to doing this?

Then I logged on I was 5 posts into my feed, and realized why I wanted to delete it in the first place. Why do I need it?

If I find I really need a facebook page in the future I’ll make myself a new one.

Father’s Day in the Shadows

Since it was Father’s Day we let my dad tinker with his stereo. He asked if I ever go to the record store and ask for record cleaner. Why would I? No, I usually ask if the guy has anything with Martin Gore’s picture on it. My dad says he likes Prince? 😕 Did not know that about him. I thought Prince was too pop for his taste.

Heard that “Fire” song on one of my dad’s compilation albums. Which I recognized from a Todd in the Shadows video. My parents didn’t understand how I knew that song. They are old enough to remember when it came out.

Second time something from a Todd in the Shadows video came up this week. The first was on Wednesday about Coven.

Tricked my dad into taking Myers Brigg test he got ESTJ not expecting that. 😱 No wonder we clash we are total opposites. I thought he would have been INTJ. Well I got the TJ part right. He didn’t understand ESTJ is the opposite of INFP. It matches with my mom being ISTJ. No wonder my parents and I clash so much. But my dad is not one to believe in those type of tests anyway. I wonder what my parents enneagram and aura colors are?

“If you Wanna Dance” by Nobody’s Angel

“So Long” by Everlast

“Not Living” by Coal Chamber

“You Are Everything” by Dru hill

“With You” by Lila McCann

“Somebody Like Me” by Slikk the Shocker and Mya

So I must be weird or something because I cannot get into ASMR videos. To me they just sound like noise.
I don’t mind the ones that a purely/mostly whispering. But all the tapping on things, ear blowing, hair brushing sounds, crinkling stuff, Velcro, smooshing cotton balls, clipboard writing sounds, ear cleaning, popping mouth sounds. I find the sounds loud and annoying. They are louder than the real sounds when you produce them yourself.

Will You Wear the Mouse Costume?

My song blogs are winding down. I think I have 2 more lists of 10 songs to post.

Speaking of songs I’ve been listening to Spotify (the free version) and I’ve been making some epic nostalgia themed playlists.

I had an interview at a Chuck E. Cheese today. It was sort of hard to find. I got there early luckily it was open or at least the doors were unlocked for me to come in. Usually when you go to an interview for some place they make you recite the history of the company or something or rattle off menu items. It really sucks because I studied. I know a lot about this company without even doing extra studying. (The funny thing is usually big companies don’t make me do that at an interview it’s usually the medium to smaller sized businesses who ask) Although I did point out that it was older location because I saw a poster with the older style Chuck E. Cheese. (Bowler hat style) The lady seemed more interested in my availability and why I quit the deli. She asked if I was willing to wear the mouse costume. I said “yes”. If I survived the potato incident I think I can survive being in the mouse costume. That was pretty much it. The interview seemed pretty painless. Plus there are some old training videos uploaded online that I could watch for supplemental learning if I get a call back.

Here’s a funny random memory about Chuck E. Cheese. Once when I was a kid I went to a Chuck E. Cheese. (not the location I interviewed at) I didn’t even know that particular location existed as a kid. Anyway everything went wrong for the workers at that place. They sent out Mr. Munch to the arcade part and I was there playing with the other kids when they just swarmed him. By the time I got to see him the other worker/handler told us kids that he needed to go back. When I look at the worker I see them carrying one of Mr. Munch’s giant shoes by the laces. As the character limping along with one shoe and one sock. Also during that trip although I didn’t see it some of the workers said that Chuck E. Cheese’s head fell off.

“All Around the World” by Red Hot Chili Peppers

“Pumping on Your Stereo” by Supergrass

“Anything but Down” by Sheryl Crow

“When I Close my Eyes” by Shanice

So my job search has been going I don’t know “meh”. At best.

There was this one cleaning company I wanted to apply to, but it said no hair past your ears and I’m not cutting my hair for that job. It wouldn’t be worth it.

I applied for some place and they called me then they thought they got the wrong number. They asked for my name. Oh well I guess I’m not getting an interview with them. 😅

It’s already June and I still don’t have a job. I’m a bit worried.

Found out I owe the school money again for not finishing my math class, but it was less that I excepted them to ask for. Got my state tax refund check and it was a lot less than I was expecting.

I couldn’t save all the pictures from photobucket. 😭 Maybe I’ll use instagram with my blog again.

We are back with another entry from the personality journal. This one is about collecting quotes. I was gonna write them out, but then I just decided to go to my pinterest quotes board and just pick 4 that fit the themes. I saved and posted them. This is why I needed flickr to be up and running to do this. I was going to post this last month, but I’ll post 2 personality journal entries this month. 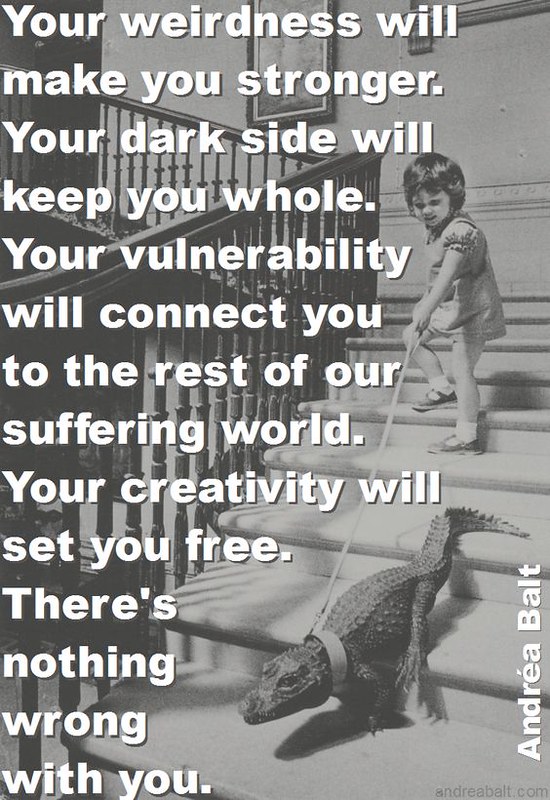 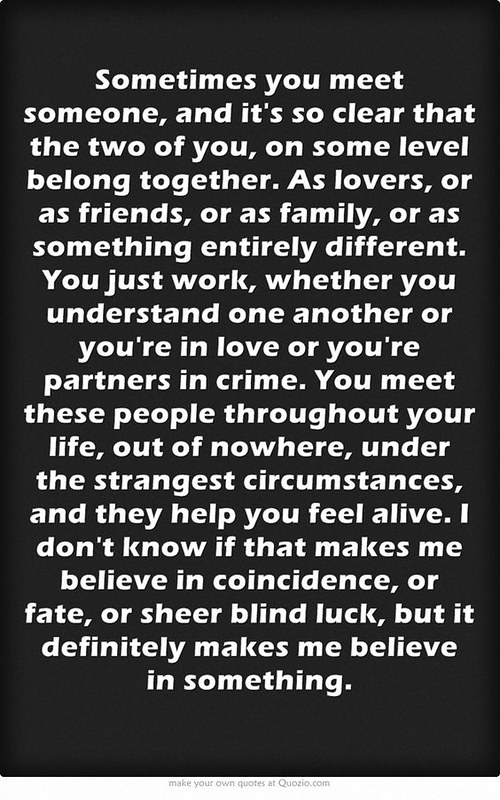 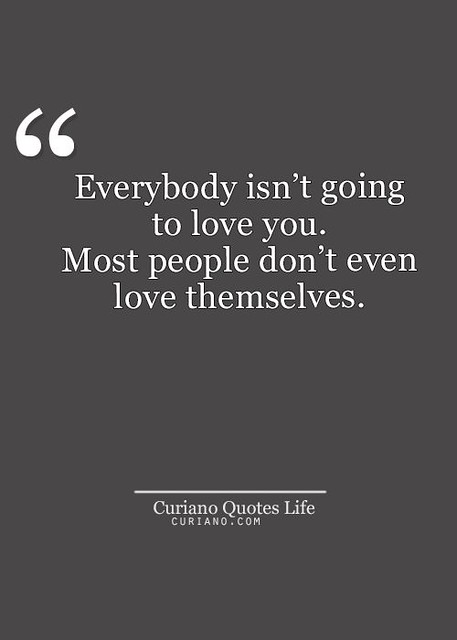 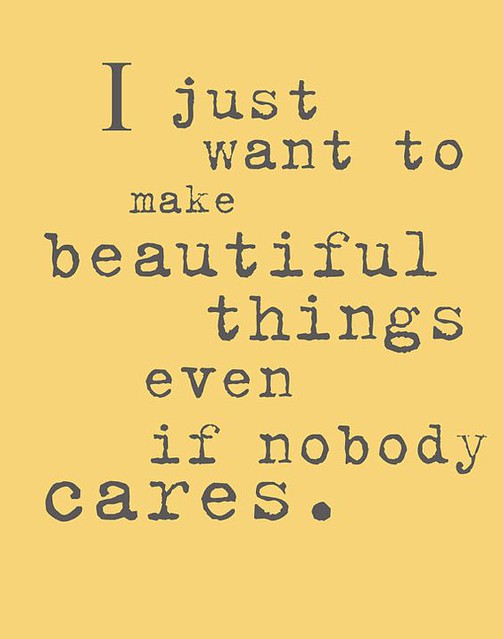