Did you know that song is about male prostitutes? (Did not know that until yesterday)

I was reading about the inner child and it can manifest itself in different undesirable ways. It’s not all whimsical feelings, good vibes, making drawings with crayons and watching nostalgic tv shows. They came out and it was ugly. I think the people pleaser, perfectionist and the saboteur came out upon the arrival of the bad news. I felt like “I can’t even do that right! I don’t even know how to graduate college!” I was having nightmares about it. Like I was a fraud who was misrepresenting them self. I had to temporally suspend my job search.

In unrelated news I realized I could work on the blogs I was planning to write about my life back in 1999 and add fun pics to it.

This morning I got a voicemail/call from the counselor telling me that they sent the letter as a mistake and marked off that I was trying to get a different diploma with a transfer to the university that has a different math requirement. (I was working towards that until I found out I could get the one without the transfer with the level math I had taken) We’ll mail it to you in December. They told me 12 weeks back in April, but their math was a little off. The counselors suck there. Like everybody who goes there knows that.

What a relief! Phew!

Then a few hours later I got a call about a job, but they wanted me to work there until after 11pm. Most available jobs seem to be for overnight cleaning at food places. Why do they ask about my availability if I mark off 9PM or 10PM  (depending on the location) I mean that not 11PM not 1AM.

Plus my dad was being real nosy about the bad news I received. I didn’t wanna tell him at first because if I overreacted I knew he would.

I’m back with another entry from the personality journal. This is my 2nd to last one from that book.

I believe the secret to my future happiness: I don’t know. (what kind of a question is this?)

After high school I hope to: Not be a bum (high school was a long time ago)

Marriage is a/an Scary thought for me

A fortune I’d like to find in my fortune cookie: “you are (my name)”. It’s better than “every house has a bathroom” or “you will find true love on flag day”

A risk I want to take: Do something stupid like go around dressed up in a costume not on Halloween or anything like that.

I get a letter in the mail that my degree. It got denied. Why did they tell me this just now?
My mom got mad because I freaked out. Why not do it? This is my future here!
I feel like I can’t do anything right not even graduate. It said my math was not met. Even though I asked the counselor many times if I needed to take more classes and if I could drop the math class I was taking and doing poorly in. But when I tried to call the number on the letter it said it all circuits are busy. I thought the phone was messed up but I could call myself from the landline phone so it wasn’t. But when I called back like an hour later I got through. I left a message that’s all that I can do for now. Maybe I’ll stop by the school in a few days to see if I can get this cleared up.

Later I was watching the music video for “Halo” and I got really sad.

Ok not really. Yesterday I got my check from the place I worked at. 😌😃🎉💰💸 I didn’t net as much as thought I would. I think they sent it to me quickly because I kept pestering. I was like Bart Simpson and his spy camera. 📷 I didn’t sign up for volunteer work in that hot place for a day. And it was really hot yesterday and I was happy I was not working there that day. But I learned an important lesson. If I go somewhere to work and they don’t immediately document you working there I’m leaving.

My mom tells me I fight for the wrong things. Like when I was upset people said I couldn’t act and it took me over 20 years to realize I’m very bad at acting. It’s like how in the English dub of Sailor Moon Luna gets mad at Serena for not focusing on her Sailor duties. But somehow she thwarts the bad guys. I guess it’s a good plot device.

Anyway I got a refund for something else so I was happy to have that even if it was close to $7.

What do you do when you leave a crappy job you work for a day at? Open up a flickr account! This one is to help all the pics photobucket made me remove and stuff and for new pics, but I have to be stingy about how I use them. Since it’s Martin Gore’s birthday I thought I’d splurge.

I had the day off to celebrate! That was purely coincidental. But enough complaining about that job I’ll do that tomorrow! I wrote a sappy birthday message to him on their official Instagram because why not?

Look at him as a boy! So cute! 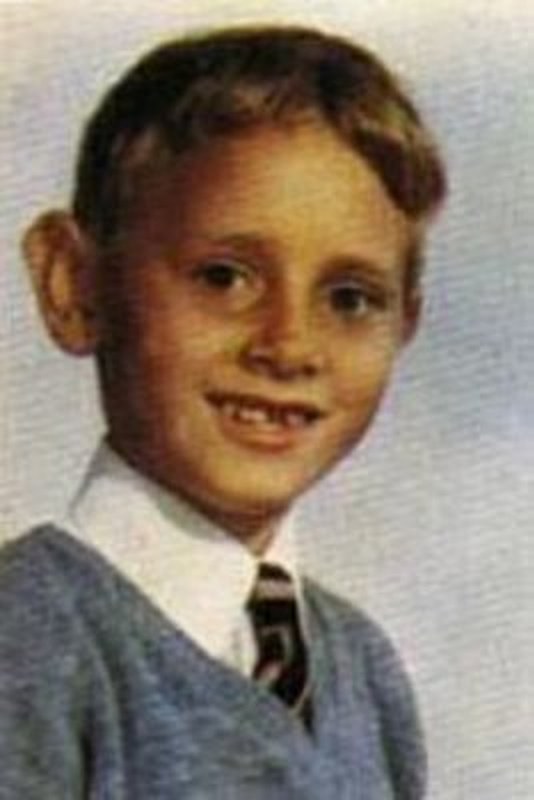 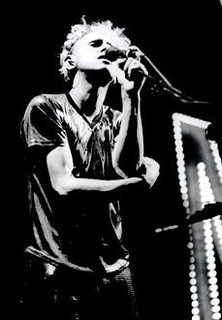 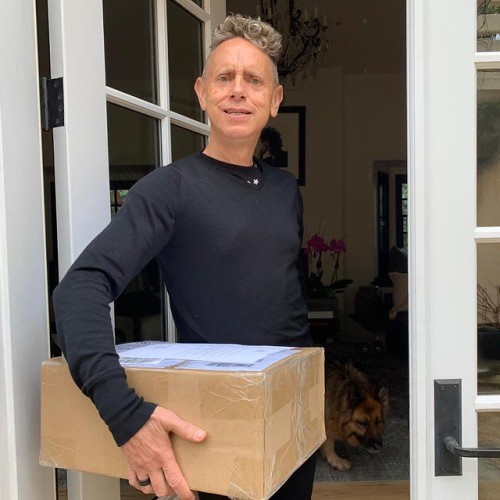 Won’t be a Record Setter with Free Labor

I lasted one day at my new job won’t be able to break that record.

So when I showed up me and the other new lady were greeted by a worker who was so happy to see us because they were understaffed. Then they didn’t have time cards or anything for us 2 new people to sign in with. They were just like get to work. I didn’t want to do it at first. They said some guy who wasn’t there yet had to do it. He shows up close to 10AM and stays for a little while to do some job not related to us and then leaves. My new coworker who joined on with me was very interested in my deli horror stories. They made us work for 3 hours straight and then got a 30 minute break at 10 am. And then another at 1PM for lunch. One of the supervisors wanted me to work overtime, and I still don’t have a time card. The guy comes back at like 2pm and gives me and the other new person a tour and a safety handbook. Then I ask about the time cards again. I was feeling really sick it was really hot in there. I almost fainted twice! I cut myself on some labels rode out the end of the shift. On my short walk home I decided not to come back. I wrote my resignation email. (a tip I learned from The People’s Court) and thought of it as a learning experience.

This is a list of things I hope won’t happen at my new job:
I have to watch a bunch of nonsense videos.

I have to touch meat that I’m not going to eat.

Somebody cries in a walk in fridge.

Somebody gets mad at me about potato salad.

I have an argument about a pizza.

Somebody asks me to pick them a watermelon.

I wash dishes for 2 hours.

I really want to stay there for a long time. I want to break my record at the deli tenure which was 2 months and 10 days. My parents told me to make myself useful, but I’m not doing that again. I’ll try kissing up to upper management.

How many times do I have to say to my dad “I got lost when I went there because the GPS in my phone didn’t work”?!

I was going to post a personality journal blog, but we can save that for next week.

While I was idly playing on my phone I got a text that I got the job and to come in on Monday at 7AM.

When I tell my dad he gets mad at me for not having “work food”. I literally got the message a half hour ago while you were shopping. WTH?!

I’m happy to have a job again to pay my bills and stuff, but I’m even more excited to buy more secret hobby stuff. Since I have been feeling a bit discouraged lately about not having the right stuff figuratively and literally. Maybe the members of New Kids on the Block can sing to me about it.

So I went some place near me to fill out a job application. The place was hard to find. And I couldn’t use my GPS in my phone since it was still not getting reception. It should be better since I was outside and they told me being “outside” was better.

It wasn’t bad I guess. I don’t know. There are no rotisserie chickens. So that is a good thing and set hours. No getting there and being told “Do you want to work 3 extra hours tonight? We only scheduled one person for this.” And if I work there I don’t have to deal with the public.

Then I read something online that got me riled up, but I’ll talk about that later.

People are talking about the 50th anniversary of the moon landing. If you remember that when it happened you’d be really old. Happened way before I was born. I don’t even remember Challenger. That was in 86. What did they find there on the moon? The Moon Kingdom ruins? Rita’s trash can? Who else lived on the moon?

I got my phone to mooch off somebody’s wifi.

For the past 3 days or so my phone has been getting shitty reception. Finally they admit that the tower is broken or something. Because every time I call them to complain they act like I’m the problem and told me to only use my phone outside. WTF?! I’ve been having bad service since April.

Also those photo hosting sites need to get their shit together. Flickr has not updated their login for non yahoo users. And photobucket still keeps sending threatening emails.

I’m some good news my facebook is finally deleted. It feels good to get rid of it. I hardly logged in to my account in years. I’d delete my twitter, but I wanna save my tweets. Plus I still use it occasionally like once or twice a year. And youtube baseball is so much better than facebook baseball was.