But I forgot so here is the Barbie dog out of the package. I thought the head was articulated but it’s not. 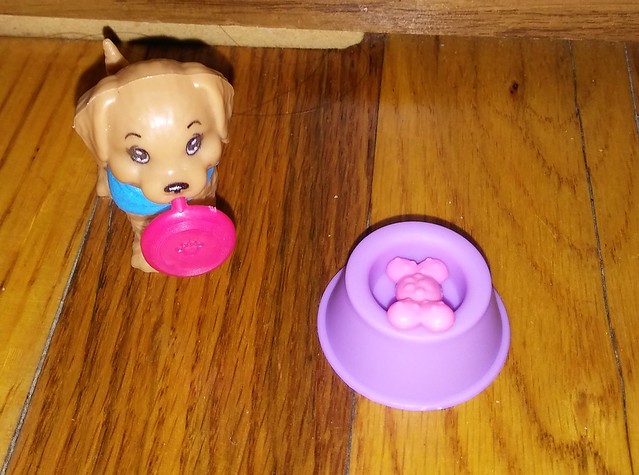 Here is a picture of my Stella doll with the dog. I was supposed to post this yesterday on her birthday, but I forgot. 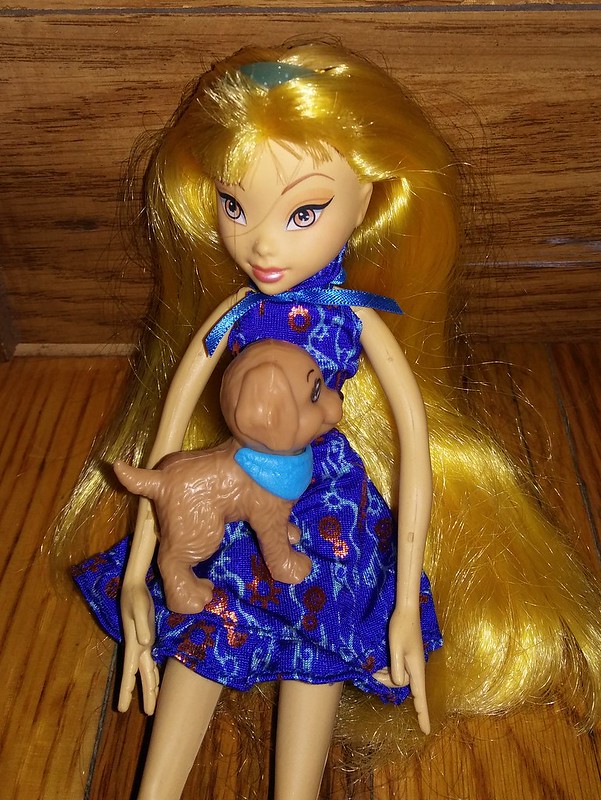 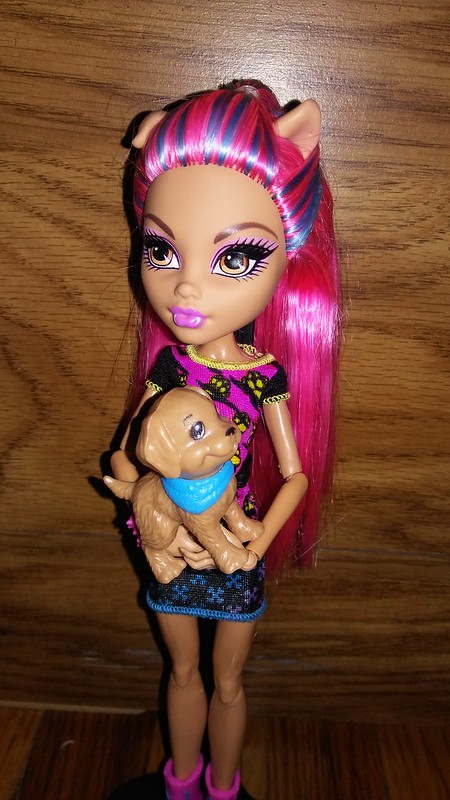 And Howleen cause I thought it was funny.

I got a job interview tomorrow at one of my dad’s favorite local restaurants. I don’t like the food there and I think the only reason I applied there was because of my skills. I had before, but I think they ignored me because of the lack of food card.

My dad asked if I got another interview. I felt like Stewart from MadTV “I don’t wanna say!”

So I have to learn about the “restaurant” from him. He wanted me to say that he had been eating there since the 70s. (I’m not going to say that) And to memorize the menu. Honestly I don’t like the food there. The meat is tasteless and the bread is horrible and chewy in a bad way. The bakery I worked at made better bread than that.

I sort of had a feeling he would make a big deal about it and might be disappointed if I don’t get the job there.