So the guy is reading from a notebook. He tells me a little about the company. He tells me the company was started in the 90s. He was just trying to go through what was written in the notebook item by item and trying not to let me see it. So he was holding it very close to his chest practically guarding it with his life. It was my fault for not studying. I think the lack of knowing how to use a cash register is something that hurts me.

My dad misconstrued what the job was that I interviewed for and where it actually was. Maybe I should just start making up fake jobs that I’m interviewing for like air marshal or news reporter.

I got a rejection email for some store I applied to a long time ago. I’m pretty sure I applied to that place in the spring after I left school. That was months ago. I know it was in the spring. I tried to reapply to a different location, but the website was giving me problems.

I finally retook my food handler test. I have been meaning to take it for over a year now, but never got the time to do it. My mom kept trying to convince me not to take it for some reason. It was weirder than the last 2 ones I took it was like a poorly animated cartoon. It looked like those ones from those youtube videos. My Story Animated and Actually Happened.

My dad is upset I didn’t get a job from the last 2 places I interviewed at. What does he want me to do?

I was supposed to blog this yesterday but I fell asleep. My sleep schedule is all messed up again. 😩😖

Think of this as my Saturday blog.

I went to my interview for that store.

Spending a lot of time loitering in that store let me see what a shit show it was. When I get there the cashier is on the phone arguing with a customer about a return. I mean there are stores you can just walk into and you know a shit show is going on in there.

Some clueless lady comes up to me and asks if there another kind of store around here. I try to give her directions, but she is from San Diego and has no idea what I’m talking about. Look I’m just chilling here waiting to be interviewed. You have a smart phone look it up on yours. I hate when that happens and to anybody don’t bother asking me for directions to anywhere.

It was not the same person and it was a good thing it was one on one. I really hate group and partner interviews. Because the people who are interviewing like that want the dominant person who dominates the conversation.

It was very different it was one and one and it took place in the manager’s office. Last time it was supported to be a group interview that nobody showed up to but me and took place in the back room. I was interviewed by 2 people who really had no idea what they were doing. (the worst thing about that interview was that I was the only person who showed up and still didn’t get the job) I told her about the deli. Why are other people so shocked and horrified by my deli stories? I guess only people who have worked at that store’s deli chain can relate to the craziness that is the rotisserie chickens. The funny thing I said if I could survive working there I could probably handle anything. Which is something I truly believe.

A Taste for Chicken

Los Angeles is test marketing Chicken McGriddles and Chicken McBiscuits. I liked their previous chicken biscuit breakfast sandwich. The one they had 10 years ago was really good. This new version was disgusting! The chicken in McDonald’s sandwiches is so gross! Not just in this one, but in others too like the McChicken. *gagging sounds* This also used to be good but it changed maybe like 15 years ago or so and I hate them and can’t eat them. (which is funny since I like Jack in the Box’s version of this sandwich) The strange thing is that the McNuggets don’t taste like the nasty chicken they use in the sandwiches. I’m not sure why or how but they do. Neither does the chicken tenders. But I’m really glad in a way that means less fast food garbage in my body. I just wish I could go could cold turkey one day from all of it from everywhere. Even Subway their sandwiches are nothing special. (not that I’m a big fan of cold fast food sandwiches in general)

I was reading this article yesterday. I was thinking maybe I need to be a bit more complacent at my next job, and do everything without question. At the deli I think they held onto who they did well some of the people because they store is under performing to begin with and all they could retain were those people who didn’t quit in 3 months or less.

Maybe Things Have Changed in 6 Years

So I got a call for a job interview on Friday. I remember how badly the last one went. And oh look it was in August too. My mom asked why I applied there. Only because I need work. But that was 6 years ago perhaps things have changed and those people don’t work there anymore? I remember the person who interviewed me had a very distinct tattoo on their forearm. Now I have deli experience and college knowledge.

Since the AV Club had a list of 1999 movies I wanted to see how many of the ones I complied matched up to their list. I only had 5 of the 25 listed. Here is my previous blog about 1999 films with pictures!

There were quite a few big movies from 1999 I was missing.
The Sixth Sense
Princess Mononoke (released in 1999 in the US)
Topsy Turvy
Election
Magnolia [My friend confused this movie with Steel Magnolias a 1989 film with Dolly Parton in it]
Talented Mr. Ripley
Eyes Wide Shut
Being John Malkovich

If I die tomorrow, I hope it happens when I’m sleeping

I leave my clothes and shoes to nobody

I leave my makeup to whoever finds it

I leave my favorite purse to I don’t have one

I leave my favorite CDs and DVDs to My dad can sell them. They are “valuable”

I leave my pets to I don’t have any

Today I went to the mall for a job interview at a noodle place. I got the call yesterday afternoon. He just wanted to know about what I did at the deli.

Since I was near there the first store I hit up was the Daiso. I was looking for art supplies, but they didn’t have anything I wanted. I saw this. Why does it always look like they ripped off the design of characters from Pretty Cure? 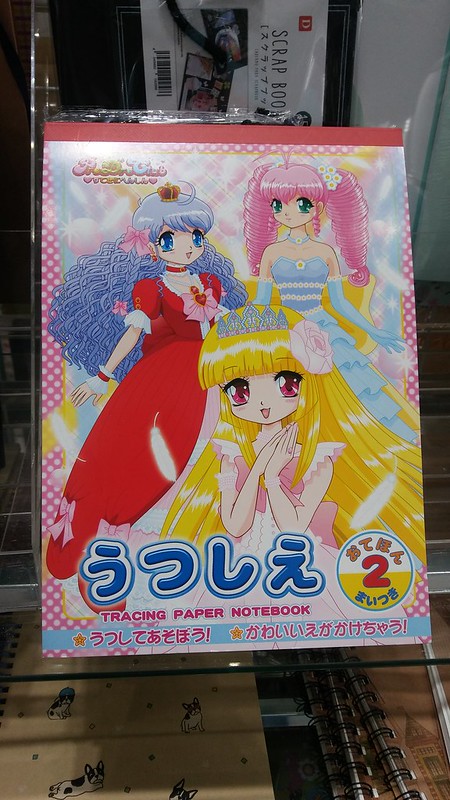 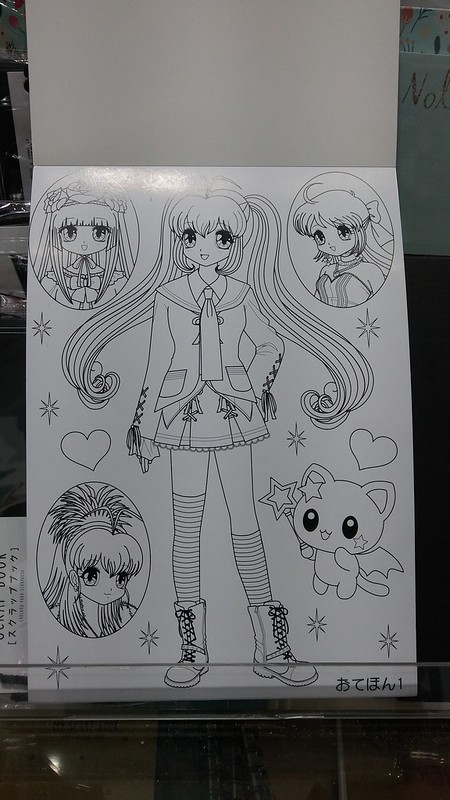 Because if there was another coloring book I would have bought it. I don’t need tracing paper. I was really craving a melon soda so I bought that instead. 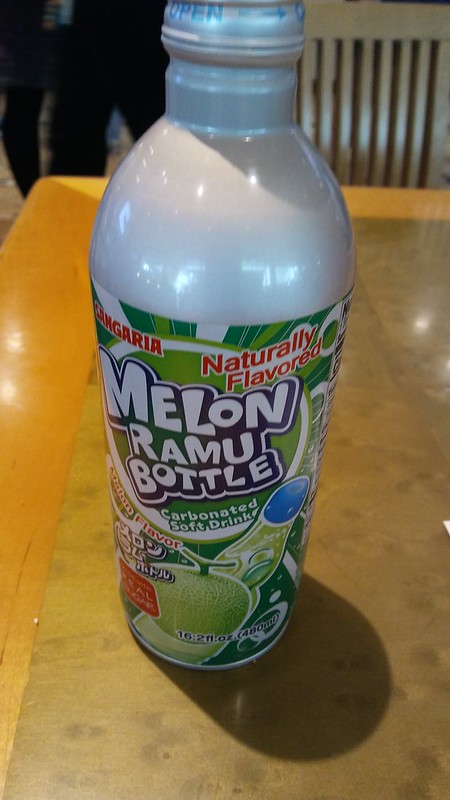 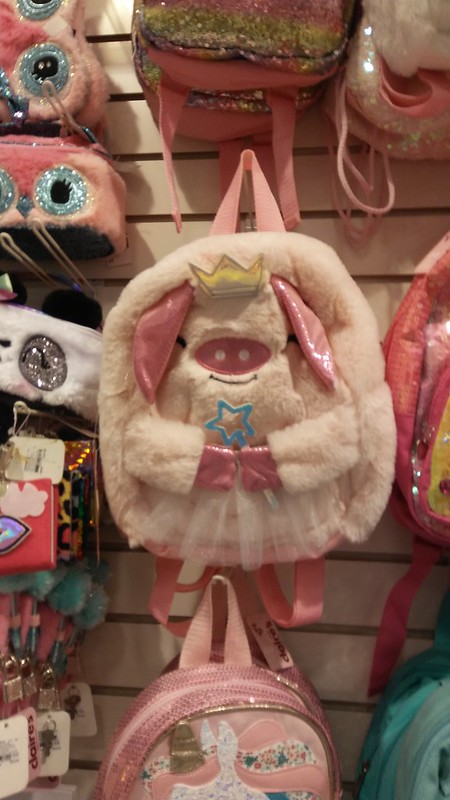 This bag was just strange. At first I thought it was a rabbit, but then I noticed the snout. So I had to take a picture and show it to my mom. Over the past few years Claire’s has been selling a lot of pig items. Are pigs that popular? Only because when I was a kid pig items were hard to find. Everybody would tell my mom that because she likes pigs. They could usually be seen on kitchen items but not things like notebooks and backpacks.

They decided to paint the windows without telling us. So my mom is freaking out as usual. I didn’t know what to do. I knew she was just gonna complain about what I did in reaction to it anyway. I’d rather do nothing than do something and it’s wrong.

Then the windows got painted shut! What a good job.