This is a sequel to She’s Not all That.

The day of the assembly my P.E. teacher called me over and I thought I was in trouble. He handed me a special button. Finally at last I got one! My school was trowing another awards assembly or a “rally”. I still hate the use of “rally” to describe these things.

A few weeks before the assembly my school had the bright idea for the students to write essays about each subject we had to learn and why it was important and how we used it in our everyday life. And it had to be typed. I forgot how long the length had to be. I don’t remember all the subjects but I do remember that there was a math and foreign language one. My math essay was pitiful. I had no idea what to write about so I rambled on about cooking. I think I used the old educational program Math Vantage as an inspiration. Nobody really had no idea what to write about for the math one.

But the other essay I had written was the foreign language one. All I had to do was use my fish out of water story and I wrote a good essay. I don’t know. *shrugs*. It was pretty much a rehash of my Everybody Speaks Latin! blog. But more detailed. I think I included something about people in my neighborhood being mad because I didn’t speak Spanish. Come to think of it that happened to me this year when I was walking home from the bus. I don’t even live in the same city anymore.

Which is funny since I stopped studying Spanish in high school out of frustration. Maybe I should pick it up on my own time. I just wanna learn how to speak it and not learn the writing and grammar aspects of it.

The best part was that I didn’t have to sit in the stands. I got to sit on the gym floor in a metal folding chair.

Then I won a prize a planner. I think the school got them cheap because they still said 19__ in them. It was either a planner or a T square. The planner has a girly flowery cover made of corduroy. What the hell was I going to do with a T square? The only reason I knew what it was because George Costanza mentioned it in The Van Buren Boys episode of Seinfeld. 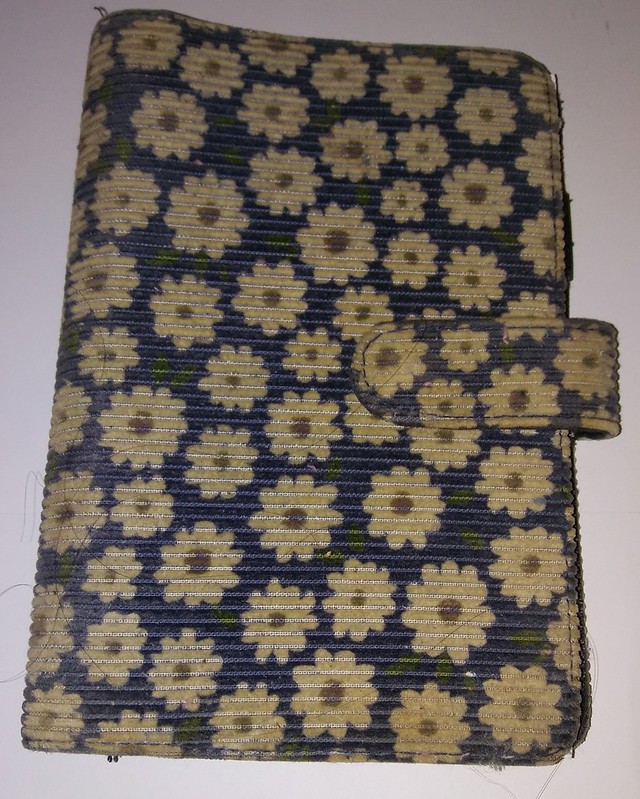 Here is a picture of it I took recently. It’s all beat up. I’ve had it for 20 years. I used to stick band pins in it.

It had this profile part to fill out on the first page. I only wrote my name, phone number, address and blood type. The rest of the numbers are fake. 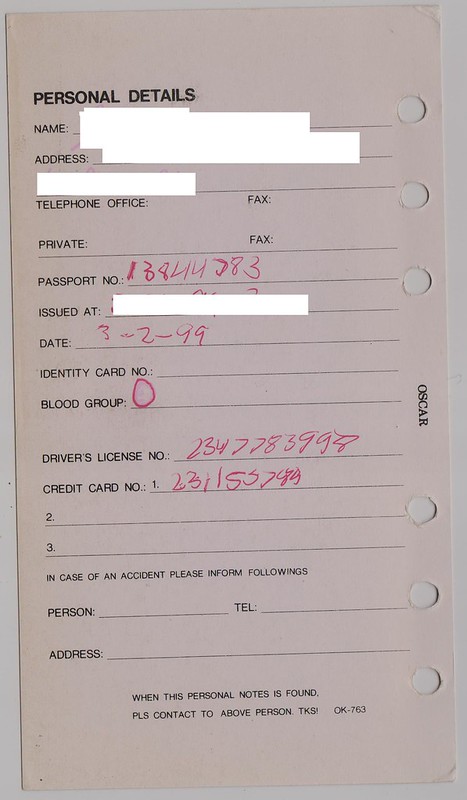 Let’s just say it didn’t keep me all that organized. It didn’t help that my club would constantly change the meeting times. I did use it to manage my time when I was following No Doubt around during their “Return of Saturn” release. I even took it to college with me because I thought it would help. It didn’t either and I ended up doodling in it. I stopped buying refills for it. I did get these cute Hello Kitty ones. 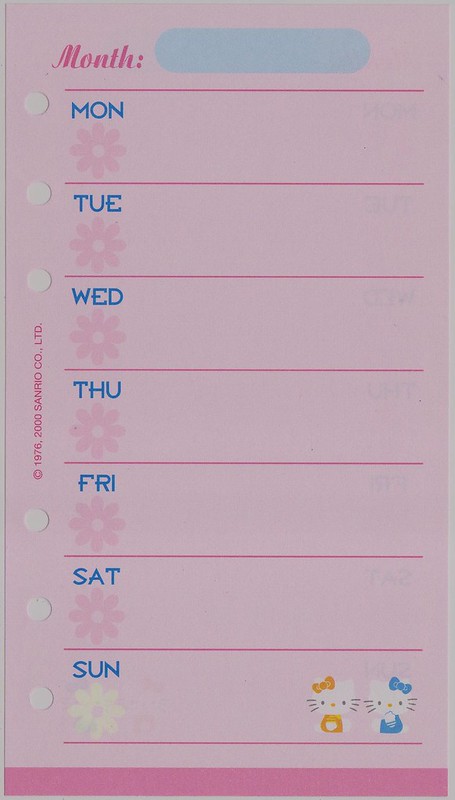 I was going to use it for a school project and then as a bullet journal.