I went to a group interview today. 🤢🤮

These were the dumb question they asked:
“What is your name and what is something you like to?”

“How would you describe your personal style?”
Honestly that is a tricky thing to answer. Have you seen how I dress in non interview clothes? I know I dress boring! It’s cause I’m poor! And lazy I don’t see the point of putting on everyday makeup for 2 hours. I could spend that time doing something else.

“What motivates you?”
I don’t know? Money? Looking out for myself? Not having bill collectors after me?

“What was an injustice you saw and what did you do about it?”
I guess talking about chicken wings was a weird thing to say? Whateves! I knew I was done for.

I knew I bombed it I hate group interviews. I’m just too polite. People don’t like shy or introverted people! They are the annoying ones! The excuse reason was to see how we all got along. Luckily there were only 3 people being interviewed including me. They said if they liked us we’d get a phone call later tonight.

The stuff at the store looked so cheap and like part of the store was stuck in the 90s. In a bad way. Do people really wanna buy junky candles at a mall for over $10? It’s not the 90s anymore. They didn’t even smell good.

For some reason Google sent me a notification that The Masked Singer was on tonight. Which made me laugh because wouldn’t Google know there is a game 7 of the World Series. And all you Masked Singer fans stop bellyaching. Remember when Fox showed like all the playoffs and you didn’t get to see a new series until like November?

I did make it back in time to get a free taco. Sorry about the photo quality there was bad lighting. I do like the baseball themed packaging. 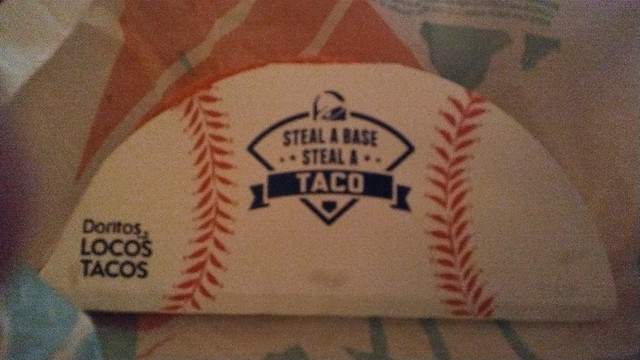 That was the weird thing this World Series nobody won a game at home. Congrats to the Nationals?

In case you are wondering I did not get a phone call.