In 1989 I wanted to be Punky Brewster for Halloween. So my mom essentially did a found cosplay. The costume was the younger version of Punky who wore the pigtails and the vest. We went to the Pic n Save and bought accessories for the costume. We got some random buttons and some ponytail holders. I didn’t like things we got. But to my mom they were “close enough”. Found one of the holders. 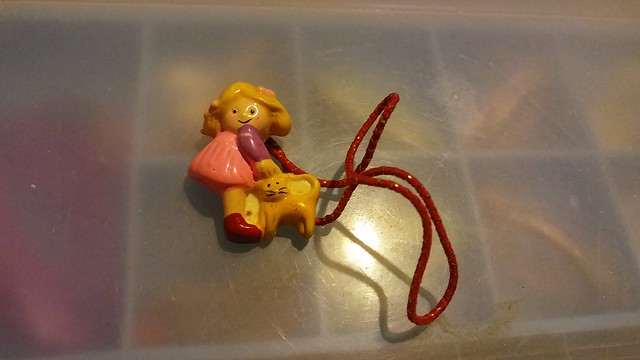 I wore this garish looking sweatshirt that had all these flowers on it in red, yellow, blue and green.
I had the red bandana on my leg. A rolled up pant leg. The red vest with the buttons on it. It was kinda show accurate. I really wanted to wear my purple vest. I loved that stupid purple vest. I liked it so much I wore it in the summer. You know I’d love to get a seamstress to remake me a larger version to wear now. It was made out of lavender corduroy. But the thing that made this vest really special was that it had an applique of a gumball machine on the side. The “glass” part was an enclosed vinyl pocket that had flat colorful buttons inside to be the “gum”. I still don’t know why she wouldn’t let me wear that one. It was so much cuter. I don’t know why she made me wear the red vest she made.

I thought it was outdated. Nobody at school I knew watched the show. Or they didn’t admit to it. By 1989 they had stopped producing new episodes. I wore another costume to school. My mom quickly whipped up a princess costume. I got to wear my fancy address again I was going to wear it for picture day including the class picture which I was sick for. I did wear that pink dress for makeup picture day. And I wore a homemade pointy princess hat.

Here is a crayon drawing of my Punky costume inspired by Matt’s Halloween drawings in crayon. 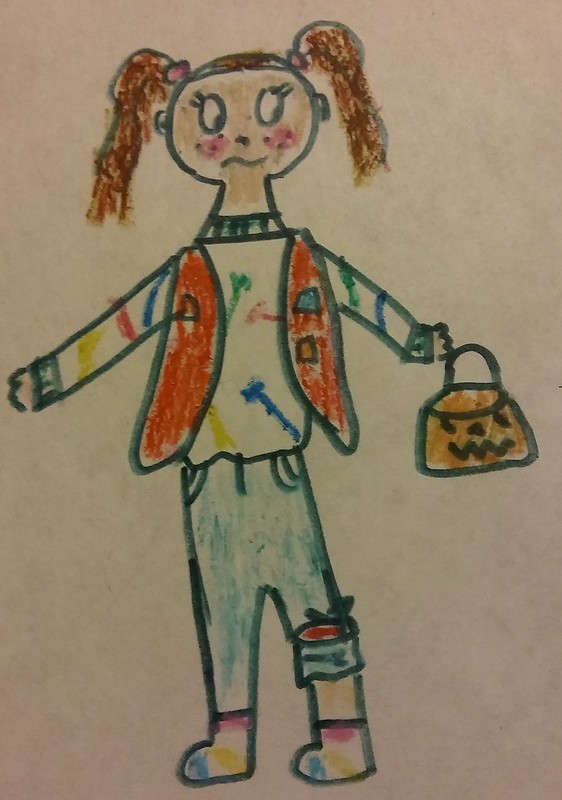