I mentioned Pokémon the 1st movie in this blog. 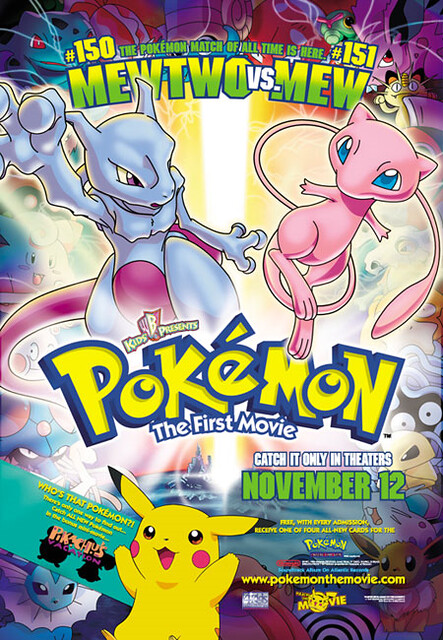 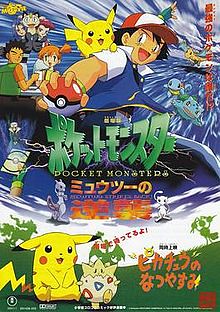 Pokémon the 1st movie opened up on November 10 1999, which is the day before Veteran’s Day. That was a pretty smart move.

I had wanted to go see the movie on the 10th after school but when we got to the theater they were all sold out. But I could go see it tomorrow at 9:30am (that’s what the time printed on the ticket says) When we bought the tickets for the next day I forgot it was a holiday. I was like “I can’t see the Pokemon movie at 9:30. I have to go to school.” Until I was reminded by one of my parents that I had the day off from school.

I had to get up early to see the movie like I was going to school. My mom took me and we got there an hour early. We waited in the car for 15 minutes before we waited in line. We saw the KTLA helicopter fly over. (which was the local WB affiliate that showed Pokémon) When we were walking to the line. After I think about it that movie theater is by a freeway. Perhaps they were reporting on the local traffic? I imagined the kids from school watching the local news making fun and saying that I was in that overhead shot of the local movie theater. Looking at the people waving at the helicopter.

Of course the kids brought their toys and cards to the movie. I didn’t bring anything because I was 15 and didn’t want to lose anything.

When I saw the movie the little kids would scream the name of the Pokemon when a different one appeared on the screen and argue who it was.
Kid 1: “Look a Jigglypuff!”
Kid 2: “That’s not a Jigglypuff! That’s Chansey!”
Kid 3: “No it’s Clefairy!”

To be honest I didn’t like this movie. I thought it was boring. The 2nd movie is much better. I like the Pikachu’s Vacation short at the beginning better than the 1st movie.

One thought on “Pokemon and Veterans”