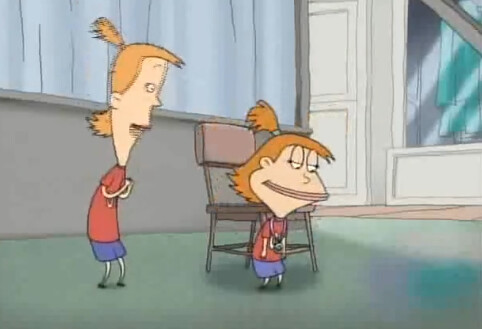 I loved this stupid little cartoon. I thought it was so funny. The show’s songs were performed by Letters to Cleo. According to the wikipedia most of the episodes were written by Suzanne Collins who wrote The Hunger Games trilogy. My 2 favorite episodes are “Pierced Ears” and “Look Alike”. Too bad it only lasted one season.

Survivor (USA version)
The idea looked stupid on paper. I refused to watch it at first. Then everybody was talking about the “rat meat” episode. Luckily CBS reran a marathon to get caught up on it. By season 5 (Thailand) I grew tired of the show. I wrote about it before. I picked it up again for Heroes vs Villains (season 20). Watched a few more seasons then I grew tired of it again. Boston Rob is a creator’s pet.

Big Brother (1st format USA)
With the original housemates; Jamie, Cassandra, Chicken George, Brittney and Eddie. After they reformatted it I thought it got boring. I have not watched Big Brother since.

Egg, the Arts Show
I loved watching this show it made me feel so smart. Back when I took art classes and thought I could be a real artist. I learned so much stuff about art. It reminded me of another show about art called Behind the Scenes.

Jack of All Trades

God the Devil and Bob