Things I Should Do

I’m worried I’m not doing enough in regards to this virus. Things I should do. Sure is plenty I should do. Give all my supplies away, donate money I don’t have, volunteer, clap at 7pm, hold inane video chats, give my job away to somebody who needs it, and other important things.

I was thinking about my old secret hobby arch-nemesis. That’s a strong word, no my foil. Whatever that guy was he did it and hit the ground running. He was gonna stick at never fade away dedicated to the craft. Then died out in about a year in the hobby.

The Time is Now for WWE Ice Cream!

Like I said yesterday I was hoping to get a box of only Cena ones. But I didn’t I took 2 sandwiches out one had Becky Lynch on one side and Macho Man Randy Savage on the other. Seeing his picture made me want a Slim Jim more. 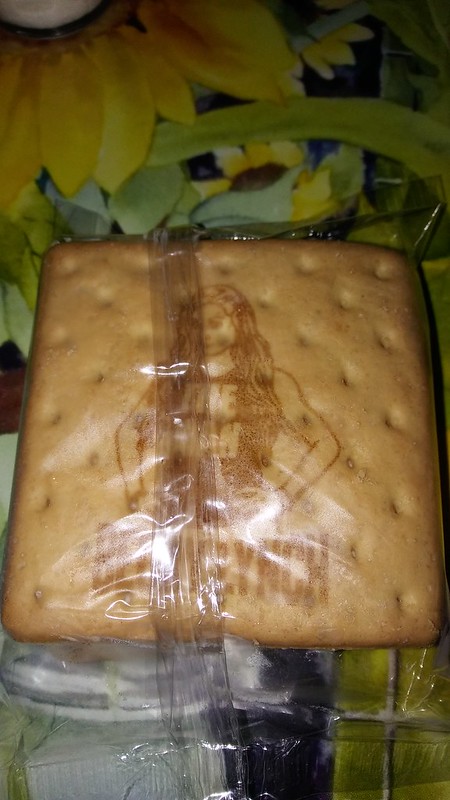 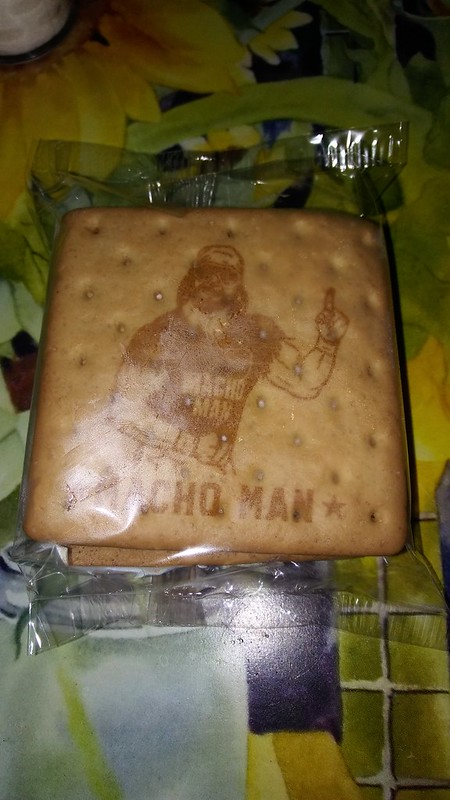 The other one had Cena on both sides. 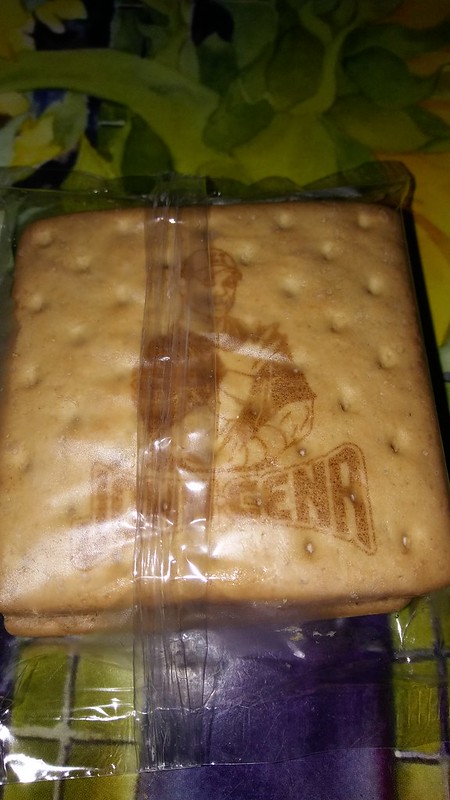 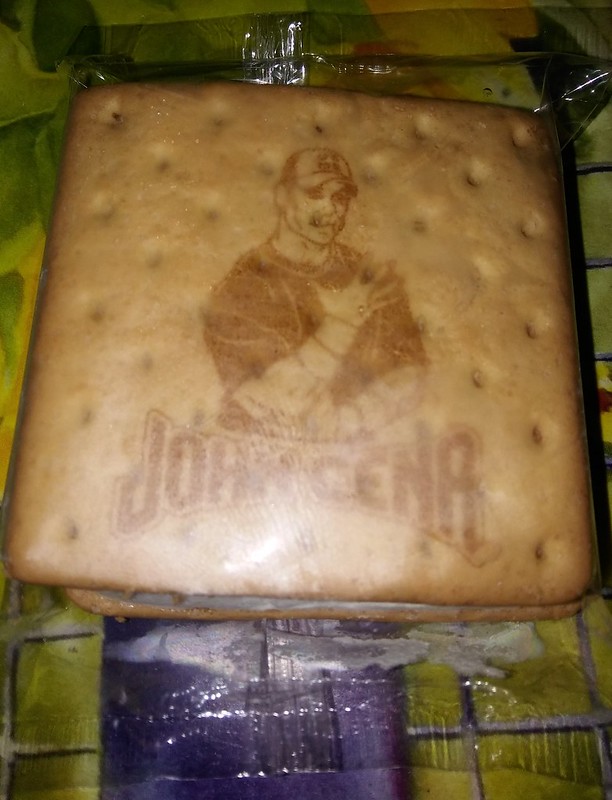 They taste kind of bland. The ice cream is good and creamy though.

I’m trying to start to write again and do some other things. But it’s very slow.

Get Your Bell Rung

I really wanted those WWE ice cream sandwiches and there is a picture of John Cena on the box.

There is only 4 sandwiches in the box. And only 4 deigns. I hope I don’t get all 4 of the same wrestler but I would be ok with a box of all Cena ones. On the back of the box there is a picture of “he who must not be named” Roman Regins. I remember thinking I hope these don’t have dog food in them. Still haven’t opened the box yet.

My bank is sort of closed. They only have drive thru. It’s so hard to do anything now without a car. All the branches with drive through are closed. I found one without a drive thru. But they lock it and have a hidden bell. What is this?! Am I trying to get into a speakeasy or illegal casino?

I had a free taco today and I got a Mexican pizza they are really skimping on the meat. It was 3/4th beans and 1/4 meat. There should be more meat for the price they charge for those things. I really wish the ranch flavored shell would come back. They brought back the hot ones. But I also got some Baja Blast which goes good with tacos. I should be happy find your happiness and all that jazz.

I was busy working on my blog and forgot to post this yesterday.

My mom gets mad because when I go to the store I just buy a mess of random food. I gotta stockpile into the fall. I’m not taking chances. I saw Shopkins in the store and I touched them to look at them, but they were too expensive. (I know they aren’t essential) I touched it in the store and then freaked out. I’m like “I touched a Shopkin I’m going to kill somebody!” She also mad that I’m freaked out about coins now. Plus my parents are mad because I told them to stock up on meat for the upcoming meat shortage. My dad is mad because I won’t listen to him anymore and know that he is just lying to me to make me feel better. Seriously who am I going to believe? Him or my phone?

I was stupid to apply but the guy asking me to come in there in person was even stupider. Then I remembered how stupid it was. Maybe I won’t go to the interview and stay miserable at my job.

It seems all that’s left hiring are shitshows and I don’t wanna work at another shitshow it’s been 3 and counting.

I tried to pour myself into my decade blogs. It’s ok and only a little distracting. Then I watch old commercials of people outside in groups and it makes me sad.

Since pretty much the only jobs left are for delivery drivers which is even more dangerous than the job I have now. I applied for a job; it said “cake decorator”. I think the lady wanted a delivery driver. If you want a delivery driver put it in your ad. It looks like a recently opened location with lots of fake reviews. I’ve noticed there are a bunch of fake reviews for where I work too. If you are going to write them at least use a fake name.

My dad the “music expert” got mad because I looked up a song for my mom on the internet instead of asking him. He doesn’t know music that well and forget about genres he hates. Never ask him a rap question. He can’t answer it. Mbti types organizing physical music. My dad has a very quirky way of organizing his music.

I wanna leave California so badly. They can’t help me here. I’d never tell him my dreams. He’d laugh in my face and tell me what he always says “NO!” I’ve pretty much given up on anything else while I’m living with him. I’ll just get to “no” anyway.

They had me wash dishes again. Apparently they were not unhappy with how I washed the dishes. I can wash all by myself and nobody really bothers me. Not customers I’m too far in the back to see. *waves hand John Cena style* Not coworkers since they all do their thing unless they need something at the sink. At the deli you could sing synthpop songs as loudly as you wanted to because it was so noisy there nobody would be able to hear you. It’s why everybody was always yelling at each other under normal circumstances. Now where I work they don’t play music. Still I don’t think the dishes are not that bad. The worst things there are the chicken wing pans and the dough ball pans. The stuck orange chicken at the deli was brootal. And they never gave it enough time to soak. You didn’t have enough time to wash the dishes well and have time to clean other parts of the deli. I took my time washing the dishes and washing them well. Nobody told me I was using too much soap, sponges, or sanitizer. We never had enough of those things in the deli.

When I was almost ready to leave the refrigerator repair guy came to fix our fridge. It was really crowded there.

Like I said I was right still at 4.5 hours. Schedule says 5 but I didn’t work it. I’m stuck I need more hours. I really wouldn’t care I’d prefer to be jobless at this time. It’s just safer for everybody.

I should really post another music themed blog next week because I haven’t posted one in a while.

No matter what you have to listen to what the celebrities tell you ok? Stop revolting and protesting and leaving your house!

Bob the Builder: Fix It Fun for Game Boy Color

Noddy and the Birthday Party for Game Boy Color (Europe only)

I found out Gene Deitch died. He was the guy who made those Czech Tom and Jerry cartoons. Such classics as “Buddies Thicker Than Water”, “Calypso Cat”, and “Dicky Moe”. And my memory of it here.

I was telling my parents something that they told us at orientation. They told us that you cannot have hired goons to beat up a coworker after work in the parking lot or you wait for them to do that. My parents thought I was making it up or something. And they are sexist about hair. The females have to tie it up but the long haired males don’t.

The new masks they gave us at work are nice and big and cover a big part of your face. The only problem is my face I think is asymmetrical. Most peoples are. The mask was really poking my left eye and I couldn’t see very well and it was making my eye water.

When the girl showed me how to wash dishes there I said that where I worked before we had a pedal to stop the sink. Then she told me the sprayer was aggressive. I wish the water was that aggressive at the deli. It could have helped clean the pans. This? This is hard? Try washing off crusted mac and cheese or orange chicken that sat around in a warming thing (hot case) for 4 hours. That food was crusted on the thing. The hardest part was washing the pieces of the dough mixing machine. It wasn’t as wet as the deli because the aprons we wear are like pleather or something. Not like the fabric ones we wore in the deli. And if they have a problem with my washing they can reprimand me for it or show me the proper way.

I told my dad they were giving away a 4 piece chicken nuggets at Wendy’s. I thought he was going to tell me it was fake or something. But he didn’t, strange.

That HHH 25th anniversary thing was more of a roast than major highlights of his career. Which was pretty funny. The best part was when Vince came out and just rambled. 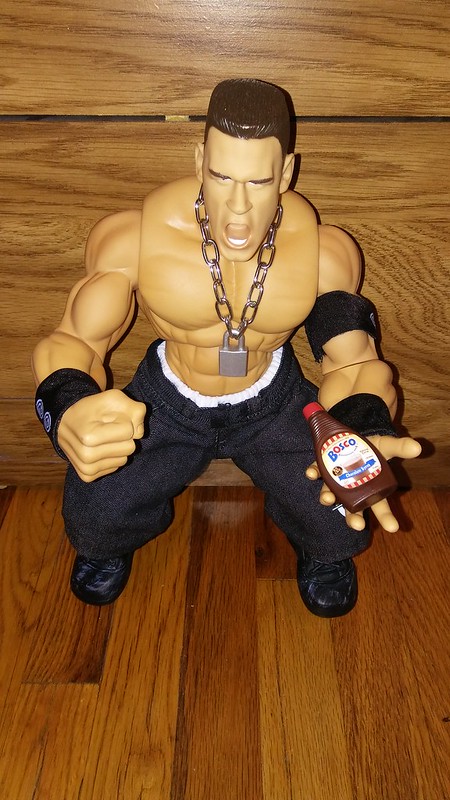 Here is a smaller figure holding a Barbie cake. 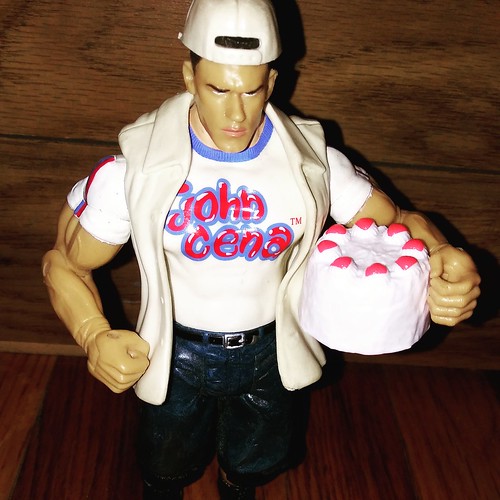 I got a Shopkin and a Unicorn Doll. 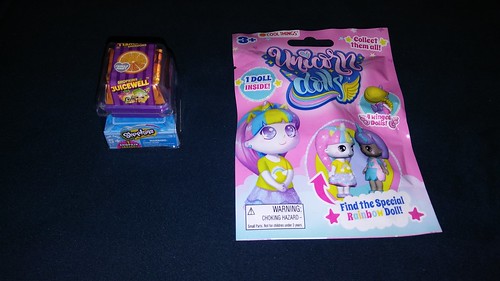 They are Gran Grapefruit and Greta. 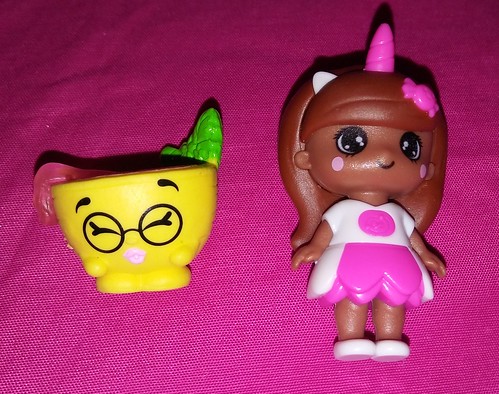 I wanted one after I saw Myfroggystuff review them. When I brought it home. My dad saw the bag for the doll and thought it was candy or food or something.

I kinda like wearing masks in public. 😷 But the only problem is when you wear masks that cover the bottom half of your face you need to have well groomed eyebrows. Whenever you see a stylish person online wearing a mask they have nicely groomed eyebrows or no eyebrows at all. I tried to groom the 2 caterpillars on my face. They are better but still need work. 😕 People aren’t looking at my wonky teeth now. I don’t have to smile as much. I guess you can still do that thing actors do and smile with your eyes.

Gotta love the picture of the burned masks in the article.

Let’s rehash this old blog since this event happened 20 years ago today.

This blog entry is a little better. Too bad I can’t find the Reel Big Fish signed sticker, but here are some Are-oh-vee screen caps for the event and a magazine scan.

I found this in an issue of Mean Street magazine that has a picture of No Doubt on the cover. 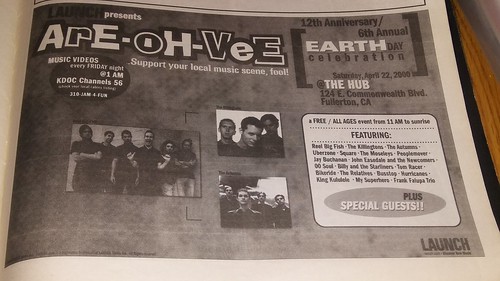 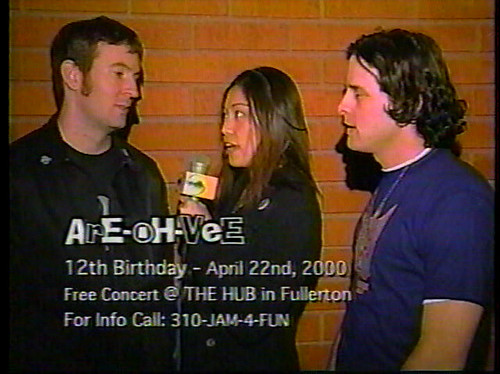 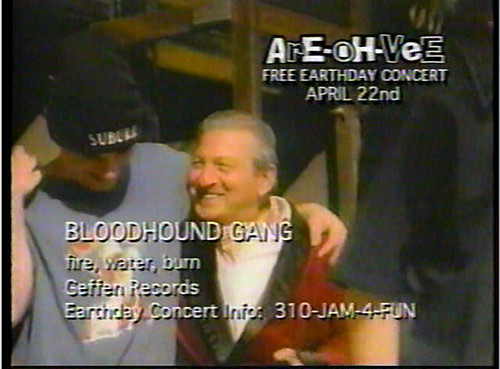 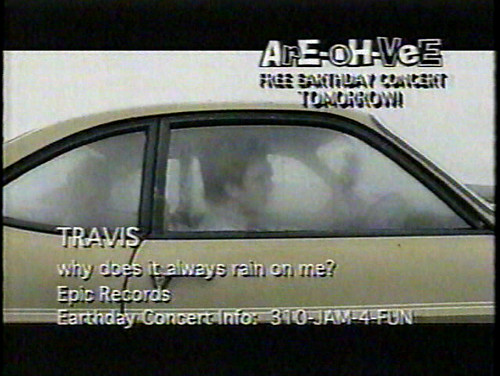 These two are from the commercial they made for the show. 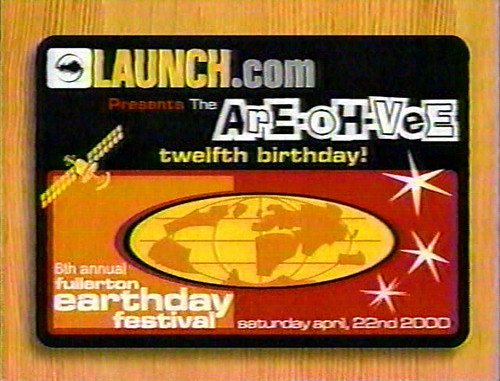 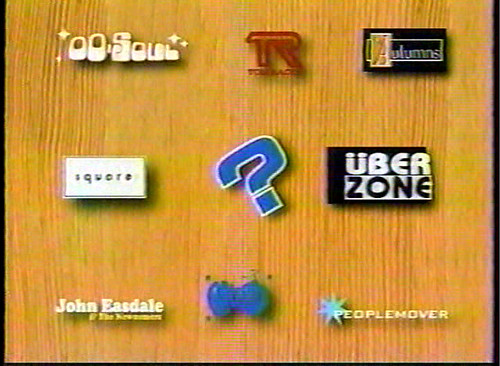